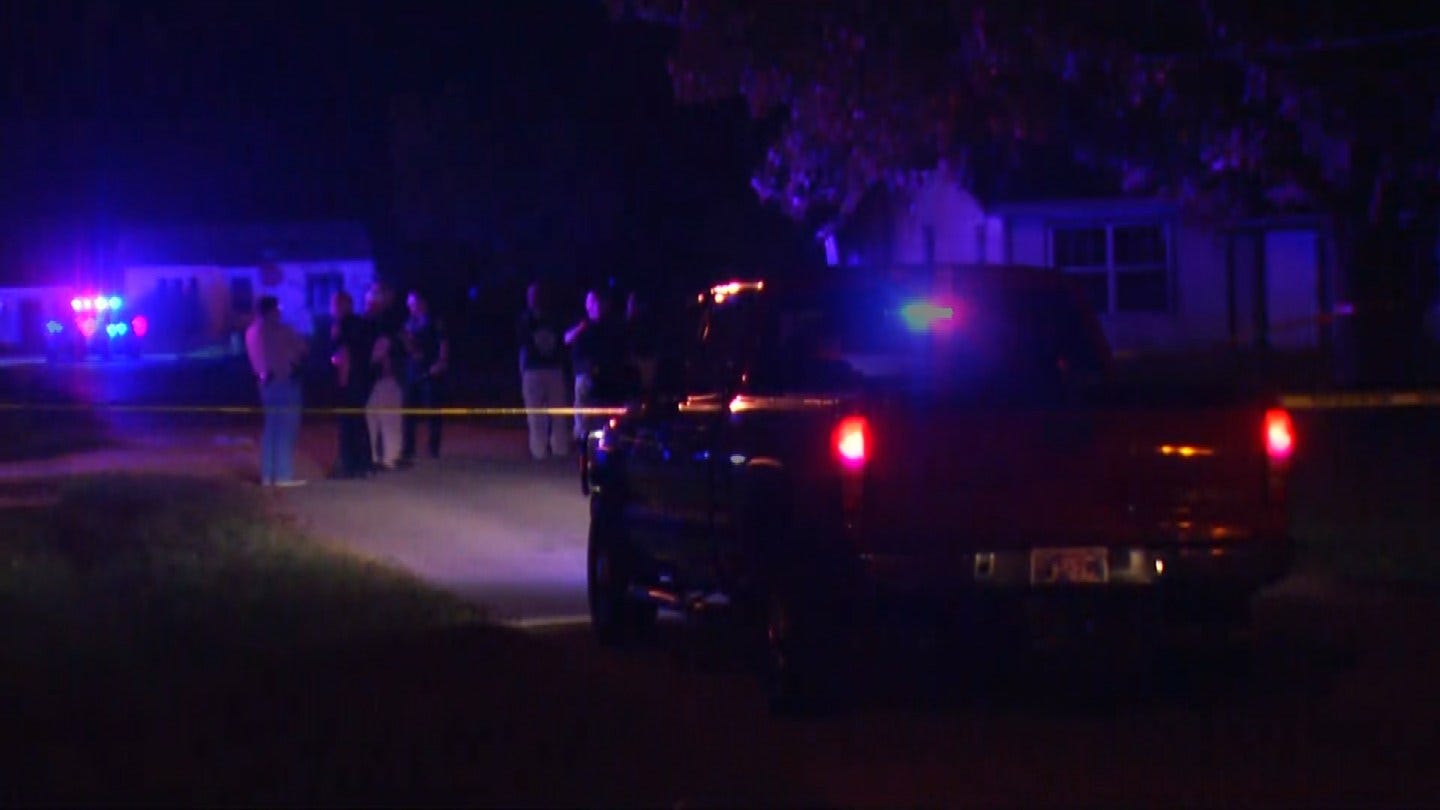 The Oklahoma State Bureau of Investigation is investigating a deputy-involved shooting in Okmulgee County. Investigators say the deputy shot and killed 54-year-old Justin Snelson of Beggs after a chase.

"I was in disbelief and it was kind of scary at the same time because my kids started looking at the window too, and you know I had to make sure that they were away from it because I didn't know if there was like a gun battle about to happen," said neighbor Nick Pigeon.

Flowers, crime scene tape, and an orange glove are all that remains at the scene in the Okmulgee neighborhood.

"Me and my son were just sitting on the bed watching TV and you know I heard two loud bangs," said Pigeon.

The Okmulgee Sheriff's Office says a deputy was chasing a suspect on a motorcycle when the suspect crashed late last night.  Investigators say the deputy fired his gun after an encounter with the suspect near the corner Belmont and Sherman.

The normally quiet neighborhood was lit up with emergency lights and law enforcement into the early morning hours.

And as the Oklahoma State Bureau of Investigation looks for answers, neighbors say they still have questions of their own.

That deputy is now on administrative leave. The deputy's name has not been released.