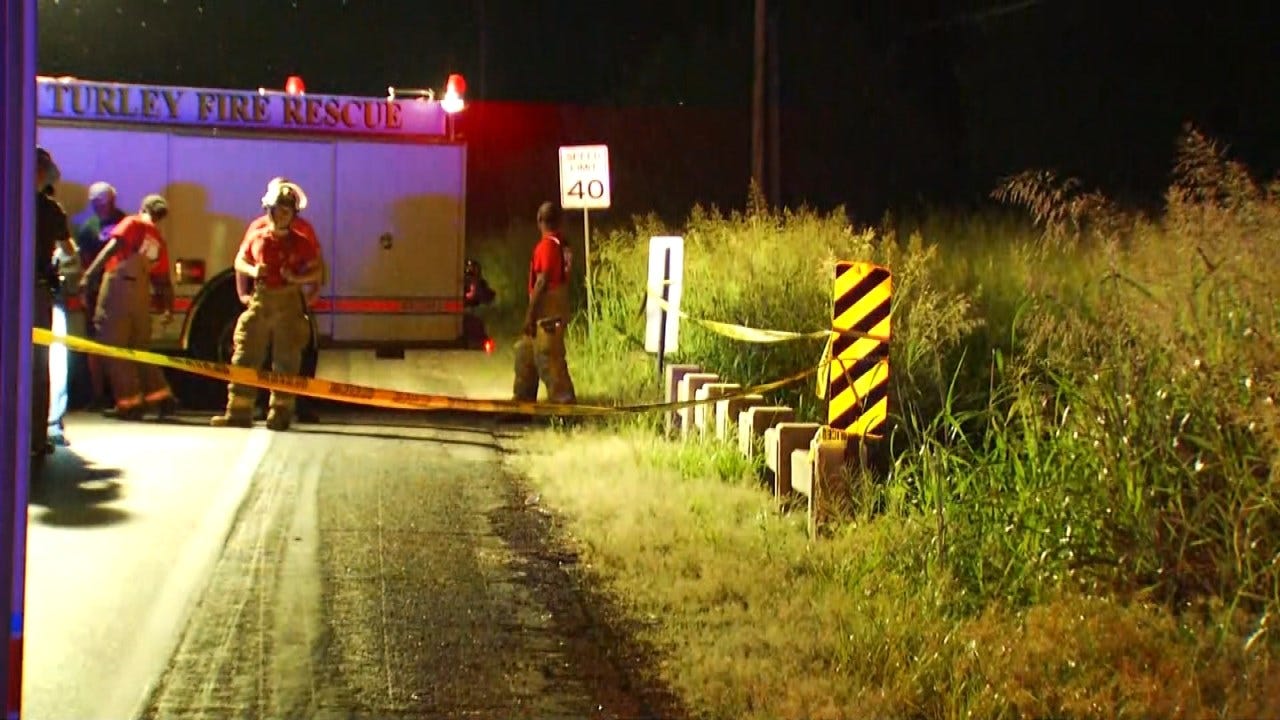 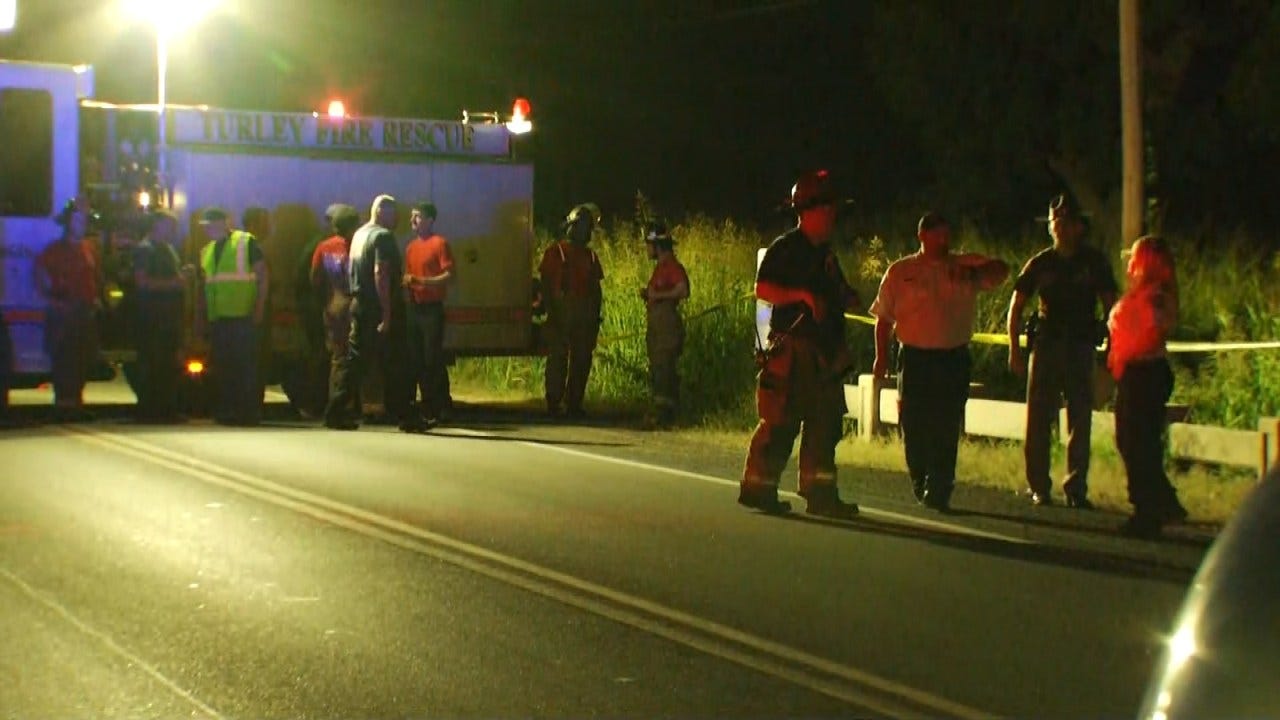 Troopers say Raymond Allen Gibson was found dead in the back seat of a 2006 Ford Focus which ran off North Lewis near 66th Street North before coming to rest in a creek bed.

The OHP says the state Medical Examiner's Office will determine the cause of death but troopers believe he died from a medical condition. The crash remains under investigation.

Troopers are trying to determine if Gibson was the driver and if he was wearing a seat belt at the time of the crash.