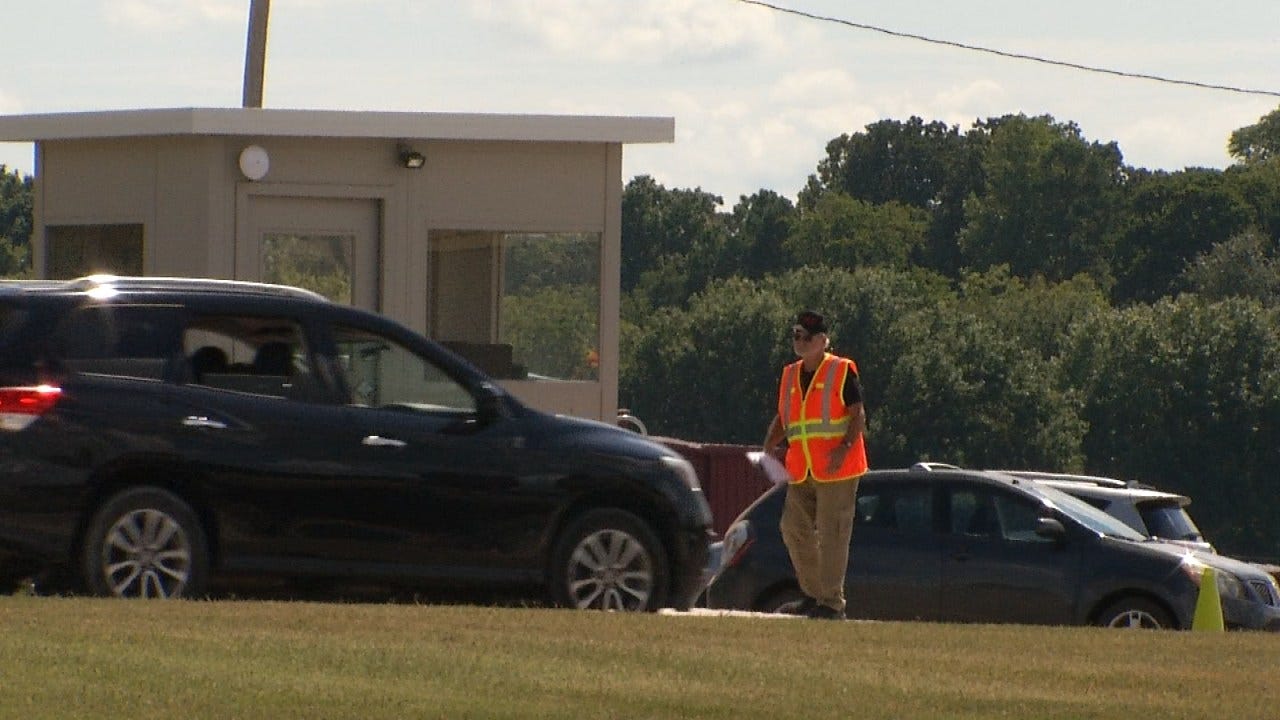 Parents and teachers in Tahlequah have more peace of mind thanks to new beefed up security measures in place at the middle school.

As drivers show up to Tahlequah Middle School, they'll be stopped at a new guard shack, and asked for information.

As each person drives up to the parking lot, attendant Denny Brown asks who they're there to see and writes down their license tag number.

"I think it's effective in that people see that there's somebody out here," said School Resource Officer Marcus Sams.

The high school has had a similar shack for years, but the new one at the middle school allows another person to keep their eyes on school grounds.

The $8,000 shack was paid for by fundraising, so the principal said it won't impact the school budget.

"We're lucky enough that we have people in the community, business owners and we actually sell banners for advertising in our gym," said Tahlequah Middle School Principal David Bookout.

Police said, per student, Tahlequah has more school resource officers than any other district in the state.

And this quick stop before parking adds one more layer of security.

And when he's not tracking who's coming and going, he's inside the guard shack, keeping a close eye on all the security cameras.

Kelly Gibson has a 7th grader at the school.

"It's peace of mind for everyone … so, we wanna make sure when they drop them off here at school, they're safe for the day and so anything we can do to make that happen, that's what we wanna do," Bookout said.

Right now, there aren't plans to put guard shacks at the elementary schools, but school leaders say that's a possibility for the future.