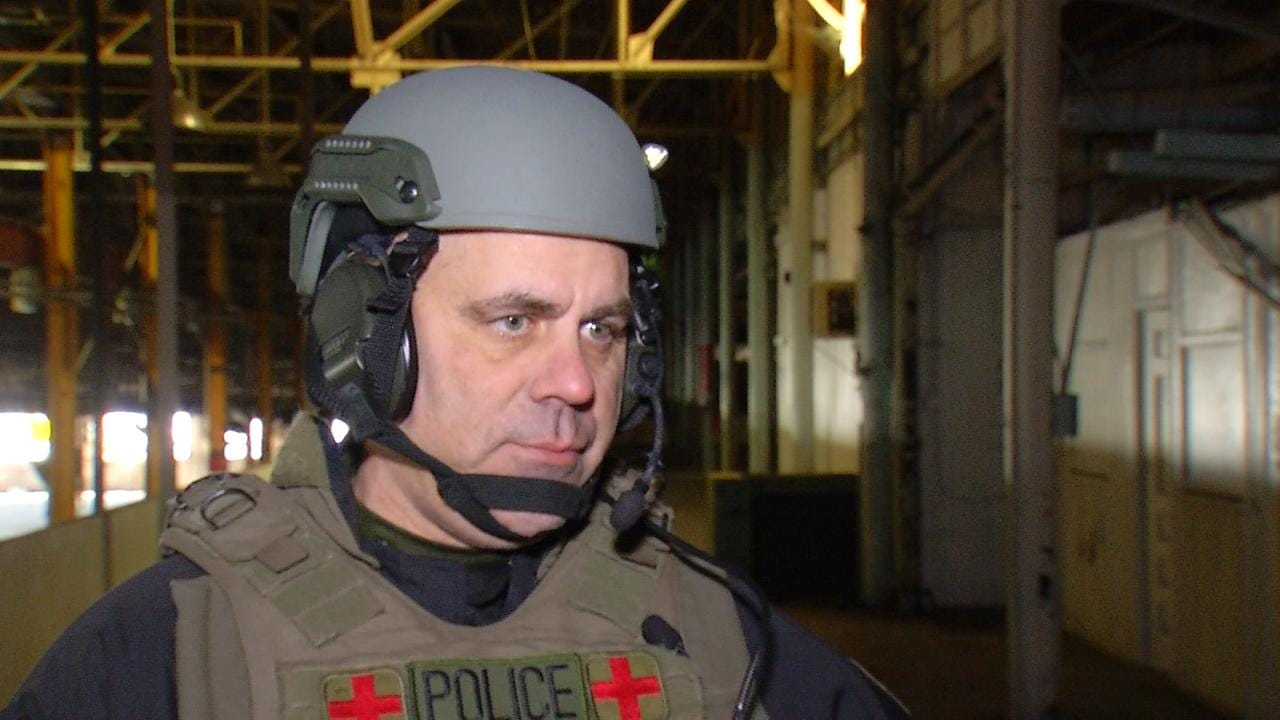 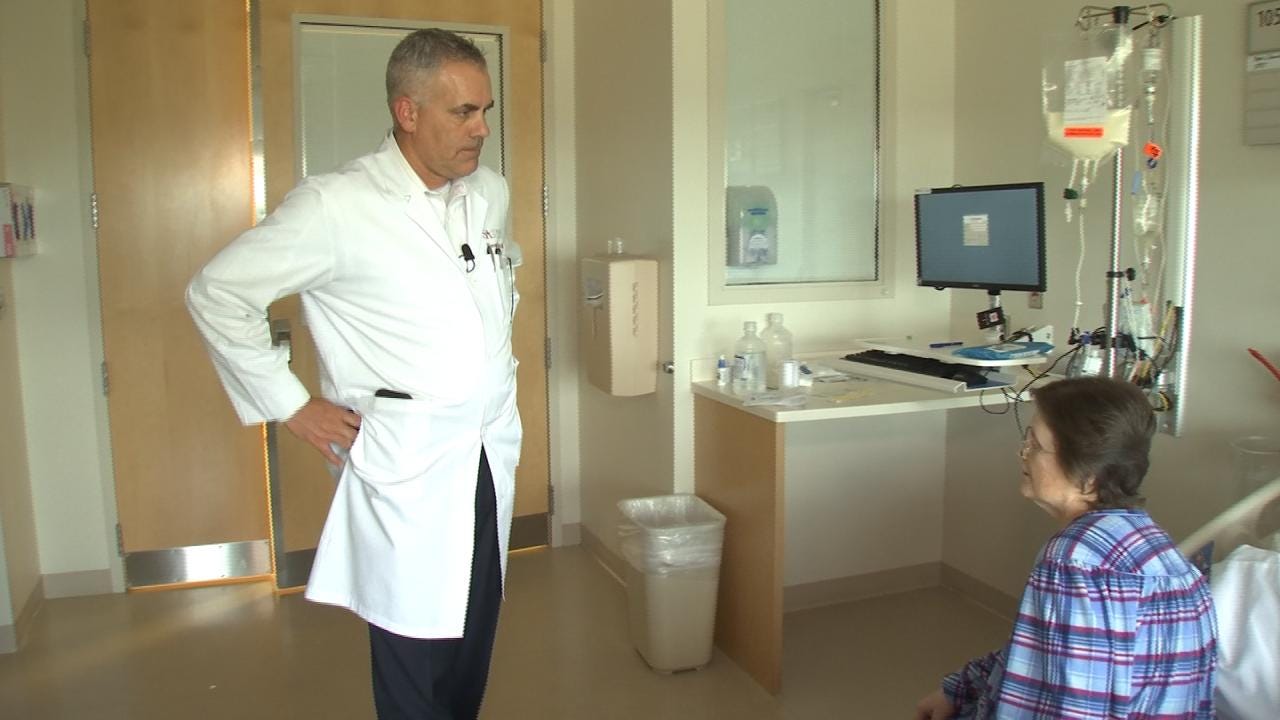 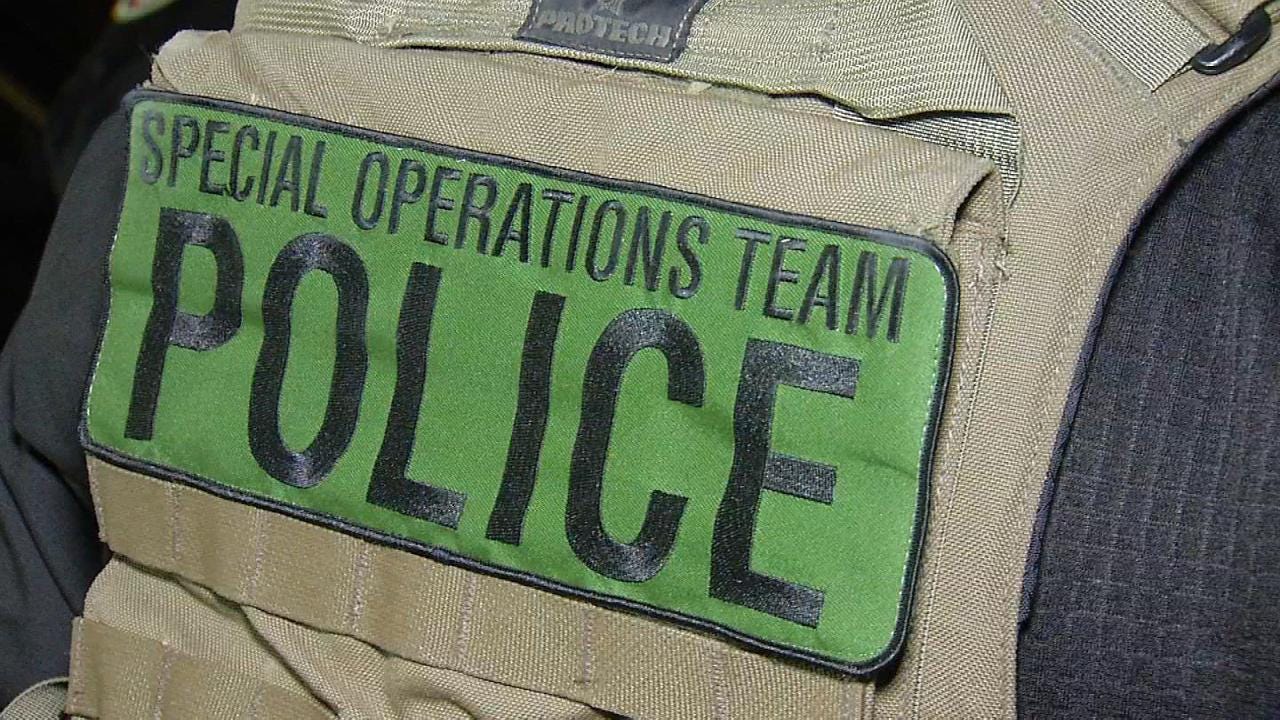 The Tulsa Police Department's Special Operations Team has something no other SWAT team in the state and few others in the entire nation have: a trauma surgeon.

Dr. Steven Katsis volunteers to serve on the team, giving them a level of care that's unparalleled. Katsis is a successful, highly regarded surgeon, with a wife and eight kids, so why volunteer to go on warrants, standoffs and other SWAT call-outs?

He says it's a unique way for him to give back to his community.

Most people expect a trauma surgeon to be doing rounds at a hospital, talking to patients about surgery and recovery. What his patients may not know, is that on some of his days off, Dr. Katsis looks and sounds very different.

"It's a little bit of a stress reliever, if that makes sense," he said. "I don't get stressed out with the gunshots and all the stuff going on. I think sometimes, what I do on my regular job, has more stress to it."

The team has arrest officers, precision rifle operators, negotiators and medics. The medics are made up of Tulsa police officers and EMSA workers and now, they're quite proud to say, also a trauma doc.

On this day, the medics are learning the best way to get an injured person down a flight of stairs or out a window in a hurry. They don't sit at a scene and wait until someone needs medical care. They go wherever the officers go.

Having a trauma surgeon's knowledge and experience increases the level of care tremendously.

"It doesn't get any higher than than that; we've got the best of the best," said Captain Mike Eckert, TPD Special Operations Team commander.

As impressed as the team is with Dr. Katsis, he is equally impressed with the EMTs and paramedics, how they prepare and the conditions in which they work.

"It's easy for me to be a trauma surgeon when I have CAT scanners and 15 nurses and an operating room waiting to do whatever I need to have done and a blood bank," Dr. Katsis said.

"It's another to go in  with a pound of stuff and little versions of things and think of doing life-saving things potentially."

The primary goal of the medics is to get the officers home safely, but they can treat anyone during a call out. Having a surgeon there makes it better for everyone.

"That translates to better patient care, and that's what it's all about in the end and not just about police officers on a SWAT call out, but it's about citizens, hostages, bystanders and even about the suspects," said Officer First.

So, the next time patients are thanking this trauma surgeon for saving their lives, they can also thank him for using those life saving skills in a most unexpected way.

Dr. Katsis has been on the team nearly four years.