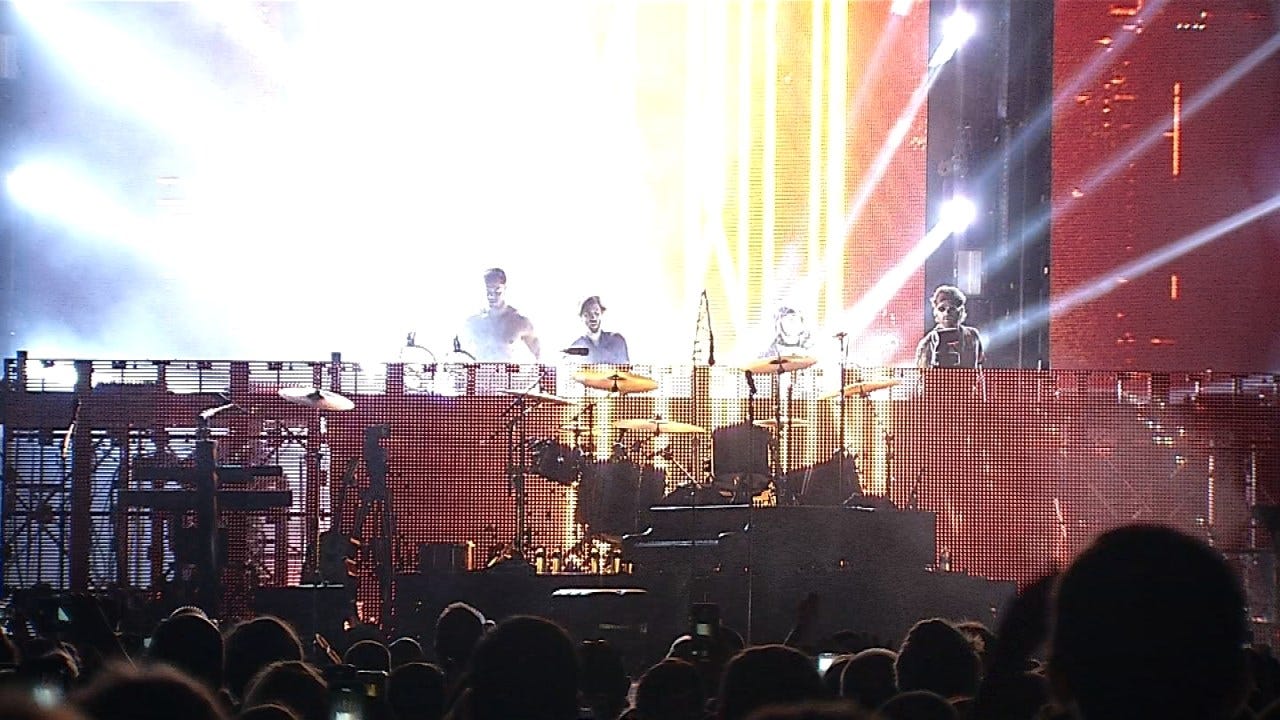 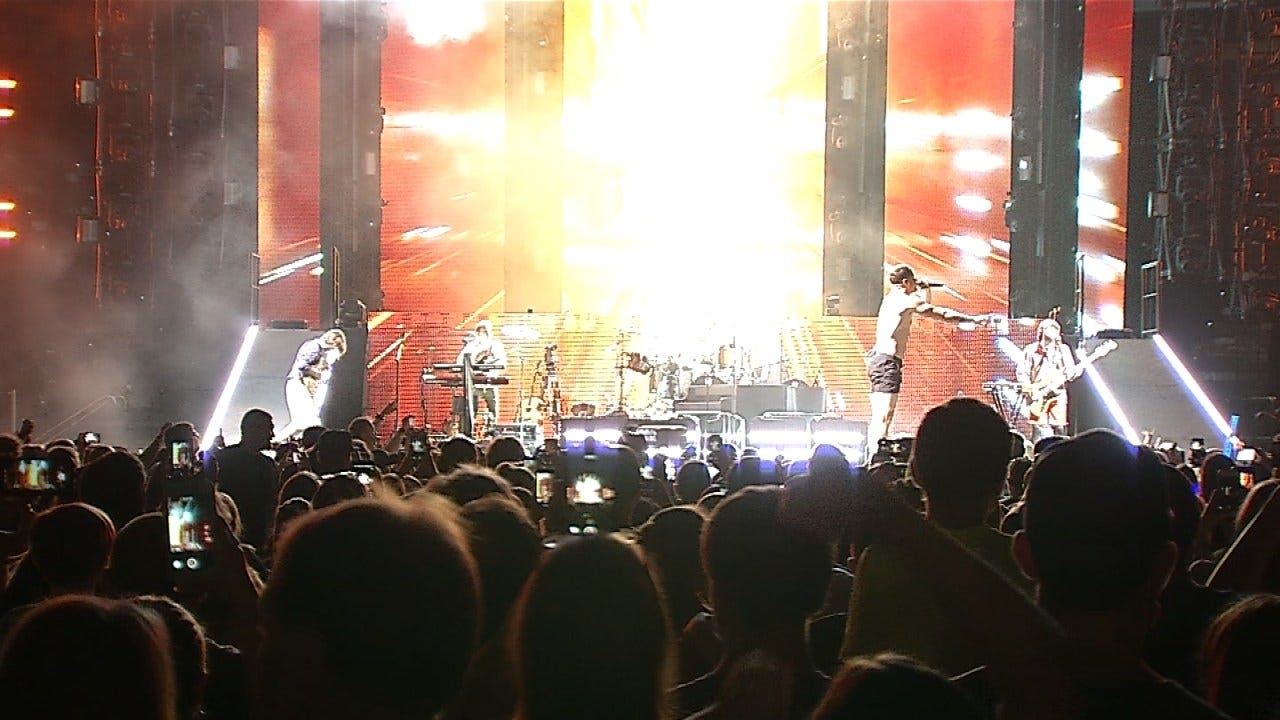 One of the biggest bands in the world right now was in Tulsa Wednesday evening.

Imagine Dragons stopped at the BOK Center as part of the band's Evolve World Tour.

The performance was one of the arena's "10 for 10" Concert Series, celebrating a decade of the BOK Center.

The series will finish up with Bruno Mars in October, Metallica in January and Elton John's farewell tour in February.