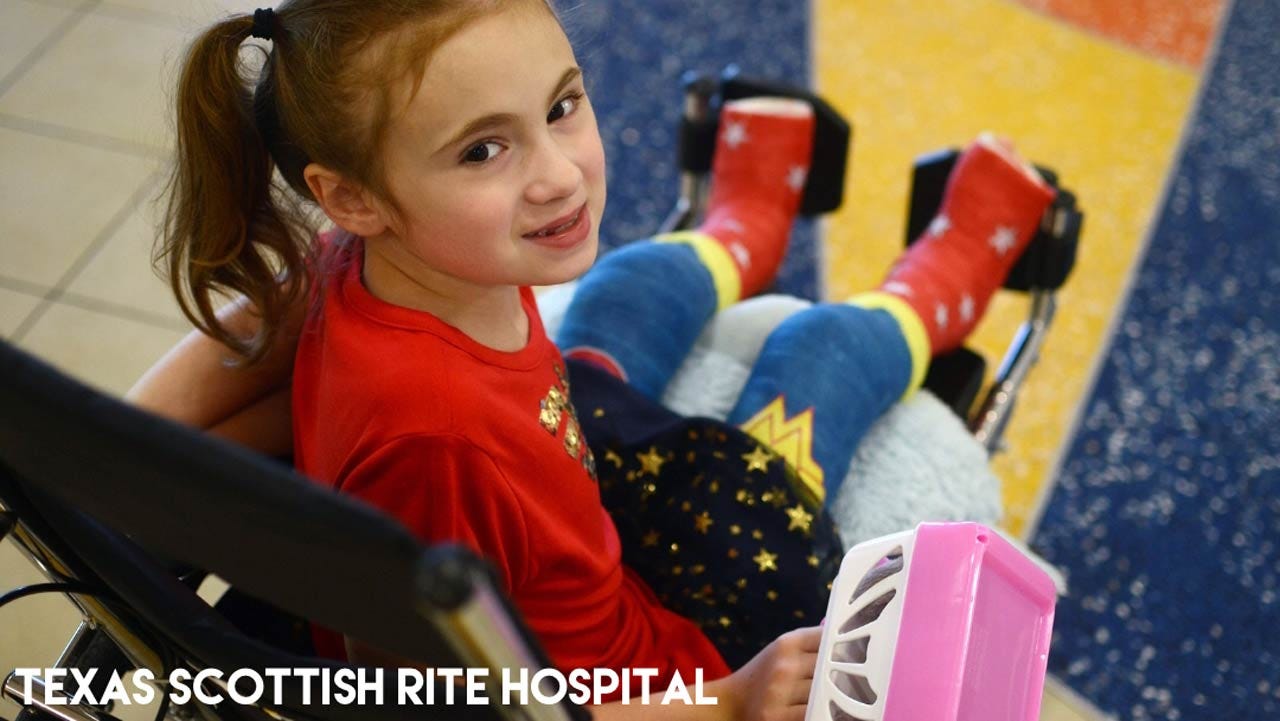 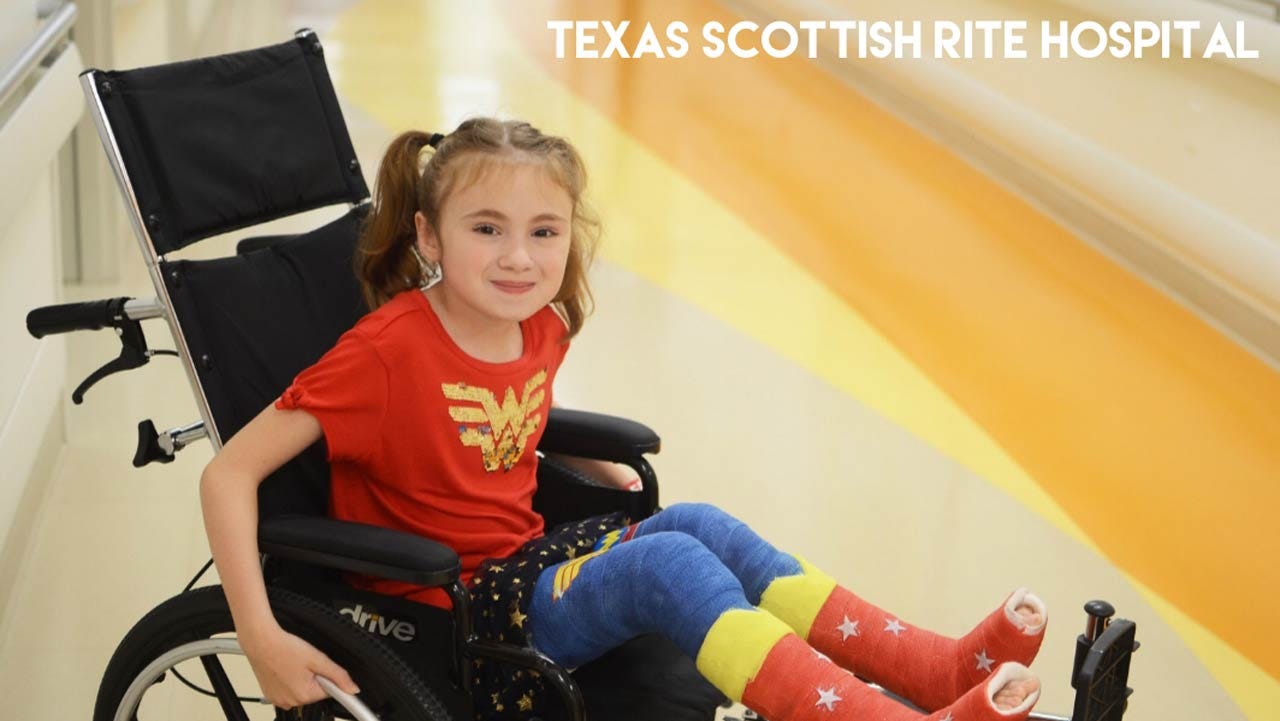 An 8-year-old girl, who's had more than 40 broken bones in her young life, got something special during her most recent surgery.

Doctors diagnosed Courtney White with a rare bone disease when she was just a baby after she broke her femur twice in a matter of months.

The condition cause her bones to break easily, which means she spends a lot of time wearing casts.

Her most recent casts – one on each leg – feature Courtney as a super hero.

Courtney now has rod in every major bone in both legs. And doctors recently had to replace a rod in one shin and put a rod in the other.

Before the surgery, doctors at the Texas Scottish Rite Hospital in Dallas challenged Courtney to design her own cast. She drew up Wonder Woman boots because she's a little warrior.

Her family will tell you, Courtney is a super hero in their eyes every day.

She has Osteogenesis Imperfecta, Type 6. Experts say only 6 to 7 people out of every 100,000 have OI and of those, only 1-percent lives with Type 6.

“We have found that each day is a new experience. We never know day to day what her mobility will look like or what her pain level will be or if we will have another injury,” her dad Justin White said. “That has been life for Courtney, it’s her normal and she has learned to embrace it.”

Courtney has broken 40 bones and has gone through 12 surgeries.

But despite all that, she still lives for adventure. She likes to hunt and fish and spend time with her mom, dad and big sister.

“She knows there are some things that she just won’t be able to do, but she also knows that there are many things that she can do, she’s just going to have to work harder for them than most people,” Justin said. “We’ve tried to teach her not to feel sorry for herself, but instead, accept things as they come and work through them.”

And that’s how she lives her life. He says Courtney is always positive, cheerful and faces every challenge head on – with unflinching faith.

A few days before Courtney’s most recent surgery her grandpa overheard her saying this prayer, “Father, thank you for this wonderful world that I live in, and thank you for my wonderful life. I love you so much, because everything you do is wonderful.”

“Her bones make break often, but her spirit and her faith never do,” her dad said.