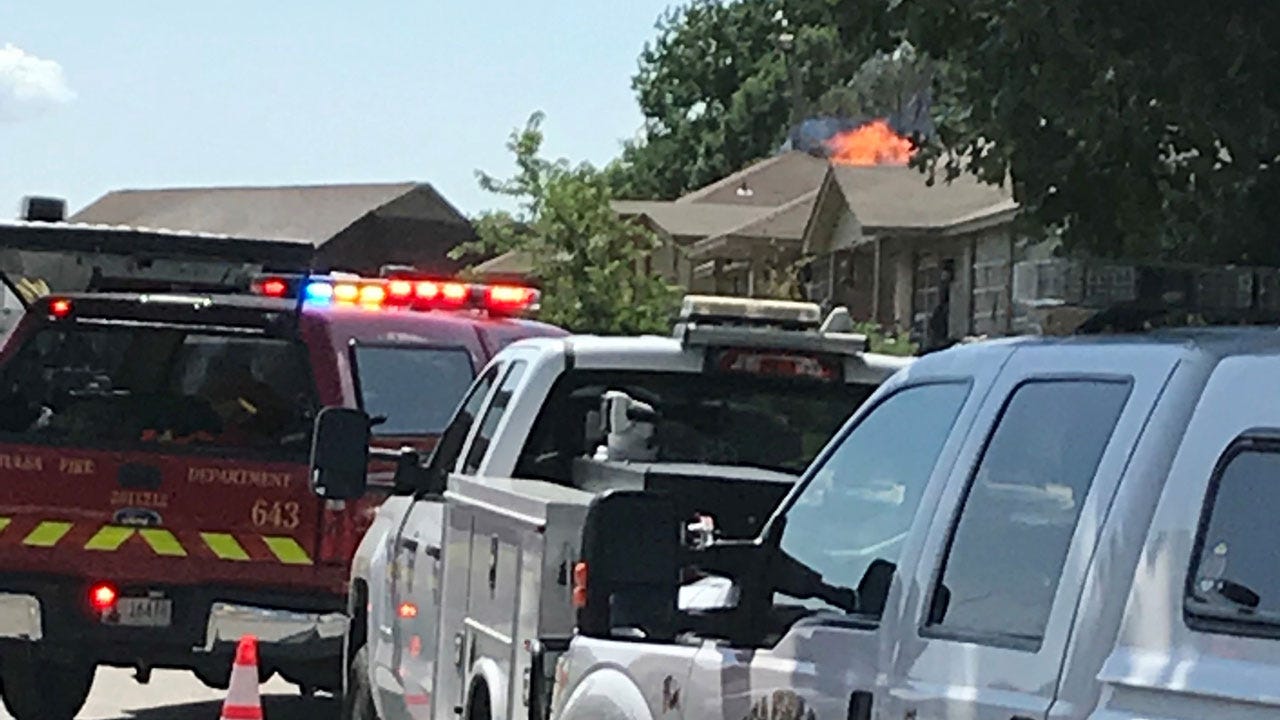 TFD says a firefighter, 4 ONG employees, and another person were injured in the fire that took place in a neighborhood near West 61st Street and South 33rd West Avenue around 3:30 p.m.

At one point, flames could be seen shooting into the air before the line was shut off, stopping the fire.

The Tulsa Housing Authority said they were trying to install a surveillance camera when a contractor hit an unmarked gas line. ONG and the fire department came to patch the gas line, and in the process, something sparked a fire and an explosion followed.

"The firefighter caught the worst of it. The other four are in a lot better shape than he is," said Stan May of the Tulsa Fire Department. "They were working on the gas line, getting ready to shut the gas down and we had an explosion."

The firefighter has been identified as 54-year-old Captain Greg Delozier. Delozier and four employees of ONG leaking gas ignited. They were transported by EMSA to Hillcrest Medical Center for treatment.

Captain Delozier is an 18 year veteran of the Tulsa Fire Department.  The fire department says he is stable and has been moved from the ER to a burn unit room this evening with burns to upper body, mainly on one arm.

About 50 people were left without natural gas for most of the evening. Oklahoma Natural Gas representative say they expect repairs to be finished sometime Thursday night.

Investigators are still working to determine the exact cause of the fire.