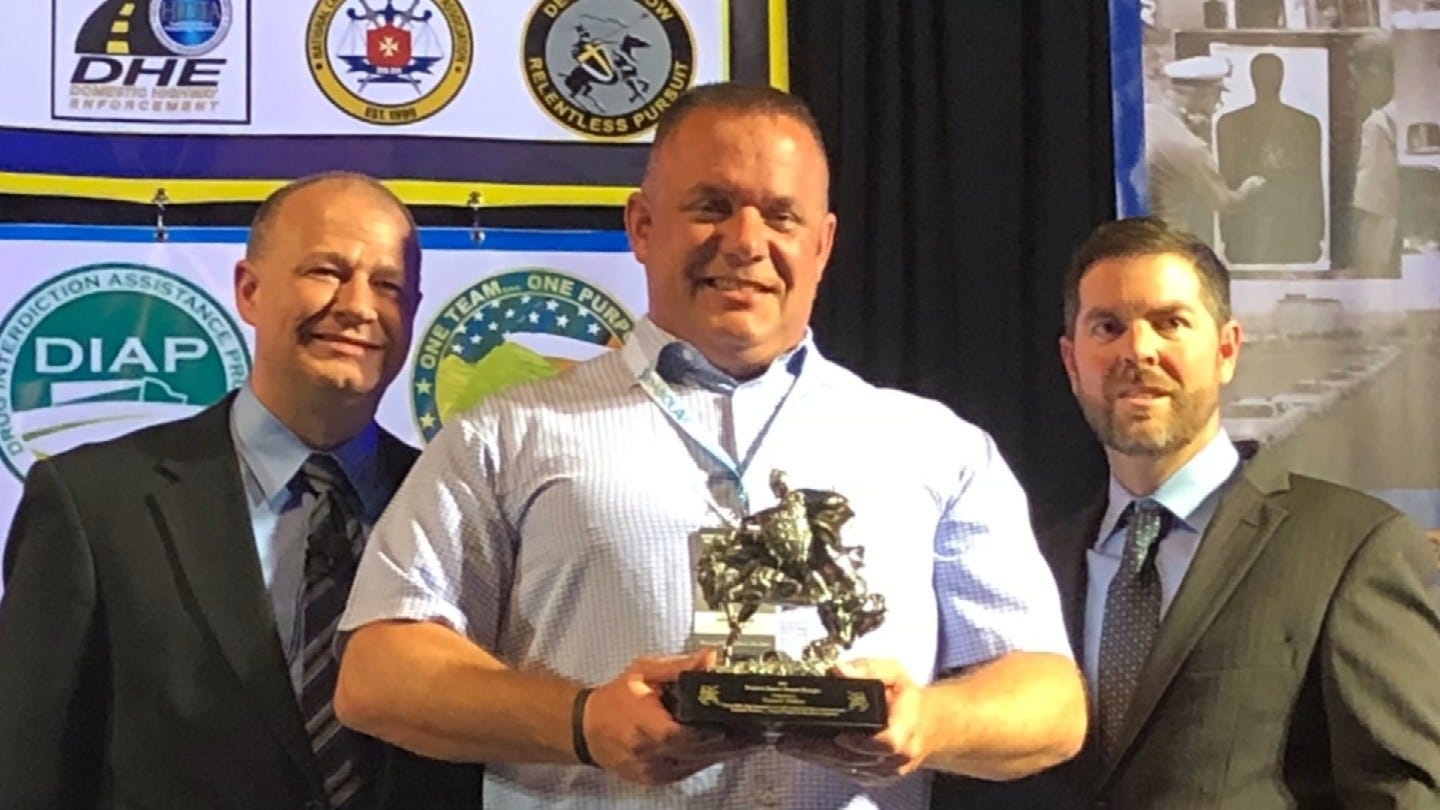 Lieutenant Ron Walker of the Rogers County Sheriff's Office has been working for more than two decades to keep drugs and other criminal activities off Oklahoma highways. Now he's one of 30 law enforcement officers in the country to be recognized for his efforts.

Lieutenant Ron Walker can now call himself a Royal Knight, a title given only to officers who meet some very daunting criteria. To be a Royal Knight, Walker had to make a minimum of 100 qualified seizures, meaning specific amounts of drugs like marijuana, heroin, and meth. It's something he's been working to accomplish since he became what's called an "interdiction" officer.

Walker started in Oklahoma County before moving to Rogers County about three years ago. In total, he says he's gotten more than five million dollars of drug money off the streets.

"When I started there in '97 I didn't even know what interdiction was. I thought it was just getting big loads of dope, getting your picture taken. I had no idea the amount of work and effort and time that it takes." said Lt Ron Walker.

"Was it like an adrenaline thing?" "Oh, absolutely. I didn't do it really for attention.  It was just to prove to myself that, you know, I could do that. It's extremely humbling. It's hard to put into words." said Lt Ron Walker.