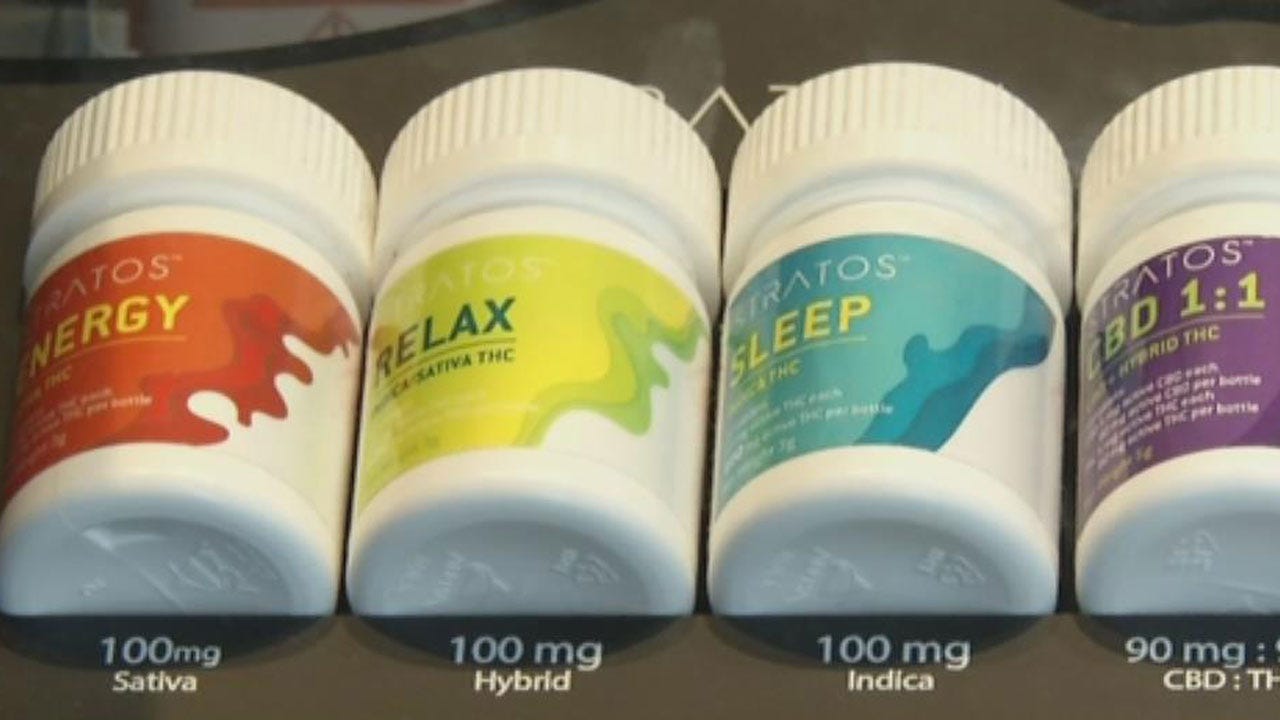 We are less than two months away from a statewide vote on State Question 788, which would legalize medical marijuana in Oklahoma.

News On 6's Terry Hood traveled to Colorado and found out a lot has changed since that state took the step almost two decades ago, including the age of people most interested in the drug.

They come in a slow and steady stream. Seniors anxious to learn all they can about medical marijuana.

Heckman is with a company called Stratos, which, among other things, manufactures marijuana in pill form, which she said is particularly appealing to seniors.

“The pill delivery form is really familiar and it's really accurate and its reproducible in terms of dosing,” Heckman said.

Seniors are actually the fastest growing group of marijuana users in the country.  And seminars on its benefits are being held at retirement homes throughout the state of Colorado.

But it’s not a rocky mountain high they're after.

“I don't wish to be made high. Any higher than I am. I’m high enough,” laughed 83-year-old Betsy Becker.

Becker said medical marijuana has eased her lower back pain and sciatica.

“The thing that's really worked ... and a lot of people use it for this ... is sleep,” Raines said. “I use some every night for that and it’s wonderful.”

As a physician specializing in cannabis, Dr. Joseph Cohen has heard thousands of similar stories.

His information sheet claims cannabis has 20 times the anti-inflammatory power of aspirin and has shown promise in treating everything from chronic pain to rheumatoid arthritis to Alzheimer’s disease.

Cohen said cannabis works because its structure is chemically aligned with the human body through the endocannabinoid system. Those are receptors scattered throughout the body, which Cohen says researchers are just beginning to fully understand.

“It works on inflammation, it works on brain health, it's neuroprotective,” Cohen said. So yeah, it sounds like snake oil ... that it’s too good to be true, but after eight years of doing this, we realize, its real.”

But others in Colorado say the issue is not so cut and dried.

“What I am here to say is that if your voters think this is about a holistic plant ... they are crazy,” said Rachel O’Brien.

O'Brien is with a group called Smart Colorado, which tries to warn states like Oklahoma about the dangers that come with opening the door to the marijuana industry.

“This is about distilled active ingredients,” O’Brien said. “This is about a manufactured product that's not a lot different from pharma,”

O’Brien also points out that traffic deaths in Colorado are up substantially since 2013, although opioid-related deaths are down.

Oklahoma voters will decide next month if the benefits of medical marijuana outweigh the risks.

But for many seniors in Colorado, the answer is clear.

“I'm really excited to be growing older in Colorado ... where this is available,” said Barbara Raines.

State question 788 goes for a vote in Oklahoma on June 26th.

Between now and then, News On 6 will be taking an in-depth look at the law, and the impact it could have.