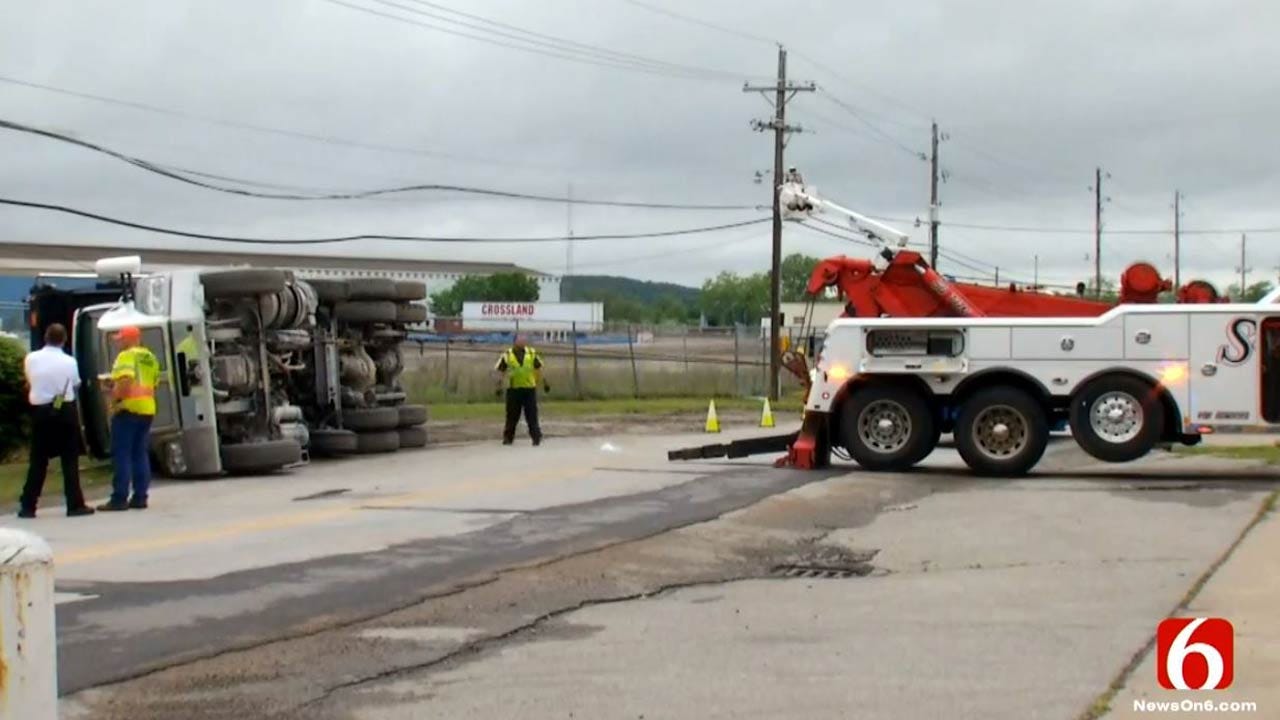 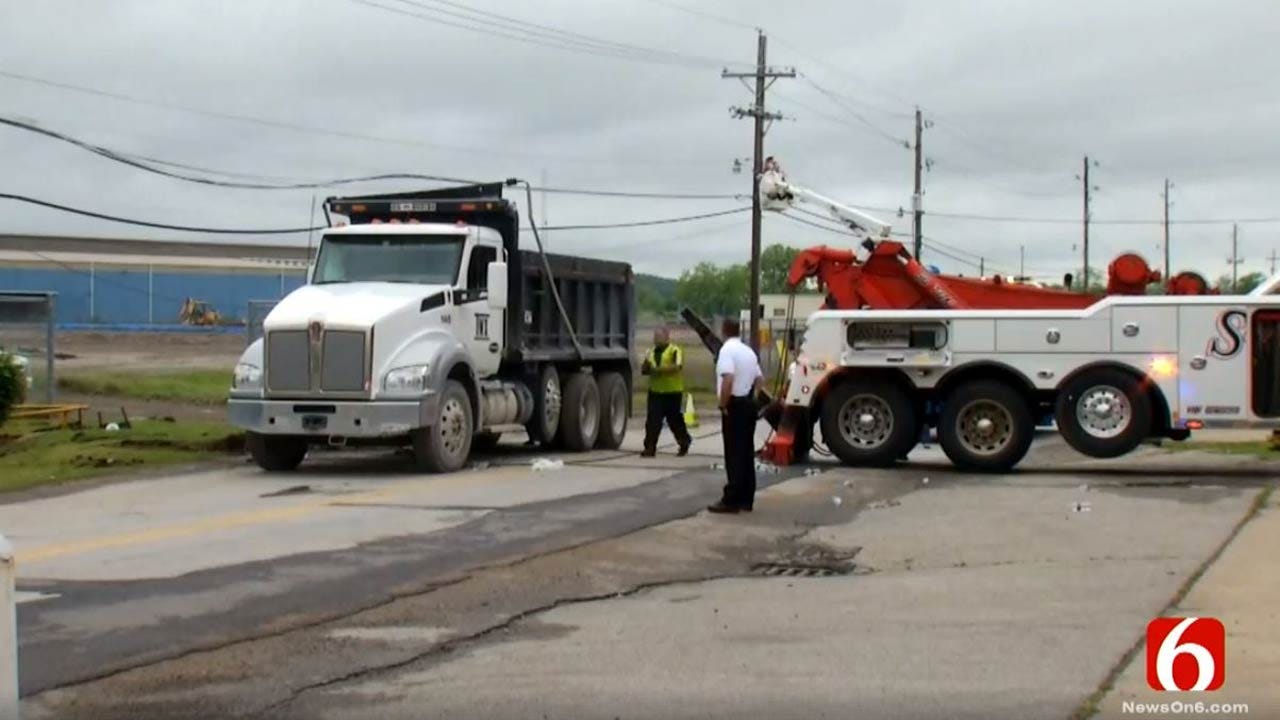 Police said the driver was leaving a job site and forgot to put the bed down. The bed hit some power lines which pulled the truck onto its side, according to police.

A wrecker crew pulled the truck back onto its wheels while a utility crew checked over the power lines. The truck did not appear to be damaged.

Police said the driver of the truck went to the hospital but they said his injuries were minor.