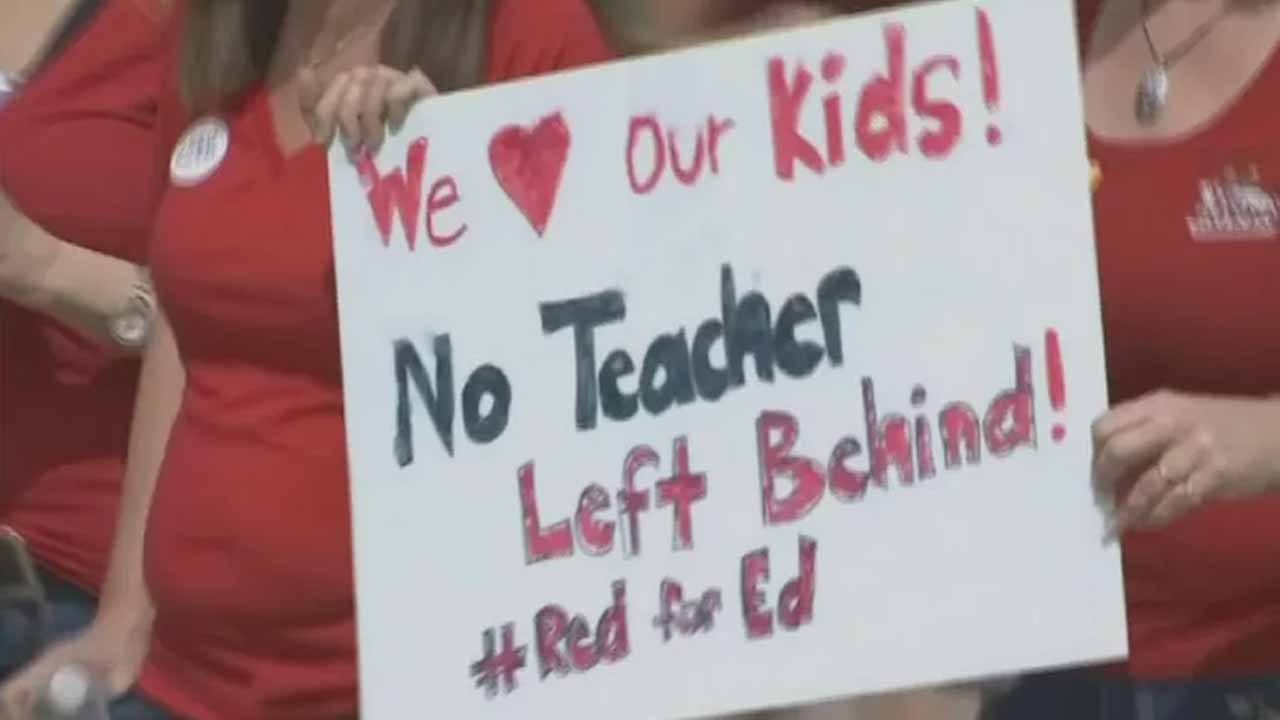 Teachers wearing red shirts and holding signs are gathering outside Arizona schools to show solidarity in their demand for higher salaries.

Wednesday's "walk-ins" planned at approximately 1,000 schools are part of a statewide campaign for a 20 percent raise and more than $1 billion in new education funding. Protests were observed at schools in communities across metro Phoenix, including Glendale, Phoenix and Mesa.

The school demonstrations are organized by Arizona Educators United. The grassroots group has mobilized teachers and supporters across the state through its RedforEd campaign.

This week it told members to prepare for a possible walk-out that would close schools.

Arizona teachers are among the lowest paid in the nation. The pay push comes amid a national wave of educators demanding higher pay and increased school funding. Oklahoma teachers are on day eight of a teacher walkout that has closed districts across the state.