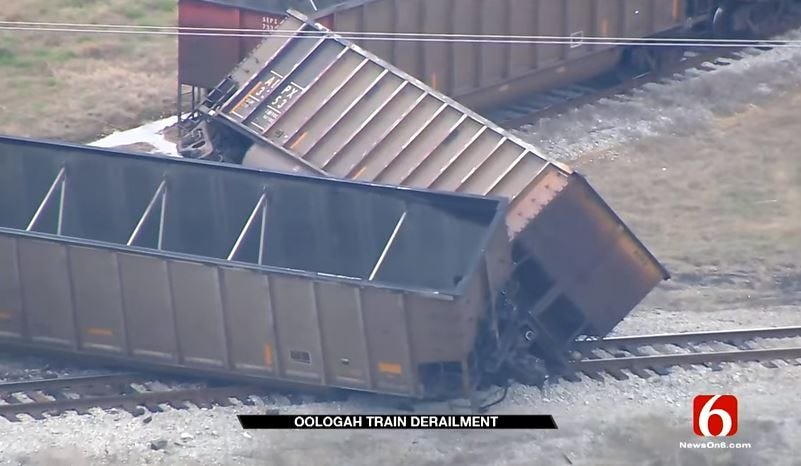 The empty Union Pacific coal train was heading north out of the PSO plant near Oologah at about 9 a.m. when two of the cars ran off the track on PSO property. That forced the train to stop, blocking the crossing on Highway 88 just east of Highway 169.

Union Pacific finally unhooked the cars near the two that had derailed so that the locomotives could pull the rest past the crossing at about 10:30 a.m.

The cars have since been re-railed and cleared.

No one reported any injuries.