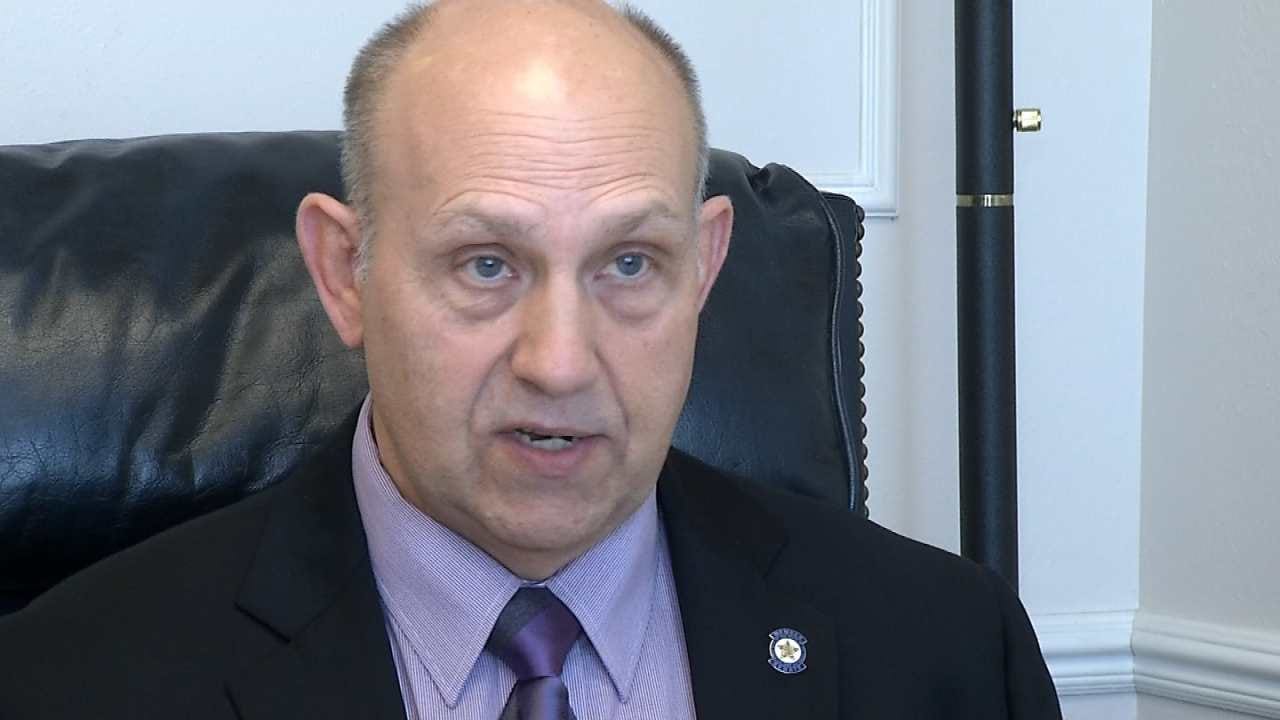 A Muskogee state senator is warning teachers all of the work they're doing could be for nothing if a tax repeal is on the ballot in November.

They only need 41,000 signatures to get it on the ballot this November.

Senator Dwayne Pemberton said he wants to warn teachers about this possibility of the funding disappearing.

"I loved hearing them say last night when they were debating, ‘if we don't do something they're never going to go away’ … and we're not going to go away," 5th Grade Muskogee Teacher Amy Tull said.

Tull traveled to Oklahoma City several times this week. While at the capitol, a senator warned her and other teachers about a possible tax repeal.

"Without the tax package, there are no raises, there’s no textbook money, there’s nothing," Senator Pemberton said.

"Some people aren't very aware of the situation of the possibility of what could happen but I simply just took it with a grain of salt," said 3rd Grade Muskogee Teacher Kayla Martin.

Before becoming a lawmaker, Senator Pemberton worked in public education for 35 years.

"Pemberton did state if we asked anyone on the floor who was the biggest advocate for public education they would've given his name so I feel confident that he is trying his best to fight for us," said Martin.

Pemberton said he's doing this because he believes they need to be aware what Oklahoma voters could decide.

"Everything that we’ve done up here in the past four months; the tax increases, the $480 million for education could all be for naught if they don’t go back to their districts and mobilize their voting base," Pemberton said.

But teachers said even if this makes the ballot, they don't think it would have a chance of passing.

"I feel like it's just part of politics. People are going to try to bring us down but we are going to be strong and fight through it," said Martin.

The group Oklahoma Taxpayers Unite was modeled after the group "Stop New Taxes" which almost repealed HB 1017 28 years ago.

A spokesperson for the group said they aren't against the teachers getting raises or more education funding, they are just against the path that lawmakers took to get there by raising taxes instead of using a reform approach.