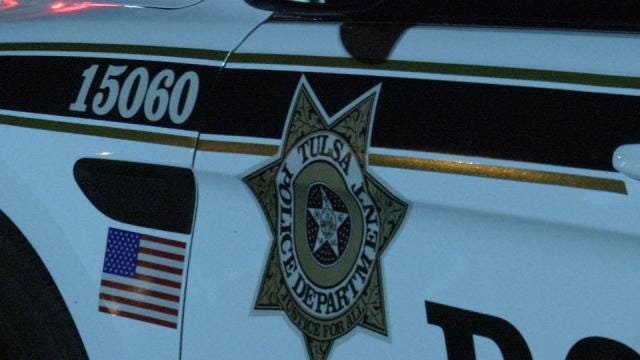 Tulsa Police say two men broke into two west Tulsa businesses overnight Monday, March 26. They didn't get away with much, but they caused a lot of damage to both a Dollar General and Everyone's Cash, according to TPD.

The businesses are located at 1419 West 51st Street and are next to each other in one building. Police first got an alarm call at the Dollar General around 4:41 a.m. The first officer who arrived on scene saw two men running out the back door, through a field into a wooded area.

A search with K9 teams was unsuccessful.

Officers found the back doors of the Dollar General pried open and a large hole in a side wall of the cash business.

"During the investigation, it was learned at 2:45 hours, the alarm company of Everyone's Cash reported a power outage," a police bulletin states.

The suspects had broken into the business and cut surveillance cameras, ransacked the interior and tried to get into the safe. They then broke through into the Dollar General which is what tripped the burglar alarm, officers said.

The men also ransacked that business, damaged surveillance cameras and tried unsuccessfully to remove the safe.

Police say the two men were wearing all black clothing with masks and gloves. If you know anything about them, call Crime Stoppers at 918-596-COPS.