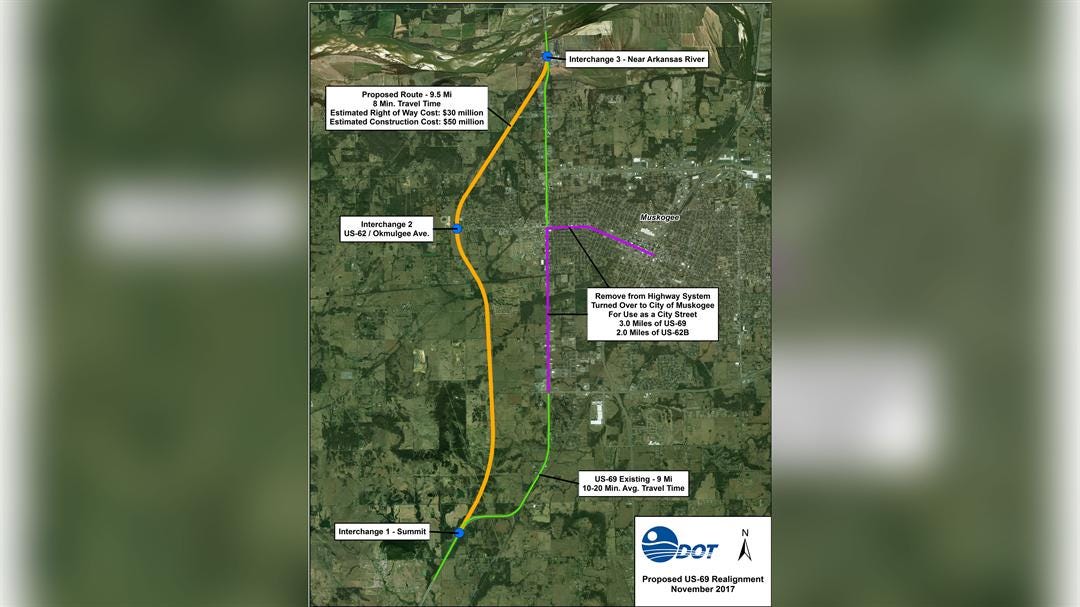 There's a new effort to stop a proposed bypass around Muskogee that would impact thousands of people.

The town of Muskogee has worked hard to revitalize its downtown area.

But one man said this bypass could ruin all that effort, turning Muskogee into a ghost town.

But Ashworth fears that growth could come to a screeching halt if a proposed bypass took Highway 69 west of Muskogee, instead of through it.

"We have a lot of people that find us, you know, traveling through off 69 highway," he said, "It would definitely take a huge chunk of our business away."

The community is speaking out against the proposal.

"If they do it, it's not only going to have an economic impact on me but on literally thousands of other people in the community," said Gerald Miller.

Miller even started a website, StopODOT.org and created a petition.

"Thinking I might get a couple hundred signatures, and after a day and a half, we have about 2,500 signatures on that website. And there are more coming in all the time," he said.

Miller said the route will take drivers far away from local hotels, restaurants, and shops.

"Nobody's going to get off there and drive four or five miles to those areas," he said, "It will just dry up over time, it will cripple them if they put that bypass in."

He said the result would be worse than many people realize.

"It's really that dramatic. It would literally turn Muskogee into a ghost town," Miller said.

Miller hopes this petition will catch the attention of ODOT and legislators, putting a stop to the bypass, saving the town.

The ODOT website says the reroute could cost up to $100 Million.

Representative Avery Frix said highway commissioners have approved the proposal, but it's in the very preliminary stages.