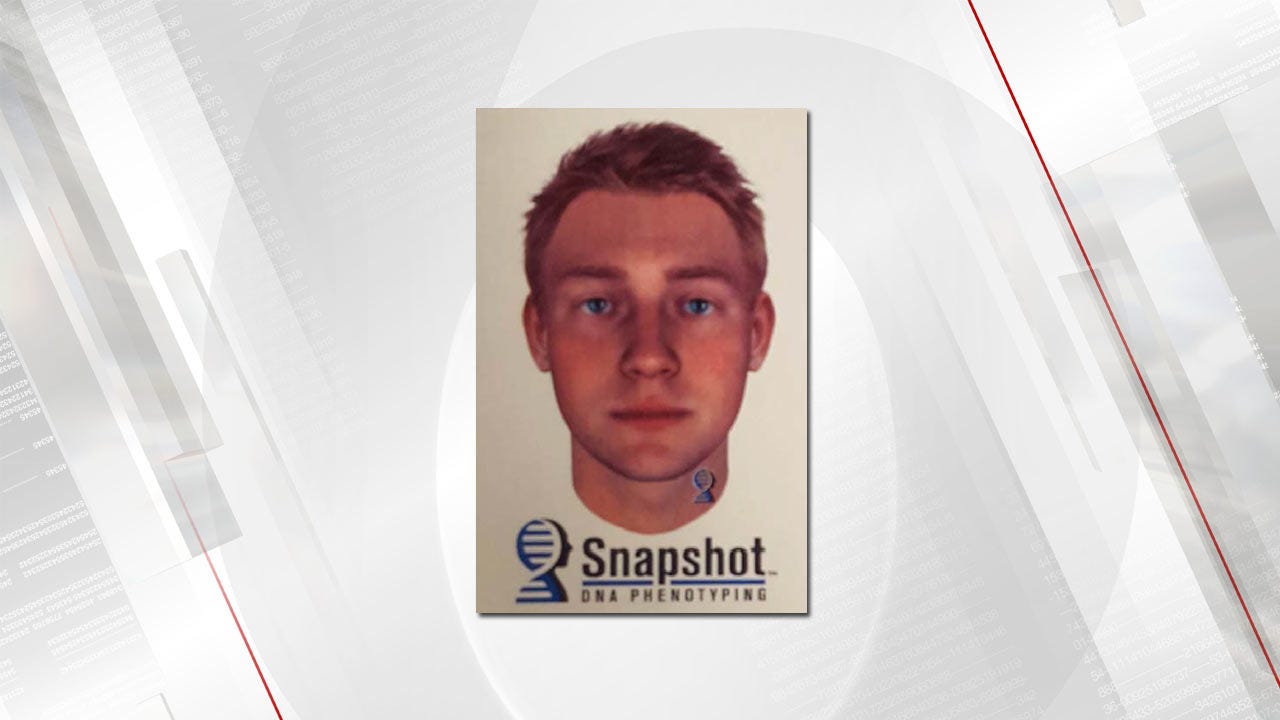 Tulsa Police hope new technology will help them catch a killer who has been on the run for 13 years.

Brittany Phillips was strangled inside her apartment in 2004. Detectives sent DNA from the killer found at the crime scene to a lab, which used the DNA to create a composite sketch of what that killer might have looked like.

The picture is the closest Phillips’ mother Maggie Zingman has come in 13 years to seeing the face of her daughter's killer.

The DNA was used to create a composite sketch of what a man would look like at 25 years old. They said they don’t know how old the person was at the time of the murder, or how old he is now.

According to the “Phenotype Report,” the DNA collected at the scene belongs to a white male with a fair complexion and possibly green or blue eyes and either brown or blonde hair.

"It almost broke my heart because it meant that there is a good possibility that, you know, she trusted this person at some point before he did this," Zingman said.

It's a face Zingman has been trying to imagine for years as she tirelessly drove across the nation searching for information about her daughter's killer.

"For 13 years, even when I would travel and tell the story over and over, we have not had any picture," she said.

Tulsa Police Sergeant Dave Walker said Phillips’ case has been a priority for the department for years, so when they found out about Parabon NanoLabs’ technology, they decided to give it a try.

"It's quite expensive, so, you know, it's one of those things that you can't do in every case," Walker said.

Zingman hopes the investment Tulsa Police made will get her the answers she has been fighting for over a decade.

"I'm a mother and I'm never going to let my daughter's memory die, I just won't. She deserved more and if she can't be here to make that memory then I am constantly going to be reminding people of her," she said.

Anyone with information in the death of Phillips is asked to call Crime Stoppers at 918-596-COPS, the Homicide Tip Line at 918-798-8477 or email homicide@cityoftulsa.org.