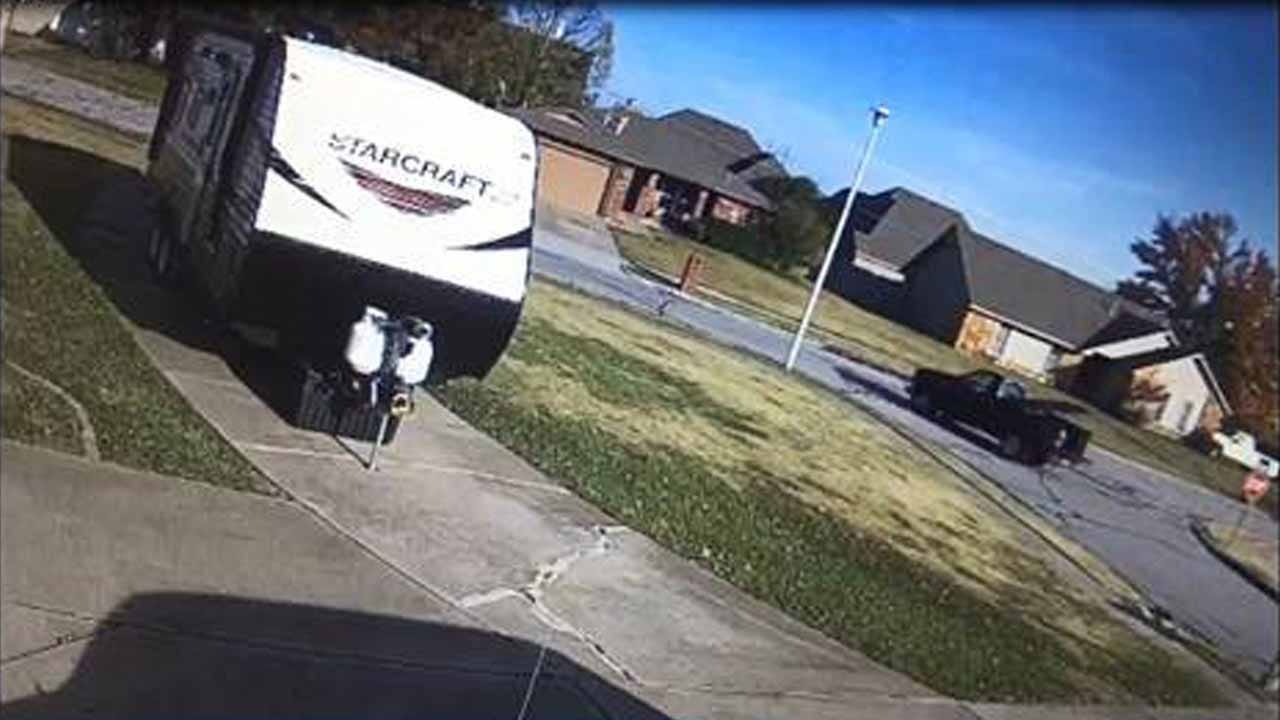 Police are looking for a Ford F-150 pickup truck they believe was used in a break-in to steal weapons from a Jenks home.

The thief took a gun safe that had several guns inside. Police said they need to get them off the street before a more serious crime happens.

Jenks Police said the burglary happened November 1, 2017, between 4:00 and 4:19 p.m. They said neighbors caught the suspected pickup on camera as it drove away.

"This is an unusual crime in Jenks alone, but it's unusual for someone to try to steal a very heavy gun safe," Sergeant Jason Jackson said.

Jackson said the thieves used a key to get into the house and then pushed the gun safe through the front bedroom window.

"The gun safe contained 12 guns and some cash. It's very important that we get those guns off the street," the sergeant said.

Jackson said they do not have video of the suspects, but said they need to catch them quickly before the guns are used somewhere else.

"A lot of times, stolen guns are used in other crimes - robberies, and, unfortunately, homicides," he said.

Jackson said he doesn't know exactly how much money the homeowner is out, but just one of the guns is worth more than $2,000.

Even more than that, he said some of the guns have sentimental value.

"Getting those guns back, some of them were heirlooms and they want those back," he said.

The safe also had a social security card inside, putting the victim's identity at risk.

If you have any information about the owners of the maroon, Ford F-150, call Crime Stoppers at 918-596-COPS.