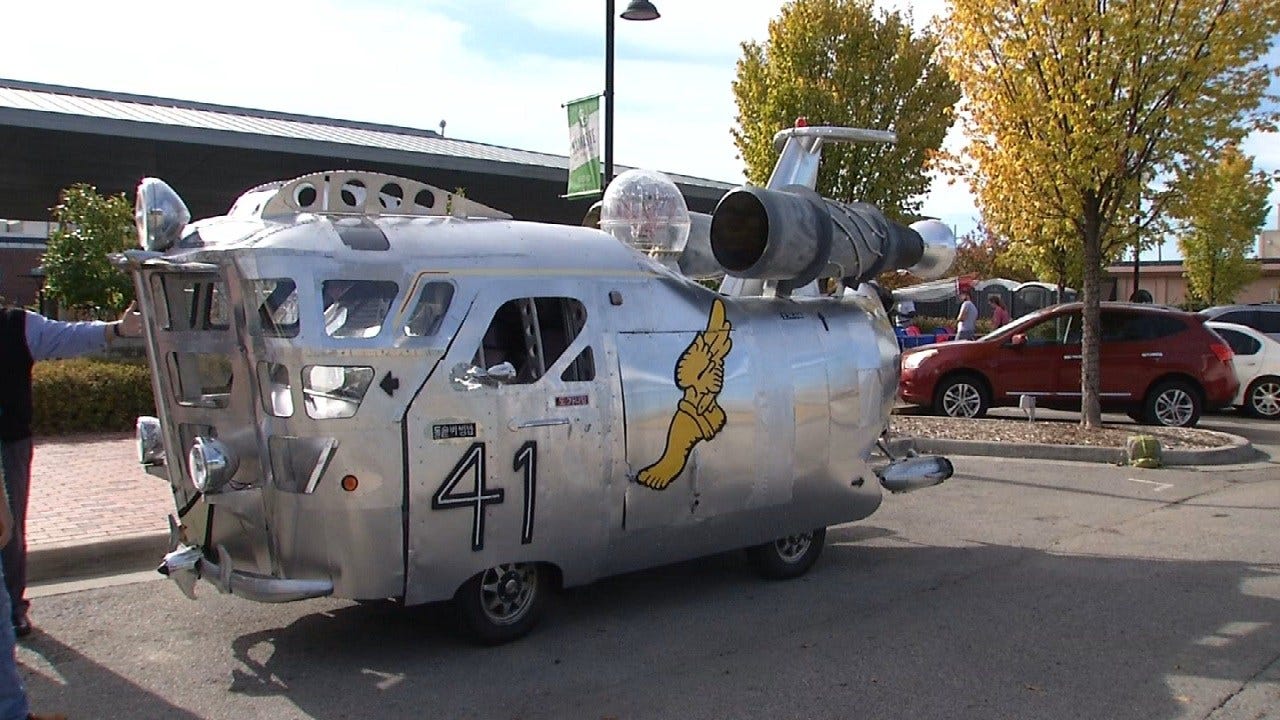 Tulsa's Art Car Weekend was a fixture for many years during the month of May.

The festival is no more, but enthusiasm for the cars is still alive.

You may have seen it driving around town.

It belongs to Tulsan Charlie Larson. He calls it the Zephyr.

Rick: "Has anyone stopped and asked, 'where can I get one?'"

The artist was Andy Hazell, he and Larson worked on it for three weeks.

The basic vehicle underneath all the sheet metal is a Chinese microvan, it's just been modified.

It's got plywood spars around the body.

They're like ribs. All the sheet metal is attached to them, then it's a lot of found stuff.

Old vacuum cleaners on the bottom for rockets. Up top the big engines are planters, and more stuff, bits and pieces that all fit the design.

Larson is the former chairman of the Tulsa Art Car Weekend. He and the other enthusiasts hope to get that going again.

In the meantime, they drive.

"It seems like a simple thing to want to make people smile," Larson said.

He always gets a reaction.