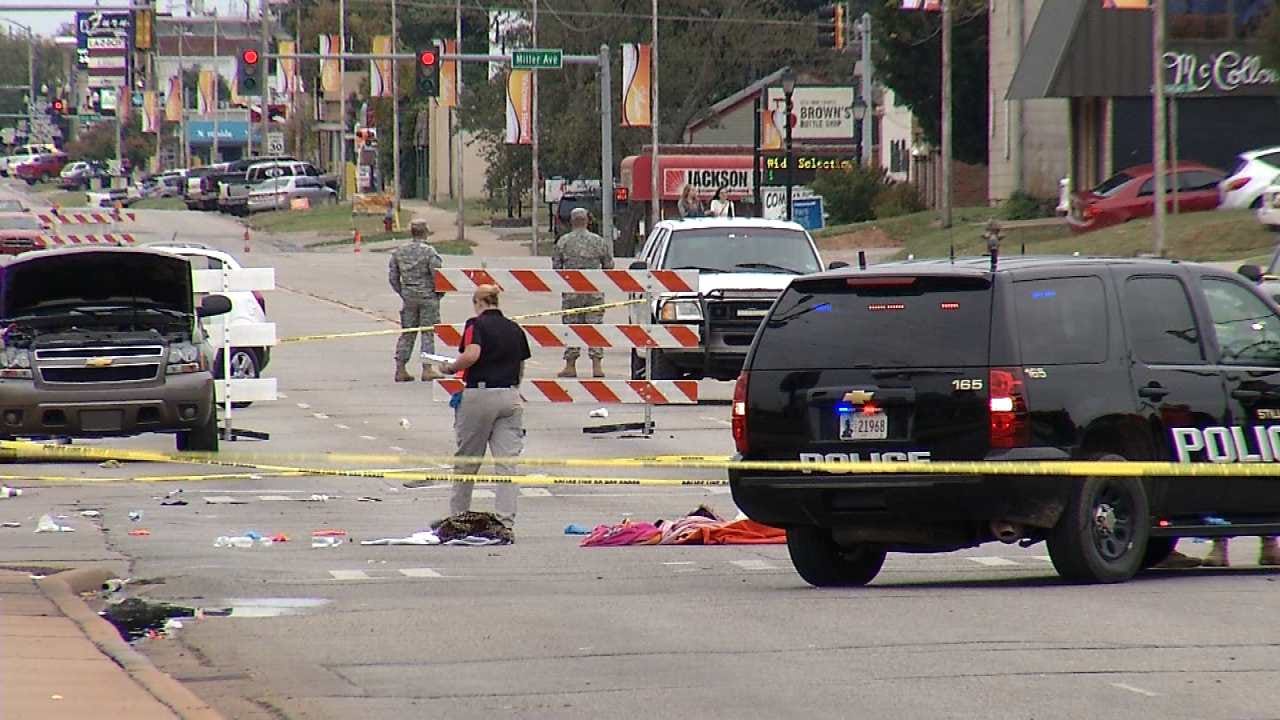 Four people died and almost 50 were injured when a car plowed into the homecoming parade in October of 2015.

So many people's lives were changed on this day two years ago, including Leo Schmitz.

He said October 24th is a date that is forever engrained in his memory.

Of the survivors, Leo was the most severely injured when Adacia Chambers crashed in the crowd at homecoming.

Leo spent months in a coma at OU Medical Center and had to have his leg amputated.

But he said he hasn't let what happened define him.

He still works as an avionics technician at American Airlines.

And he still loves to spend time with his wife, Sharon.

Leo said he hopes people will pause Tuesday to think about those who didn't survive the crash.

"Today, everybody should remember the four that actually passed away that day...more so than the survivors," Leo said.

Adacia Chambers accepted a plea deal in January for deaths and injuries.

She is currently serving her four life sentences.