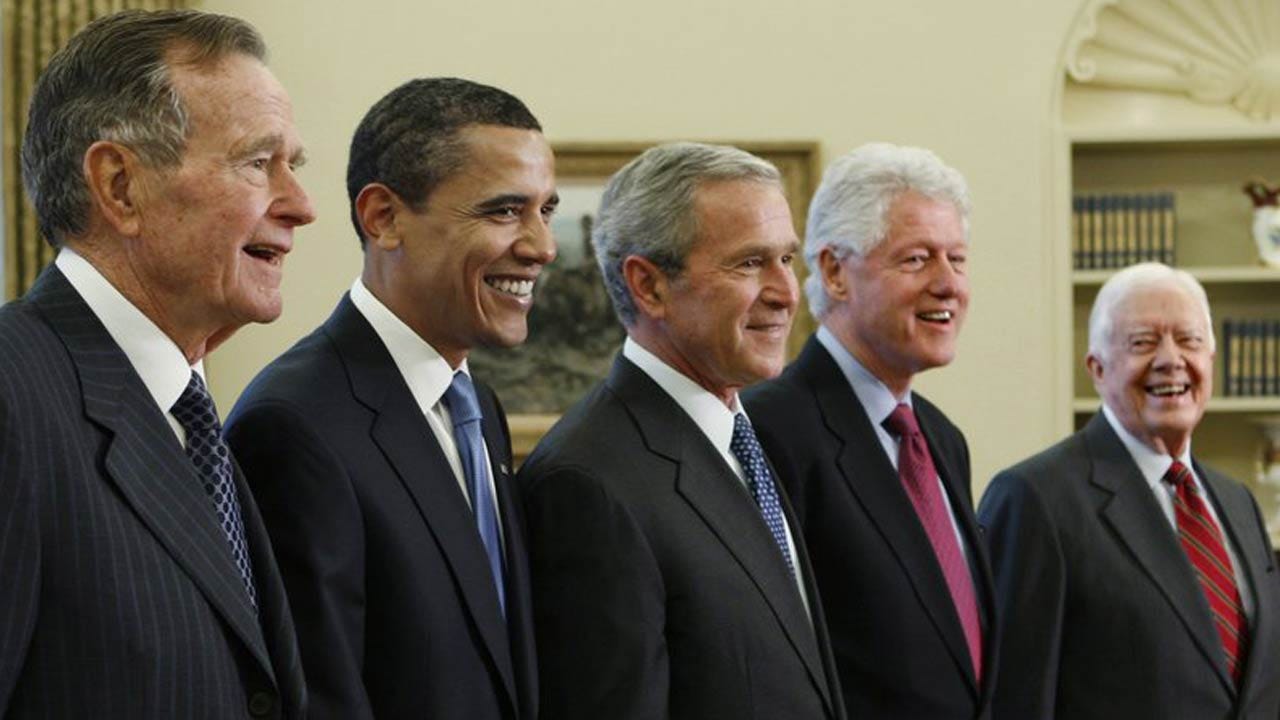 All five living former U.S. presidents will be attending a concert Saturday night in a Texas college town, raising money for relief efforts from Hurricane Harvey, Irma and Maria’s devastation in Texas, Florida, Puerto Rico and the U.S. Virgin Islands.

Democrats Barack Obama, Bill Clinton and Jimmy Carter and Republicans George H.W. and George W. Bush are putting aside politics in contrast with President Donald Trump, who has vowed to help Texas and Florida for as long as it takes but has criticized Puerto Rican leaders while suggesting aid there won’t be unlimited.

Having so much ex-presidential power in one place is unusual. George H.W. Bush spokesman Jim McGrath said all five of Saturday night’s attendees haven’t been together since the opening of the George W. Bush Presidential Library in Dallas in 2013, when Obama was still in office. He didn’t answer a question about whether Trump was formally invited.

The concert features the country music band Alabama, Rock & Roll Hall of Famer ‘Soul Man’ Sam Moore, gospel legend Yolanda Adams and Texas musicians Lyle Lovett and Robert Earl Keen. It’s happening at Texas A&M University’s Reed Arena in College Station, home to the presidential library of the elder Bush. At 93, he has a form of Parkinson’s disease and uses a motorized scooter or a wheelchair for mobility, though he participated in the coin flip at February’s Super Bowl in his hometown of Houston.

George W. Bush was Texas governor before leaving for the White House and now lives in Dallas.

There is precedent for former presidents joining forces for post-disaster fundraising. George H.W. Bush and Bill Clinton raised money together after the 2004 South Asia tsunami and Hurricane Katrina the next year. Clinton and George W. Bush combined to seek donations after Haiti’s 2011 earthquake.

“It’s certainly a triple, if not a homerun, every time,” said Brandon Rottinghaus, a political science professor at the University of Houston. “Presidents have the most powerful and prolific fundraising base of any politician in the world. When they send out a call for help, especially on something that’s not political, they can rake in big money.”

Amid criticism that his administration was initially slow to aid storm-ravaged Puerto Rico, Trump accused island leaders of “poor leadership,” and later tweeted that, “Electric and all infrastructure was disaster before hurricanes” while saying that Federal Emergency Management Agency, first-responders and military personnel wouldn’t be able to stay there forever.

But Rottinghaus said those attending Saturday’s concert were always going to be viewed more favorably since polling consistently shows that “any ex-president is seen as less polarizing than the current president.”

“They can’t get away from the politics of the moment,” he said of current White House occupants. “Ex-presidents are able to step back and be seen as the nation’s grandfather.”

Hurricane Harvey slammed into Texas’ Gulf Coast as a Category 4 hurricane on Aug. 25, eventually unleashing historic flooding in Houston and killing more than 80 people. Shortly thereafter, all five ex-presidents appeared in a commercial for a fundraising effort known as “One America Appeal.” In it, George W. Bush says, “People are hurting down here.” His father, George H.W. Bush, then replies, “We love you, Texas.”

A website accepting donations, OneAmericaAppeal.org, was created with 100 percent of proceeds pledged to hurricane relief.