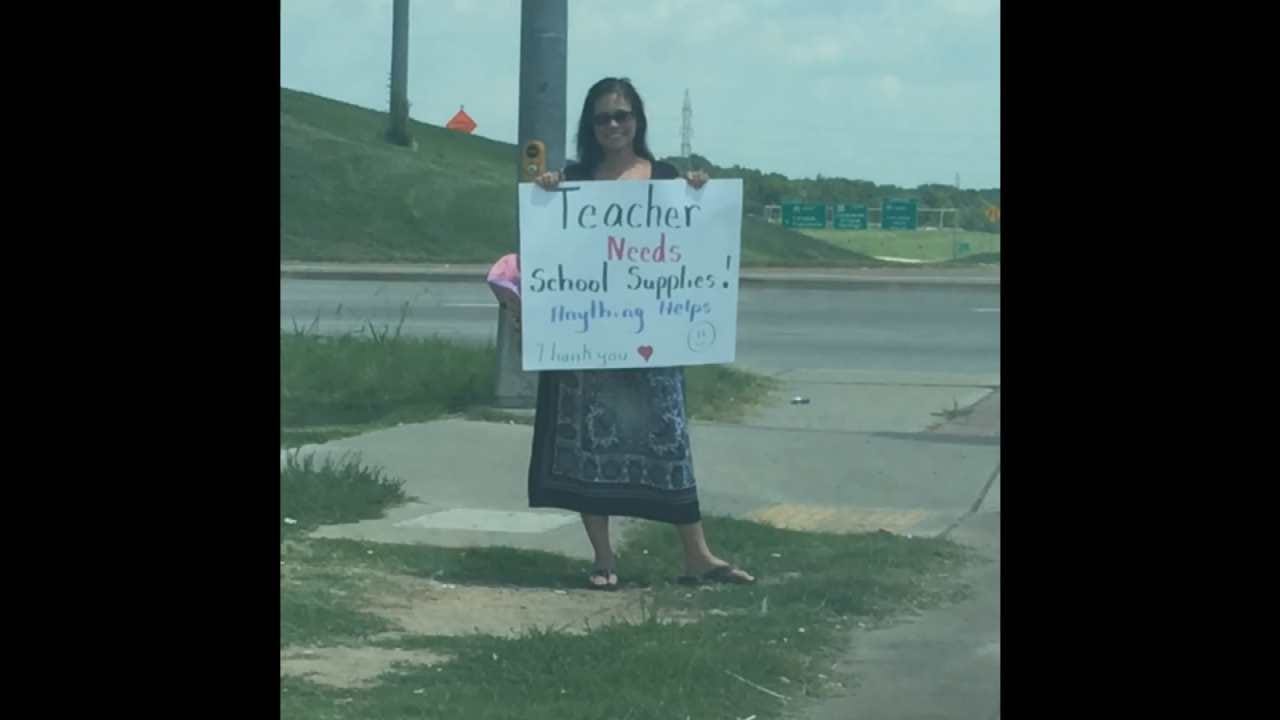 A panhandling teacher’s story went viral several months ago and with all the exposure, she's now able to give back to fellow educators.

Teresa Dank said when she first stood on that corner with that sign asking for classroom supplies, she didn’t think her story would explode the way it did.

The 3rd-grade teacher is taking on Oklahoma’s education struggles head-on.

“I'm fighting a giant beast all by myself if I have to," Danks said.

Three months ago, she added "panhandling teacher" to her title when she stood on a street corner asking for help.

“I was frustrated and I kind of wanted to get out and make a statement and I was really frustrated with where you were," she said.

At first, she thought a few family members would get a good laugh and donate.

Instead, thousands across the country noticed her story thanks to interviews on several national talk shows.

Donations skyrocketed. Prompting her to start the nonprofit "Begging for Education”.

"Most of the time teachers don’t get heard so it was pretty amazing and surreal," Danks said.

Right now, Oklahoma's state budget is in the hole by $900 million and that's had a negative impact on teachers.

“If there is anything that can unite it is the education of our children because they are in fact our future," she said.

Out of the thousands she's raised, she's given back to two schools.

She's partnering with RCB bank next week and will give 22 teachers in Foyil $300 to spend how they choose.

"God is the driver of this school bus and I’m just gonna go with it and try to do the most good as possible," Danks said.

You can also visit her GoFundMe page.