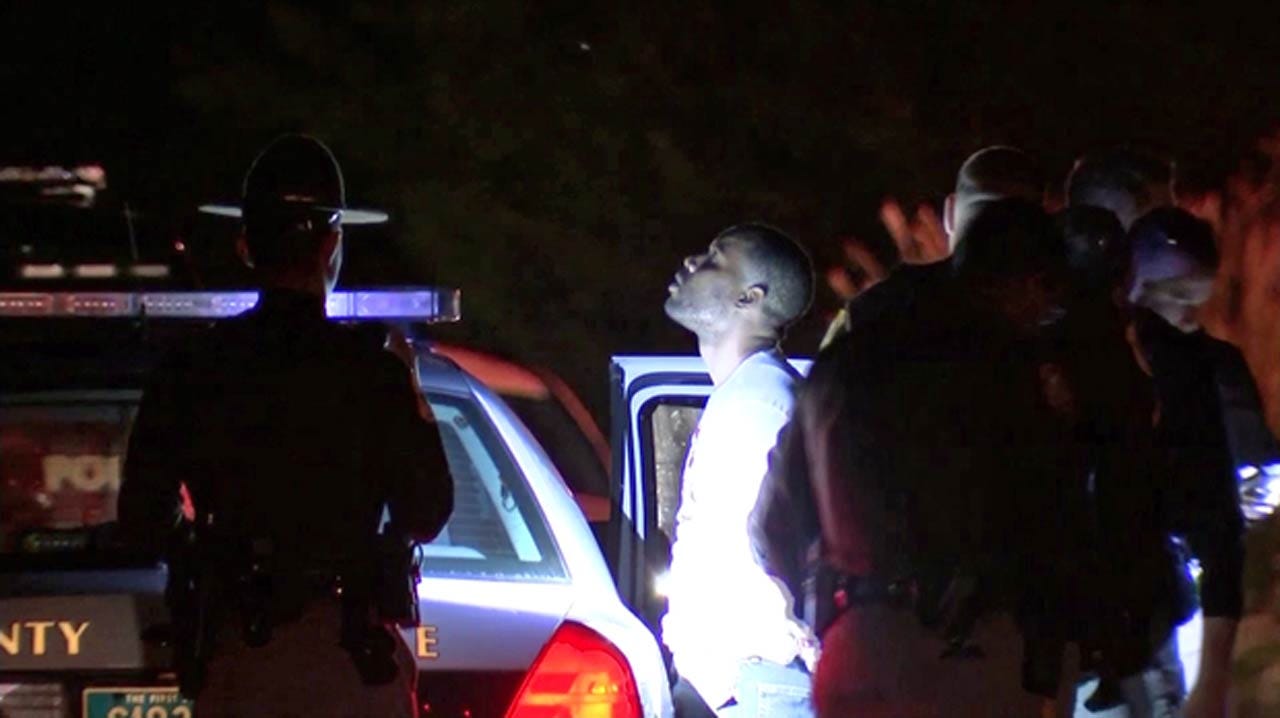 Judge denied ex-employer's request for protection from Edgewood, Maryland, shooting suspect
Officials held a press briefing Wednesday night with updates and to say that the suspect discarded a handgun and fled when police spotted him walking in a town.

Wilmington, Delaware, Police Chief Robert J. Tracy said the suspect was apprehended at 7:05 p.m. in Newark, Delaware, after a brief foot chase and the suspect discarded a .380 firearm.

The vehicle authorities found earlier in the night was unoccupied and officers from multijurisidictional areas tracked the suspect down near a high school. The tip eventually led to Prince's apprehension. He never made it onto school grounds.

"We're very lucky ... our agents are safe and so is our perpetrator," Tracy said, answering a question from the media about the danger officials faced with an armed suspect.

Tracy said that "no stone was unturned" in the manhunt Wednesday. Tracy said he "got chills" during the manhunt and "knows what it's like" when authorities were tracking Prince down.

Officials say that the process of preparing arrest warrants is taking place in both states and Prince will be arraigned. If he doesn't make bail, arrangements will be made to physically move him to Maryland to face charges. No timetable was discussed.

Officials released information about the victims of the shooting with a Facebook post Wednesday night. The deceased were identified as Bayarsaikhan Tudev, 53, of Virginia; Jose Hidalgo Romero, 34, of Aberdeen, Maryland; and Enis Mrvoljak, 48, of Dundalk, Maryland.

The shooting rampage set off a manhunt along the Interstate 95 Northeast corridor. Police cruisers were stationed in medians, and overhead highway signs displayed a description of Prince's sport utility vehicle and its Delaware license plate. The FBI assisted state and local authorities in the manhunt.

Earlier Wednesday, Prince, 37, was also involved in a later shooting about 55 miles away in Wilmington, Delaware, Wilmington police confirmed. Wilmington Police Chief Robert Tracy said a victim who was shot twice at a car dealership less than two hours after the Maryland shooting identified Prince as his assailant.