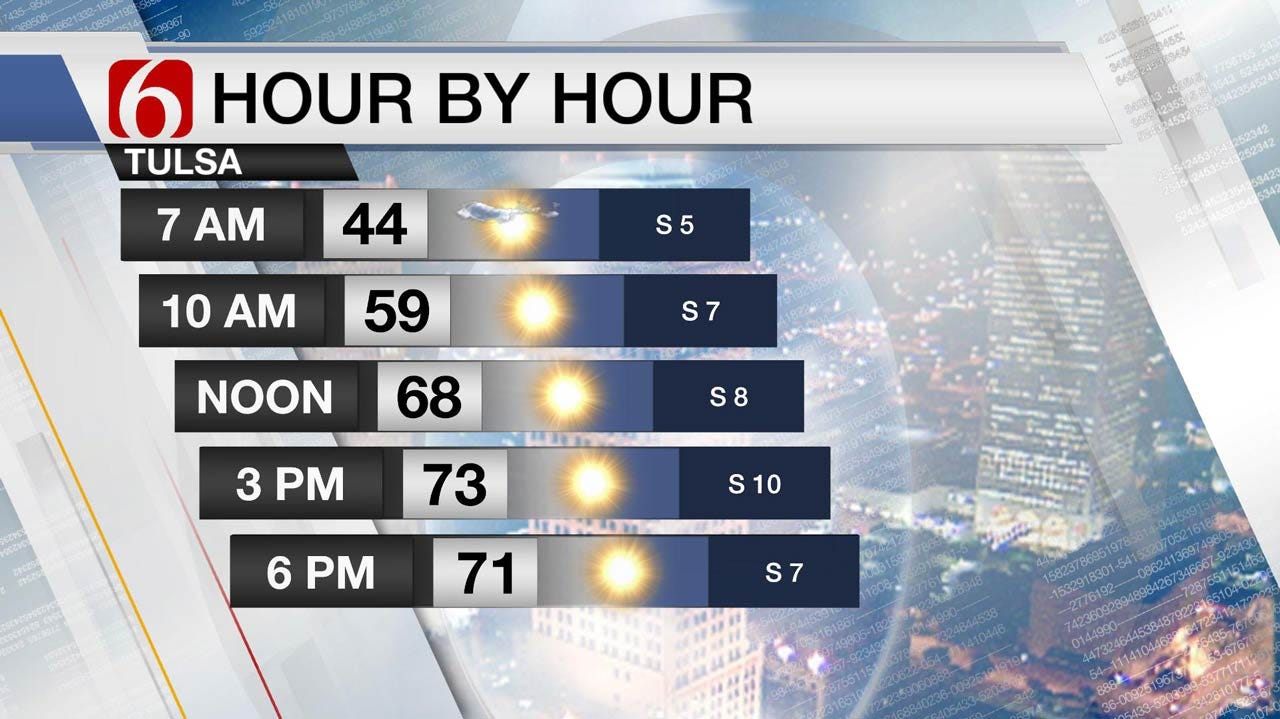 No major changes to the on-going forecast for the next few days. Cool morning and mild afternoons will be likely along with sunshine and south winds.   Our next front moves across the area Saturday night into Sunday morning with another round of showers and storms.   As low-level moisture becomes more apparent, we may have a few passing showers or storms Saturday morning across northeast Oklahoma for a few hours.   But the focus for rain and storms will remain with the Saturday evening front.

The upper level pattern will support a rather benign upper level pattern for the next few days with a mid-level ridge of high pressure developing during the next 24 to 36 hours.   This ridge will eventually slide eastward and southeast into the southeastern third of the nation.  A strong upper level system will rapidly move from west to east across the Canadian provinces tonight into Wednesday with no impact on our sensible weather.   A second system currently in the pacific will move on-shore Wednesday into Thursday and continue moving east into the central plains this weekend.   It’s this wave that will eventually bring the front southward by the 2nd half of the weekend leading to increasing thunderstorm chances.   Like the last system, the main dynamics will remain north.   While we may have one or two strong to severe storms somewhere across the northern OK region, widespread severe weather is unlikely.

The latter days of the GFS and EURO runs have begun hinting at a true surge of Canadian air arriving around the 27th to 28th of October.   While not a major event by any means, it’s the first real sign in the data of the westerlies taking a plunge southward and this would bring the first freeze of the season across part of the central plains, including portions of northern Oklahoma.