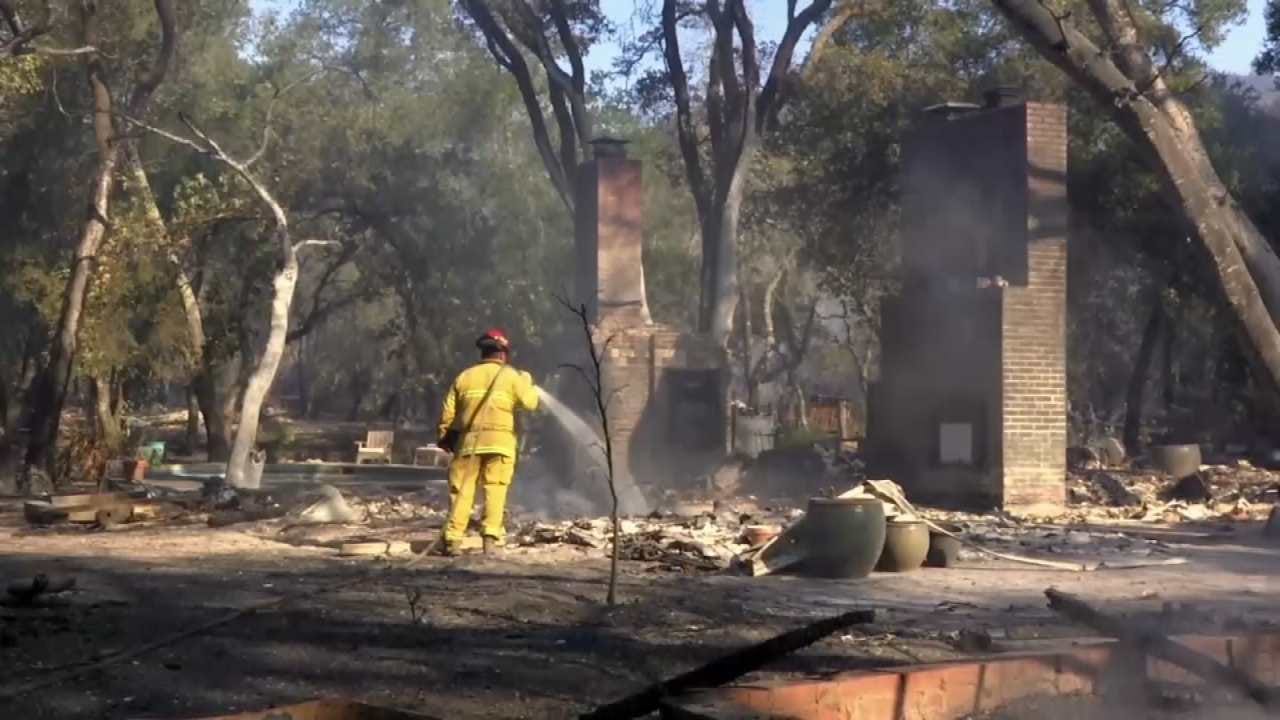 Crews fighting the California wildfires were making progress Monday night as winds that fanned the flames were beginning to die down.

A driver delivering water to the fire lines was killed when his truck flipped. There are now 41 deaths in the fires. A total of 213,000 acres have burned and nearly 6,000 buildings have been destroyed.

Some evacuees are heading home to see if they still have one.

When the Tubbs Fire came racing down into Santa Rosa, Assistant Fire Marshall Paul Lowenthal was called into service.

"I wouldn't imagine we would have something that big, all of a sudden, right here," Lowenthal said.

As the fire continues to burn, officials are now turning their attention to making these neighborhoods safer.

Santa Rosa's Fountain Grove neighborhood has been designated by the state as a "very high fire hazard" zone, requiring homeowners to clear brush and use fire resistant materials on their roofs.

But Coffey Park, a dense neighborhood, is considered a safe area with limited requirements. Neither neighborhood could withstand a fire fueled by 80 mph winds.

"There's a lot of systems and codes that have been put in place to make it safer, to make it a safer environment. But mother nature brought wind," Lowenthal said.

The neighborhood is woven within California's wildland, a prime example of the state's suburban sprawl.

"I don't think anybody would have ever guessed we would have a wildfire that would move through the volume of hotels, commercial buildings, restaurants, areas where there is little to no landscaping -- it burned through all that," Lowenthal said.

Thousands of evacuation orders have been lifted, but in wildland areas it could take days, if not weeks, before the rebuilding can start. There is rain expected later this week, which fire crews are hoping will help them reach their containment goals of 100 percent by Friday.