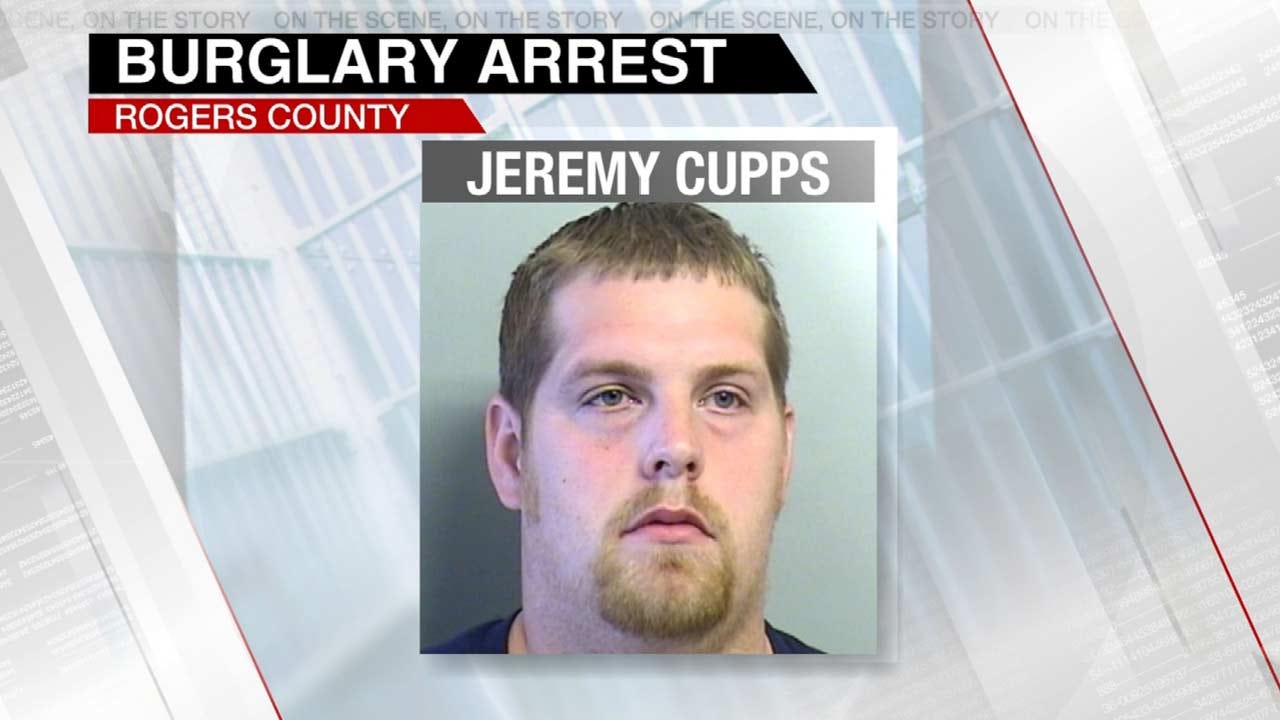 An arrest in Rogers County led deputies to thousands of dollars‘ worth of stolen property.

Sheriff Scott Walton said he doesn't believe the suspect acted alone and said other arrests could be made.

The Rogers County Sheriff’s Office posted a picture to Facebook of a suspect they say was stealing items from Sherwood Construction.

With the community's help, deputies identified the man in the photo as Jeremy Cupps.

"Cupps had been on our radar before," Walton said.

Court records show Cupps has an extensive criminal history in several counties across the state that includes drug charges, grand larceny and breaking and entering.

In Marcy, Oklahoma Highway Patrol troopers said they had a run in with Cupps, saying he crashed into a couple's truck while running from officers.

No charges have been filed yet in that case.

"Cupps is no friend of anybody's. Certainly, a focus of multiple jurisdictions," Walton said.

With the community's help, deputies found out Cupps was working at Gills Truck Wash in Rogers County.

Walton said, "Our deputies come out to this location, as soon as Cupps sees them, he runs."

Deputies caught up with Cupps but they said he didn’t surrender without a fight.

"Fights with officers. Has to be tased and taken into custody," Walton said.

When deputies went back to the truck wash they found thousands of dollars’ worth of stolen items; construction tools and trailers are just a few of the items on the list.

"I certainly don't think we're through here, and I believe that we will see more agencies become involved in this investigation. We will see that the area that is concerned in thefts gets to be quite large,” Walton said.

Deputies are still looking for owners of some of the stolen property. If any of the items look familiar, call the Rogers County Sheriff’s Office at 918-342-9700.