AAA Oklahoma Encourages Talking With Teens About Safety On The Road 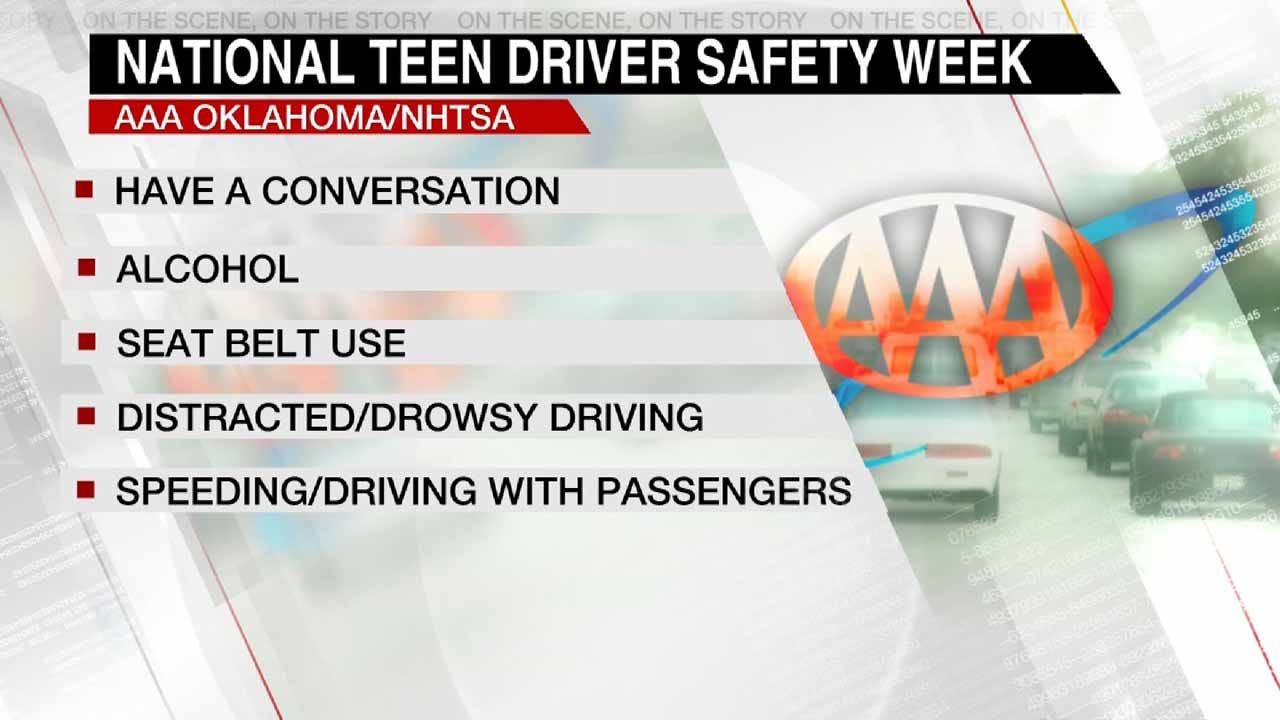 They say this is a good time for parents of teens to talk to their kids about the rules of the road.

Car crashes are the leading cause of death among teens in the United States. Teens were involved in 68 deadly crashes in Oklahoma in 2016.

AAA Oklahoma says parents and caregivers should talk with their teen drivers about safe ways to drive.

The conversation should include dangerous teen driving behaviors like alcohol, not wearing a seat belt, distracted and drowsy driving, speeding and driving with passengers.

Parents should also talk with the teens keeping their hands on the wheel and eyes on the road and following the speed limit.

Experts say don't try to scare your teens with the conversation because that could make it worse, instead, focus on the positive actions that can take to be safer when behind the wheel.

AAA Oklahoma Encourages Talking With Teens About Safety On The Road