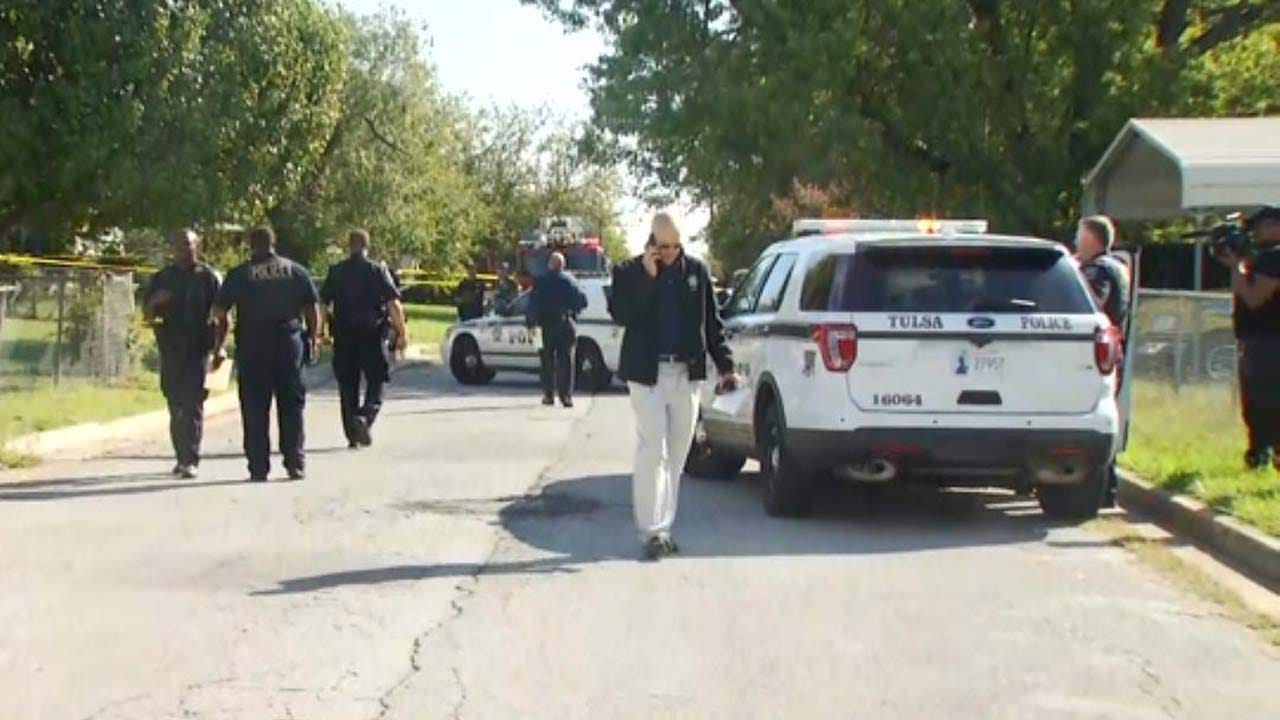 Tulsa Police are looking for the person who shot and killed a man in front of his 2-year-old daughter Thursday.

It’s the city’s 69th homicide this year and neighbors say all the killing needs to stop.

Emotions ran high at the scene in the 5700 block of North Garrison as dozens of family members and the community showed up in tears.

The screams and sobs echoed through the air as family member after family member learned the devastating news that a 2-year-old girl will have to grow up without her father.

Someone shot and man several times, killing him. His 2-year-old-daughter was in the back seat, just feet away, but wasn’t hurt.

"We got the child immediately to safety," he said. "Anybody losing their life is tough and then you stack that on top of somebody getting shot and dying violently - it's a bad deal all around," said Sergeant Andrew MacKenzie.

The officer said there were several shell casings found at the scene. They don't have any suspect information, but it's very early in the investigation, he said.

Patty Smith said she heard about eight shots, but when she first looked outside nothing seemed out of place. When she stepped back outside minutes later, everything seemed wrong.

"This lady was pulling this little girl out of the car screaming, ‘Help me, help me, help me. There's a dead man and a baby is in the car,’" Smith said.

Emergency crews tried to perform CPR but it was too late.

As crime scene investigators gathered evidence, the magnitude of death started sinking it, sending family members and community members into an outrage.

Sharon Walker said she didn’t know the family, but said hearing stories like this is becoming too much to take.

Police are speaking to people around the neighborhood, hoping to find clues to solve the crime.

Several people were overwhelmed with sadness on the scene. A few people passed out and had to be checked out by paramedics.