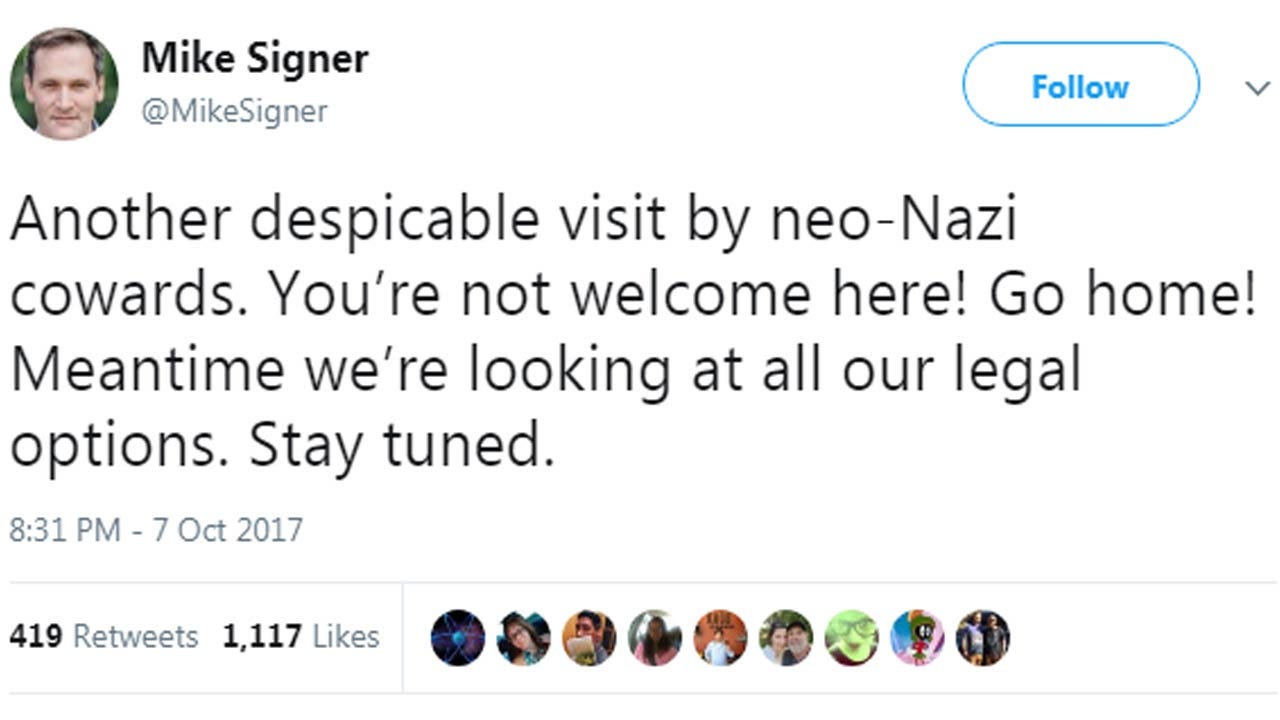 The marchers chanted "you will not replace us" and "we will be back" at Emancipation Park, according to WCAV. The rally only lasted about 20 minutes before they dispersed.

Meanwhile, three people were arrested following a protest during a bicentennial celebration at the University of Virginia on Friday.

The star-studded show featured performances by Leslie Odom Jr., the star of Broadway's "Hamilton" and the Goo Goo Dolls.

The Daily Progress reports that as journalist Katie Couric, a university alumna, was introducing the next act, three activists climbed in front of a screen. They unfurled a banner that read, "200 years of white supremacy."

The three people arrested were students, according to WCAV.

The university has faced criticism from some students over its response to this summer's white nationalist rallies in the city. Critics have also called on the school to do more to acknowledge racist parts of its past.

The incidents come almost two months after a white nationalist rally at the same location in Charlottesville that left one woman dead and at least 19 others injured. A torch-lit rally was held the night before.