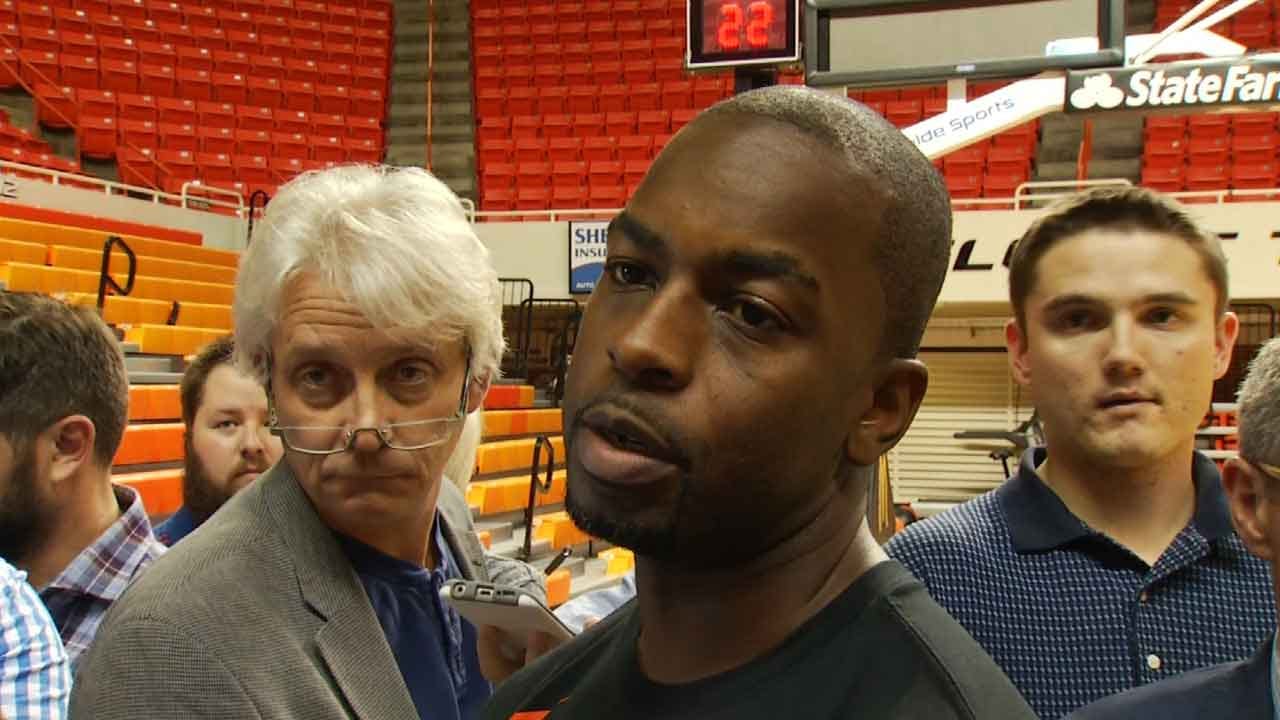 Oklahoma State's head basketball coach spoke with the media for the first time since his assistant coach, Lamont Evans, was indicted on federal charges.

Coach Mike Boynton said he was shocked when he found out about the accusations on Twitter.

Boynton said he's doing everything he can to shield his players from the controversy so they can focus on the season.

"One of our jobs is to try to eliminate the effect that those distractions have on our team, and I told our team this is a distraction, one that may linger on longer than we’d like,” Boynton said.

This is Boynton's first season as the Cowboys' head coach.

Evans was fired from the university after he was arrested and charged with bribery and corruption as part of an FBI investigation into college basketball recruiting.