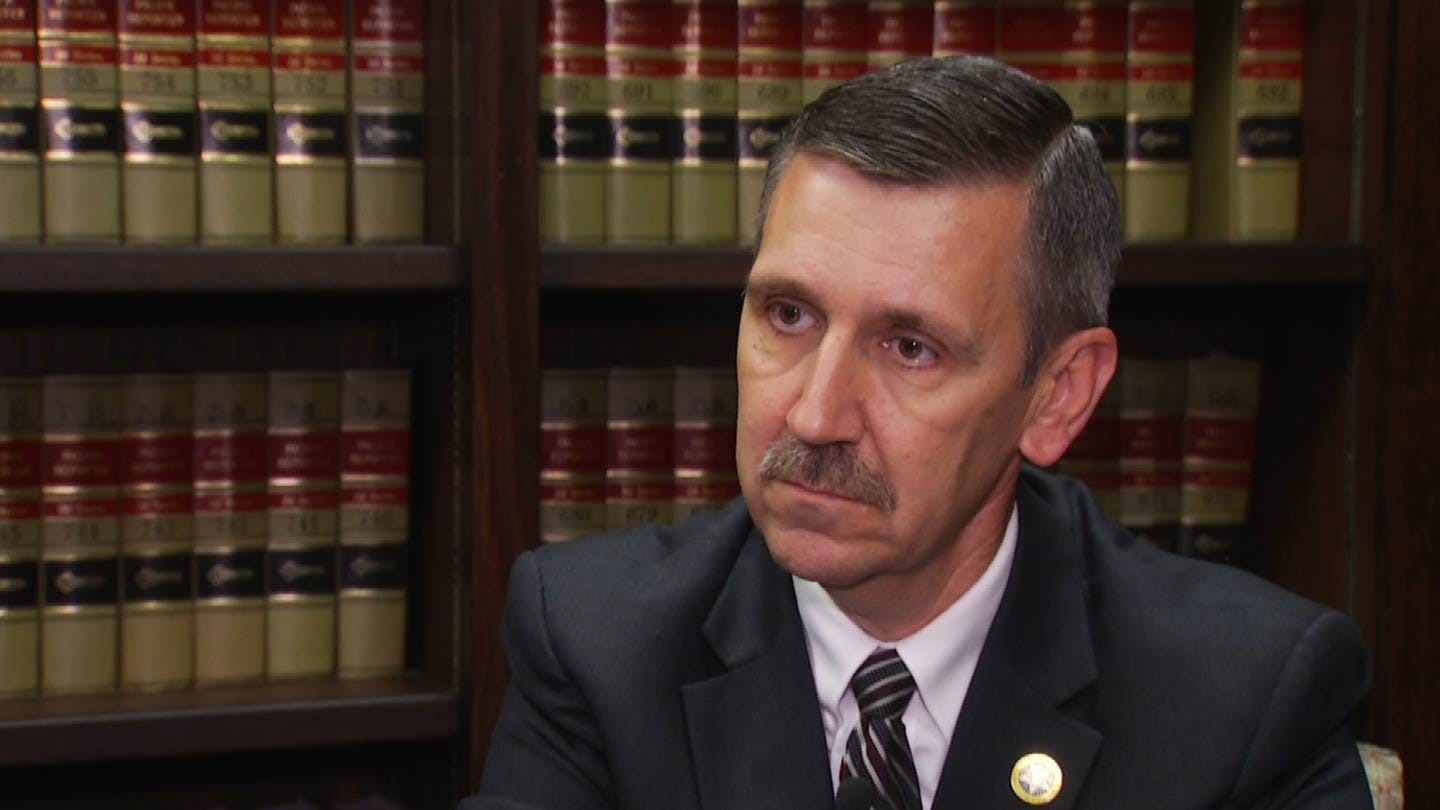 Many people want to know why 16-year-old Deonte Green was not in jail for previous crimes when police say he raped an 81-year-old woman and murdered a Broken Arrow teacher.

While the DA can't talk specifically about Green's juvenile record, what he did say, is that he thinks state cuts are to blame.

Sources say accused murderer Green has been arrested at least four times in just the past year.

Police say even before his 16th birthday, Green was on their radar.

"It's very unusual that you do, especially at such a young age, that your activities have already made you very well known by law enforcement,” said TPD Sgt. Shane Tuell.

Police say Green was known to run around with a group of teens including one adult before his most recent arrest for the murder of Shane Anderson.

Sgt. Tuell can't get into the details of Green's juvenile record but says police can only do their part.

"Whether you’re the patrol officer or the detective on the case and you put an individual in jail and the next thing you know they're out, it's frustrating,” said Tuell.

Tulsa County District attorney Steve Kunzwieler says he feels the same way. He says things like this make him mad every day.

Kunzwieler says the juvenile system is much different than the system for adults and that prosecutors can only do so much.

The fate of a juvenile or youthful offender is up to a judge, and many times, only the most violent are kept under lock and key.

"When you close a facility like Lloyd Raider Center and eliminate available beds where you can put somebody for the treatment that they need or detain them for the period of time to keep the community safe, when you take those beds away, then courts are constrained with, ‘What am I going to do with this person?" Kunzweiler explained.