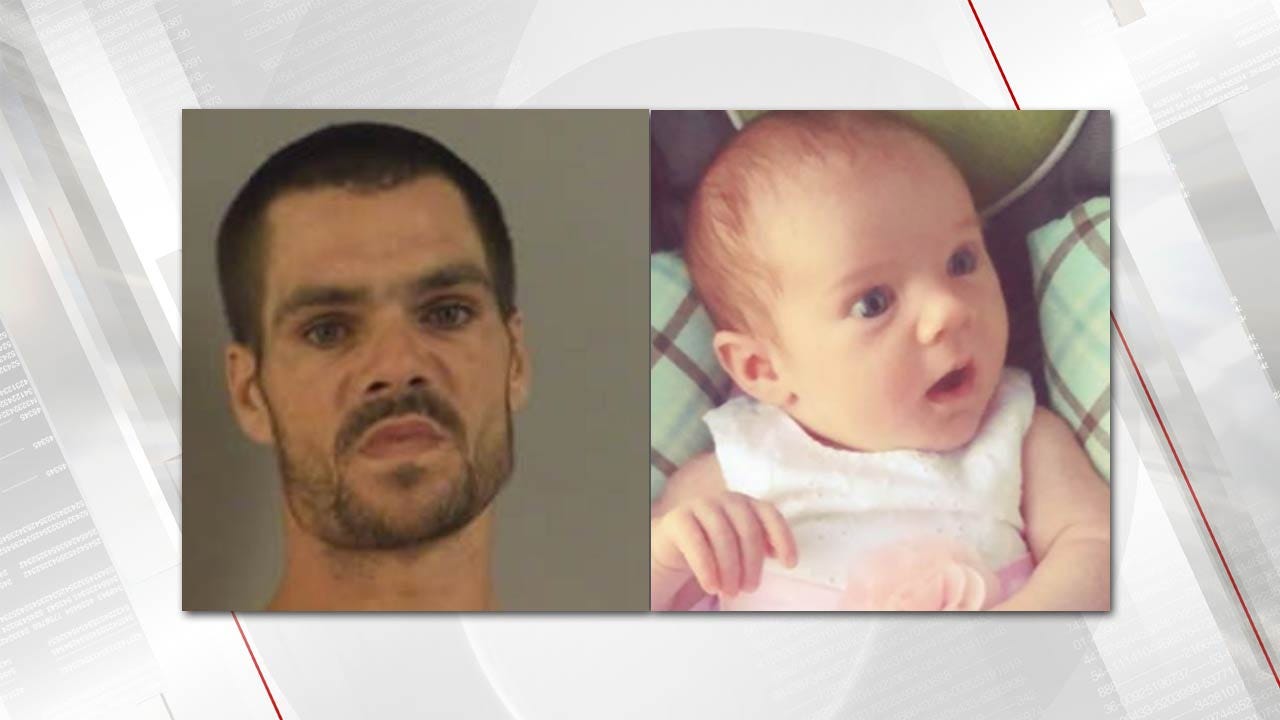 A missing 5-month-old girl is safe after police say a domestic dispute led to a car crash.

Police say a man and woman got into an argument, the man, Dallas Woods, grabbed their baby and sped off.

They later found the car wrecked, with no father or baby inside.

The baby, Madison Woods, was missing Wednesday morning but police found her - unhurt - just before noon.

She was found at an apartment with relatives where her father had at some point left her during the morning.

The path that led to her included police investigating a car wreck at 7th and Sheridan, where a power pole was knocked down, cutting electricity off to 500 homes.

Police happened upon the wreck while checking out a call from a QuikTrip about a man with an infant at 3:30 a.m. in the morning.

"The father was walking around with that infant child and they thought that was suspicious so officers responded and he wasn't there when they arrived. They started canvassing the area and that's when they find the car wreck and the power pole down," said Tulsa Police Officer Jeanne MacKenzie.

The car was abandoned but quickly connected to the missing man and baby.

Evidence from the scene showed that it was most likely that child was not in a car seat when the collision occurred and it was a pretty serious wreck.

"He's the father of the child and he has as much right to take the child as she does so there's not much she could do to prevent him taking the child," she said.

DHS is looking into the case, along with child crisis detectives from TPD.