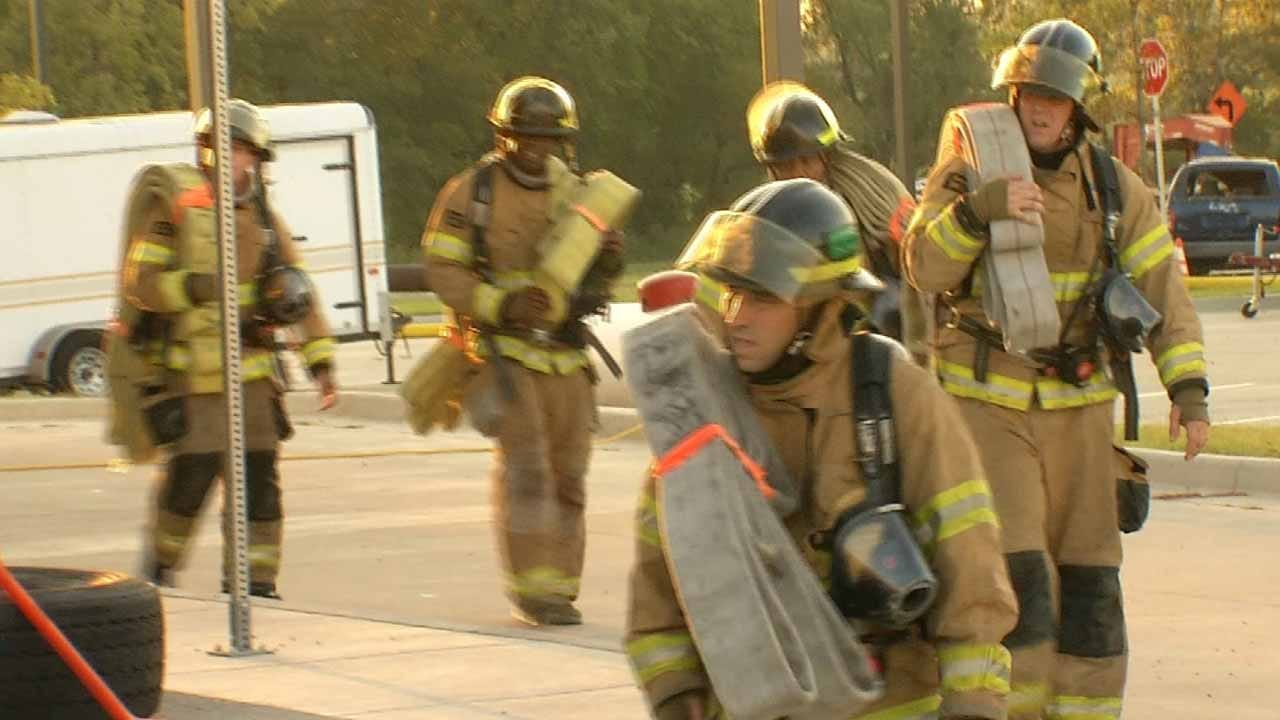 Twenty-five Tulsa Fire cadets are going through their final exercise, a 24-hour training drill. It's to give them an idea of what it's like to work a real shift as a firefighter.

They'll respond to staged fires, crashes and other emergencies on the Tulsa Fire Academy campus, but they don't know when they'll be called out to an emergency.

“It's just gonna be fun to be sitting there waiting on the tone to drop, the element of surprise, not knowing what's coming and what scenarios they've got for us,” cadet Jeff Long said.

The training drill is the final exercise before the cadets graduate Friday.

There are four women cadets this year, the most for any cadet class.

The day started on a solemn note honoring the victims of the mass shooting in Las Vegas.

Their captain told the cadets to think about Vegas, the victims and the emergency responders.

“I'm forever grateful for those people - my brothers and sisters out in Las Vegas serving and taking care of them, my prayers are with the families in Vegas every single day,” Blanton said.

TFD said it trains for mass casualty situations and is hosting training session next week on that topic.

With the magnitude of what happened in Vegas, the department said it will re-evaluate its procedures to make sure firefighters are prepared if a similar scenario happened here.