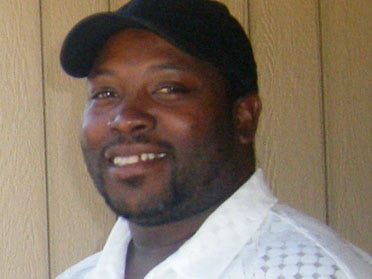 TULSA, OK -- A grieving Tulsa family is speaking out about its loss.

Rodney Hackett, 42, was shot in February and died last week as a result of complications from his injuries. Two teens have been arrested in connection with the crime.

Hackett was laid to rest Saturday.

"Today is a tragic day for our family, one of the hardest days of our lives, said Tim Hackett, the victim's brother. "We just buried someone we loved dearly, and who loved us dearly. So we're struggling with that."

Tim Hackett thought his brother had survived the worst of it. Rodney Hackett was getting better and even planning a trip to visit him in Memphis.

But that trip never happened. Instead, Tim Hackett came to Tulsa for his brother's funeral.

"He had come a long way," Tim Hackett said. "Our expectations were that he was going to make a full recovery."

Rodney Hackett was shot Feb. 8 while sitting in his car on Young Street in north Tulsa.

Police arrested two 15-year-olds in his death. They say Kurtis Johnson confessed to shooting Hackett, and Andrew White helped Johnson hide out after the shooting.

Both have been booked on complaints of first-degree murder, but the Hacketts say they don't bear any ill will toward the teenagers.

"There's no anger whatsoever," he said. "Like I said, we're in the healing process now of this grieving situation. Our prayers are going out to those kids' families because I know it's a horrible ordeal also."

Instead, family members say they will focus on Rodney Hackett's positive legacy.

"Rodney had this huge heart, just genuine love and concern for other people, and so that's the way I'm going to remember him," Tim Hackett said.

Rodney Hackett is survived by a 14-year-old daughter. To help pay with funeral expenses, a memorial fund has been set up in his name. Donations can be made at any Bank of America branch.