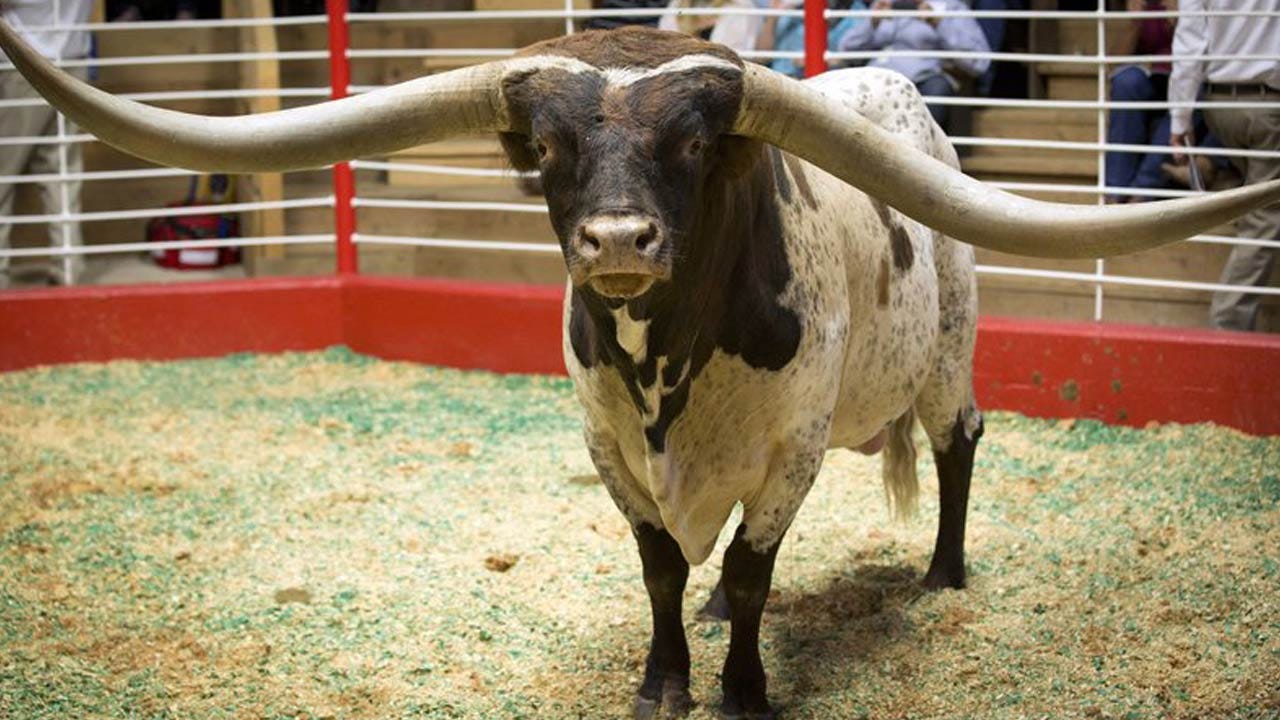 A longhorn bull from Oklahoma with a record horn span of more than 8 feet has been sold for $165,000 at the Fort Worth Stockyards in Texas.

Richard Filip told the Fort Worth Star-Telegram that the bull will be used for breeding on the couple’s ranch, which has more than 100 longhorns. Jeanne Filip said the bull will be “the VIP of the ranch.”

At the same auction last year, Lazy J’s Bluegrass from Kansas, the world record-holder for a steer with horns at 121 inches, sold for $49,000.