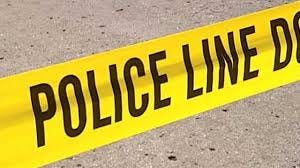 The Choctaw County Sheriff's Office received a report of a man who had been shot around 1 p.m. Thursday, according to the OSBI.

Deputies found a man dead from a gunshot wound inside a residence in the 200 block of Washington Street in Boswell.

The man was identified as 51-year-old Jackie Lewis Allen of Bennington.

The residence belonged to Mack Brinkley, who deputies discovered had fled the home while holding a woman hostage.

Troopers located Brinkley on Highway 3 in Atoka County, and a pursuit ensued.

Brinkley was shot and killed, the OSBI said.

The hostage was not injured.

OSBI investigators were on scene Thursday afternoon investigating the situation.