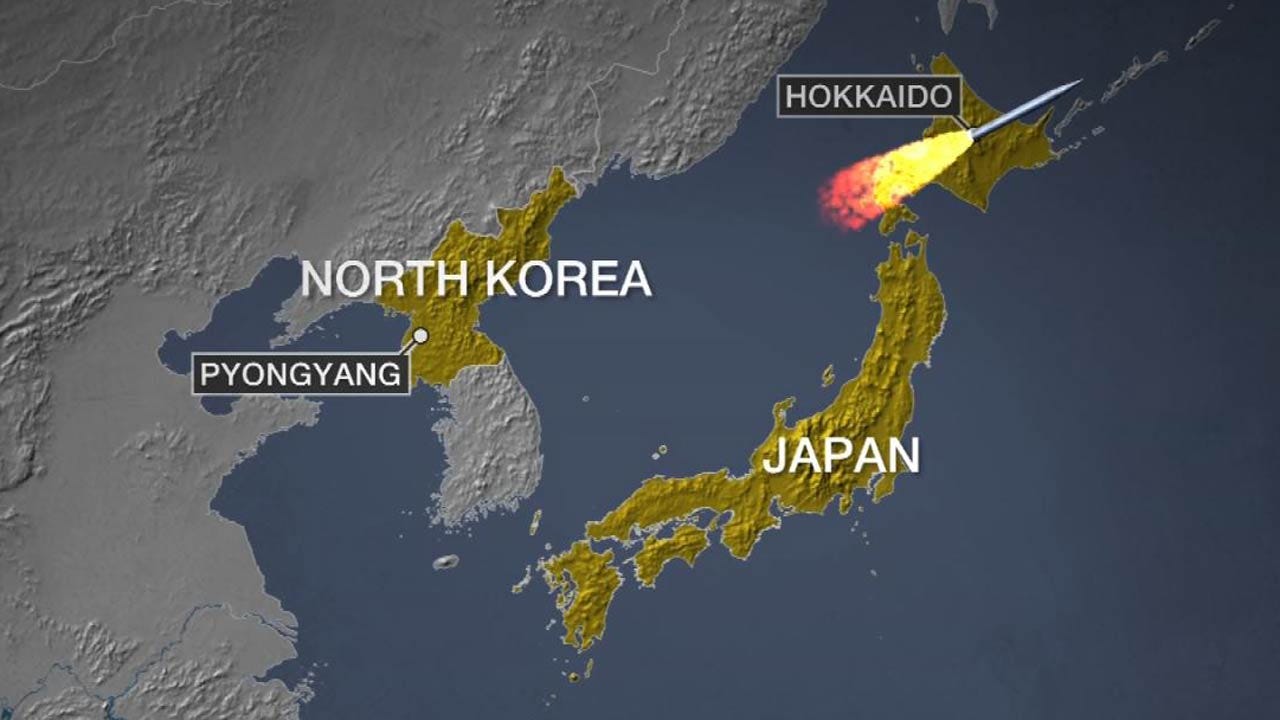 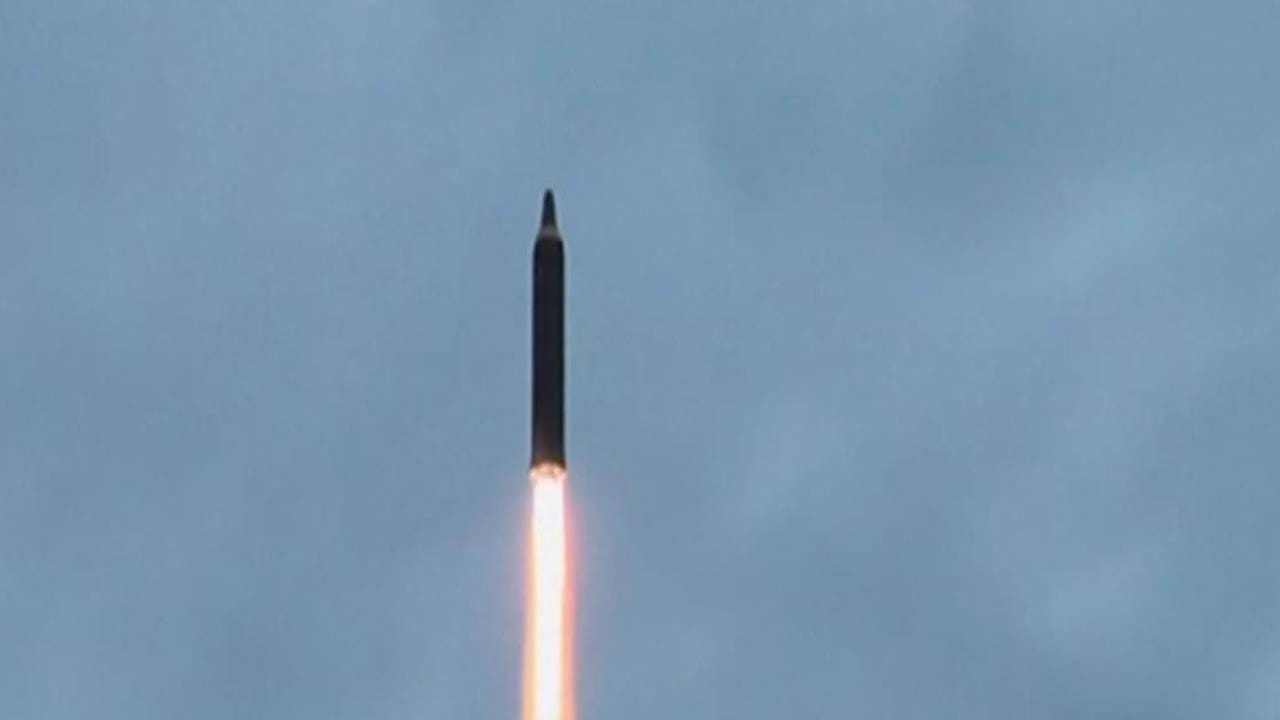 North Korea has fired an unidentified missile from its capital, Pyongyang, South Korea says, in a move that the South Korea's foreign ministry strongly condemned.

Its the longest-ever flight of its kind. South Korea's Joint Chiefs of Staff said the missile traveled about 2,300 miles and reached a maximum height of 478 miles.

A defense ministry official said the South's response came while the North's missile was still flying, according to Yonhap.

According to Chief Cabinet Secretary Yoshihide Suga, the missile was launched at 6:57 a.m. Japan time Friday, flew over Hokkaido and splashed down at 7:06 a.m., about 2,000 kilometers east of Cape Erimo, according to the Reuters news agency.

A military source tells CBS News the intermediate range missile never posed a threat to the U.S. or Guam.

CBS News foreign correspondent Ben Tracy, who is based in Beijing, reports the playbook seems nearly identical to the last launch, appearing to have been launched from or near the airport in Pyongyang and it flew over Hokkaido.

South Korea's Joint Chiefs of Staff said Friday that the missile was launched from Sunan, the site of Pyongyang's international airport.

Japan's public broadcasting organization, Nippon Hoso Kyokai (NHK), reports the missile "has flown over northern Japan and landed in the Pacific Ocean." The Japanese government was advising people to stay away from anything that looks like missile debris, NHK reported.

The North last month used the airport to fire a Hwasong-12 intermediate range missile that flew over northern Japan in what it declared as a "meaningful prelude" to containing the U.S. Pacific island territory of Guam and the start of more ballistic missile launches targeting the Pacific Ocean.

U.S. Secretary of State Rex Tillerson said late Thursday that "China and Russia must indicate their intolerance for these reckless missile launches by taking direct actions of their own." Tillerson added, "these continued provocations only deepen North Korea's diplomatic and economic isolation," and "all nations to take new measures," in wake of the North's latest missile launch.

Mattis was at the U.S. Strategic Command headquarters in Nebraska at the time of the launch and said afterward the missile "was fired over Japan and put millions of Japanese in duck and cover."

Asked about a possible American military response, Mattis said, "I don't want to talk on that yet."

According to White House press secretary Sarah Huckabee Sanders and Mattis, President Trump has been debriefed on the missile launch, but he did not comment on it when speaking to reporters Thursday evening.

Last week, the U.S., Japan and South Korea said they hoped a new round of tough sanctions might bring North Korea to negotiations.

China had been on board to impose tough sanctions against North Korea in August. The latest round of U.N. measures showed a break on the distance to which Beijing wishes to go to pressure the government of Kim Jong Un, making options open to the U.N. limited.