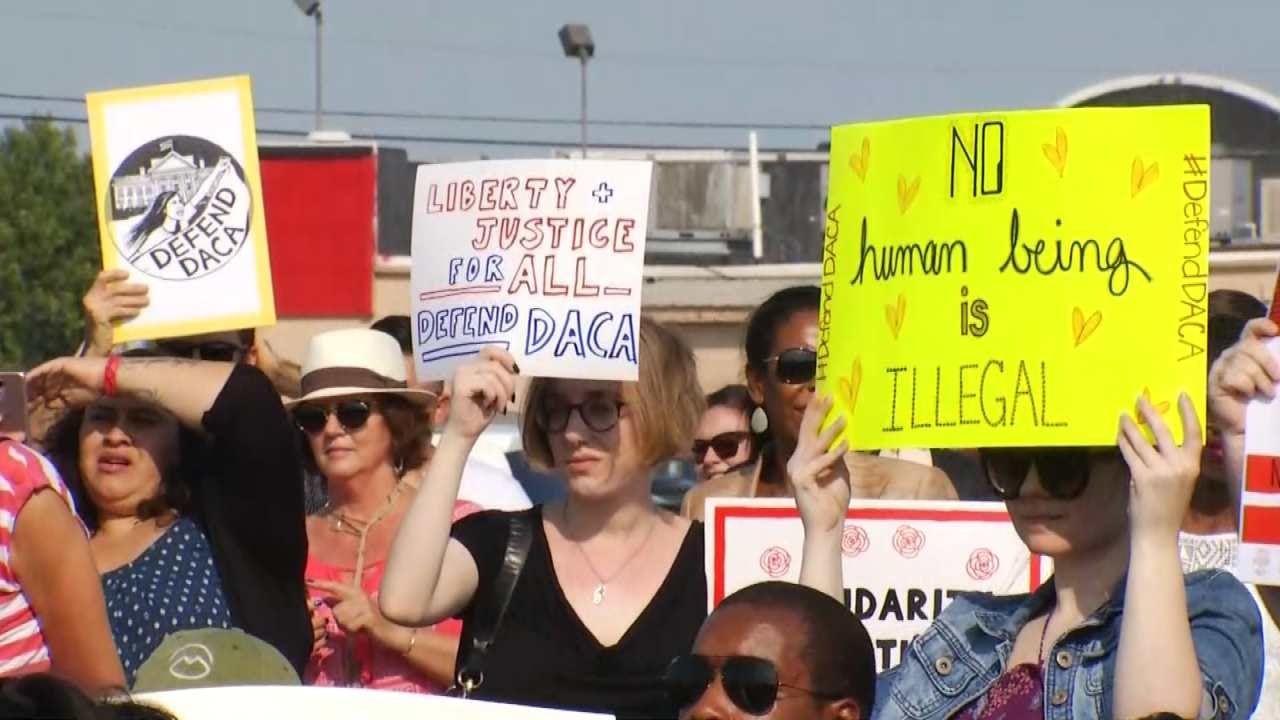 The fate of 800,000 immigrants brought to the states as children remains in limbo nearly one week after President trump ended the Obama era DACA program.

Tulsans held a demonstration Sunday to voice their opinion on the issue.

They've been very vocal over the last week following the end of the DACA program.

Somewhat in protest and to gain more support, they organized this Immigrant Unity demonstration.

Folks from all walks of life gathered to show their support.

They said it's scary to know that one change in government can decide if you stay in the country you love and know or be sent back to a country you don't.

Some of the folks I spoke to here say they've contributed a lot to this community and right now they feel rejected.

Jordan Macariegos said, "I do trust the community that supports here and that's why I'm focusing my efforts here locally to make sure my community and my family resides in are comfortable and that they know there are people here that are willing to help them."

President Trump has given Congress 6 months to act and legalize DACA, saying that's what president Obama should have waited for in the first place.