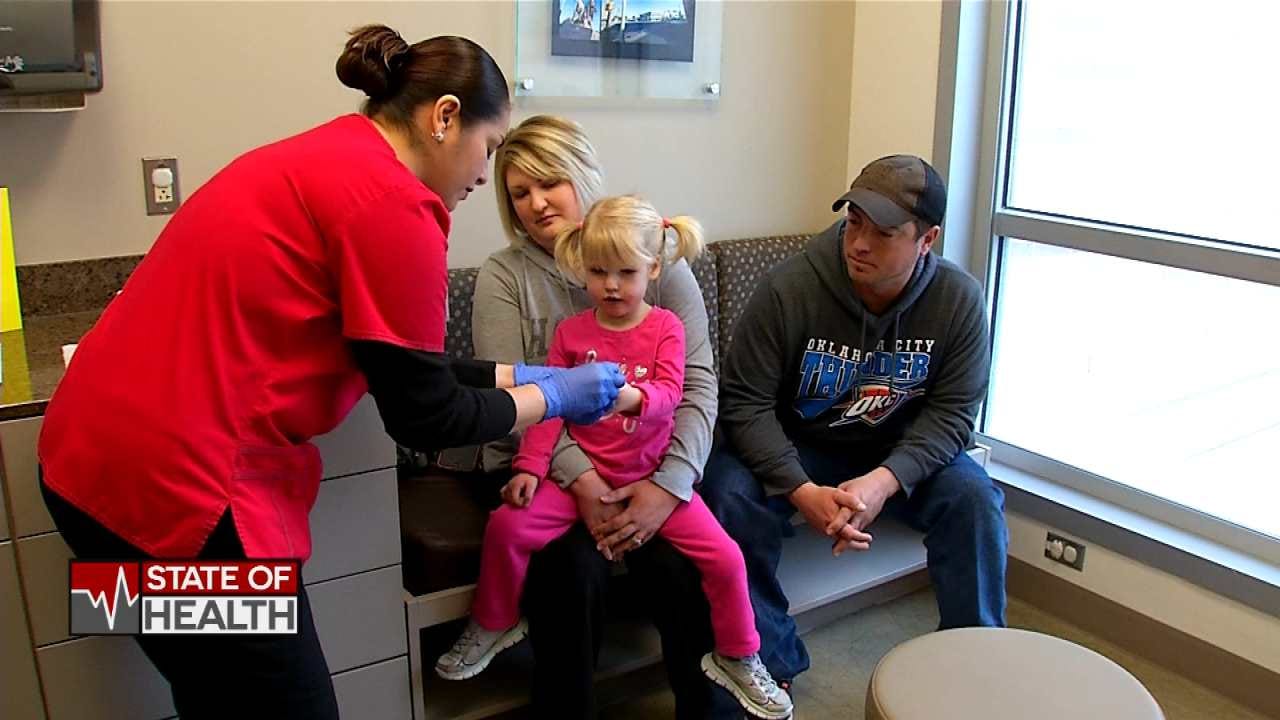 More than 600,000 Oklahoma children rely on the state's Medicaid program called SoonerCare, but budget cuts could impact care for the state's youngest patients.

The program was a lifeline for one Oklahoma family.

“Everybody she meets, she has to make them smile,” Tiffany Funk said of her daughter Lily.

Behind those smiles, 4-year-old Lily is struggling inside.

“Whenever she was born, we had no idea,” said Jessie Funk, Lily’s dad.

Six hours after their daughter was born, Jessie and Tiffany found out she only had half a heart.

"Thought we were going to have a healthy baby," Tiffany said.

Since then, Lily has had four open heart surgeries, and the medical problems didn't end there. Last year, she was rushed to the hospital after suffering a stroke and cardiac arrest.

"The scariest day of my life," Tiffany said. "It took a long time for me to cope with it. It would play over and over in my mind."

While trying to keep their daughter healthy, the bills started to pile up. Then, Jessie lost his job.

"It's was nerve racking, but I had a peace about it that everything was going to be all right," he said.

SoonerCare is Oklahoma's medical system and is managed by the Oklahoma Health Care Authority.  The program pays for everything from medical and dental needs to hospital visits and medications.

In 2016, the state covered more than a million Oklahomans through SoonerCare and more than half of those were children.

The program has seen major budget cuts, losing more than $400 million since 2014. And for the 50,000 providers across the state, that means a more than 10 percent cut to their reimbursement rate.

"We know that if your network provider erodes it can impact your ability for timely care," said Oklahoma Health Care Authority CEO Becky Pasternik-Ikard.

At this point, those past cuts haven't affected access to care for the children who need it most, like Lily did.

"It was nice, it was real nice when we had that and didn't have to worry about the finances of the healthcare," said Jessie Funk.

Lily still needs constant care through therapies and multiple checkups - and one day a heart transplant.

"She's a fighter, she smiles through everything," said her mother, Tiffany Funk.

Jessie got another job and admits the insurance isn't as good as SoonerCare, but he's happy he's able to provide for his family once again.