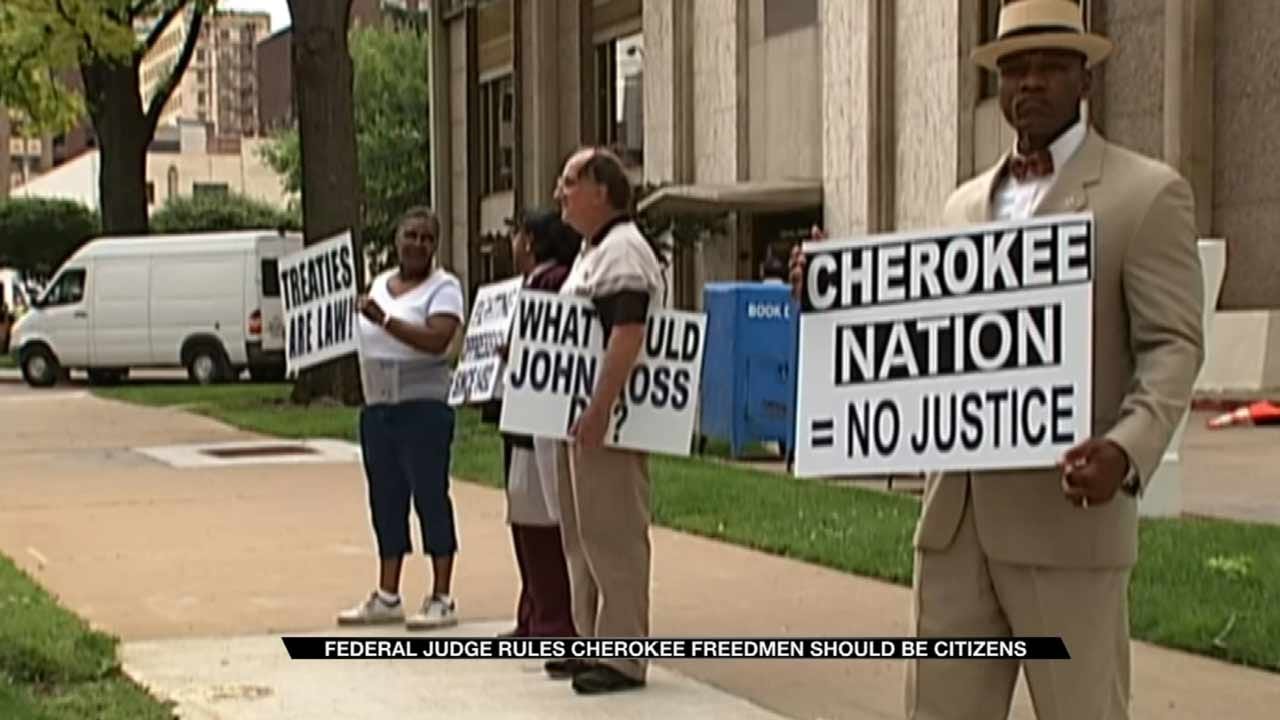 A federal judge ruled the descendants of slaves once owned by the Cherokee Nation have the rights of citizenship. The decision means at least 3,000 people with uncertain ties to the Nation will be considered full members of the tribe.

The heart of the question goes back to 1866 - the court case only to 2003. A judge in Washington said this complicated case comes down to a very simple sentence.

On the Eve of the Cherokee Holiday - the Tribal government has lost a long running dispute over civil rights. The issue was whether descendants of the tribe's slaves are full Cherokees - and a judge decided they are.

One of the Freedmen descendents, Marilyn Vann, sued the tribe as it threatened to expel her.

"This is validation of who we are," said Marilyn Vann. "We do have our rights to citizenship through the Treaty, and the United States hasn't passed a law to take it away. This is what we wanted, yes."

In the decision - the U.S. Federal judge noted "both Nations' chronicles share the shameful taint of African slavery."

The judge said this text from the Treaty was clear, in both abolishing slavery within the nation and declaring all Freedmen should have the same rights as native Cherokees.

Treaty of 1866: "Never here-after shall either slavery or involuntary servitude exist in the nation" and "all freedmen who have been liberated... shall have all the rights of native Cherokee."

The Nation's Attorney General says he will not appeal the decision. Chief Bill John Baker refused an interview about any aspect of the case, but this weekend he'll be delivering an important address to the Nation at the holiday events.