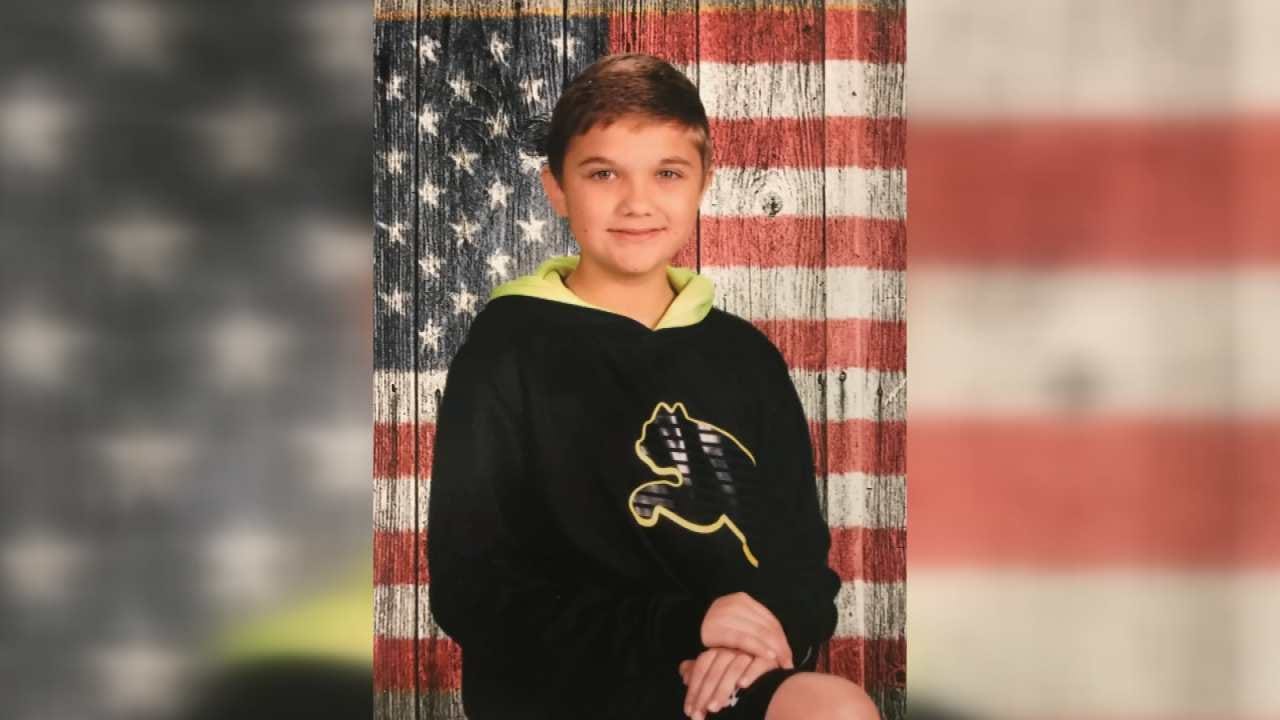 An Oklahoma grandmother wants people to know about an online game called the Blue Whale Challenge, she said encouraged her 12-year-old grandson to take his own life.

The challenge started in Russia, but the Leflore County Sheriff's Office says there are victims right here in Green Country.

The boy's grandmother, Linda Miesner, describes her grandson, Chase, as an empathetic boy who loved to read and color.

"Everybody fell in love with him the minute they saw him, you know?" she said.

He adored animals and would spend hours playing with his legos.

"My only grandchild, the love of my life," Miesner said. "Anything we did together, it was just special."

Miesner said Chase was surrounded by love at home but at school, he was being bullied.

She said despite her advice to Chase and the action the school took, the bullying wouldn't stop.

"'Well, granny that didn't work, I do just smile and walk away but they don't stop,'" Miesner said he told her.

Chase took his life on the evening of August 13th.

Each "player" is paired with an online administrator who assigns 50 days of challenges that range from watching horror movies at a specific time each day to self-mutilation.

The last challenge is to take your own life.

But Miesner warns even the happiest kids, can get sucked in.

"Watch 'em. Be aware of what they are on the internet with. Just pay attention to your kids," Miesner said. "Just be aware that something so innocent, can be deadly."

The LeFlore County Sheriff's office said their investigation led to two more children at Chase's school who were doing the challenge.

They said both girls have stopped playing and are now getting help.