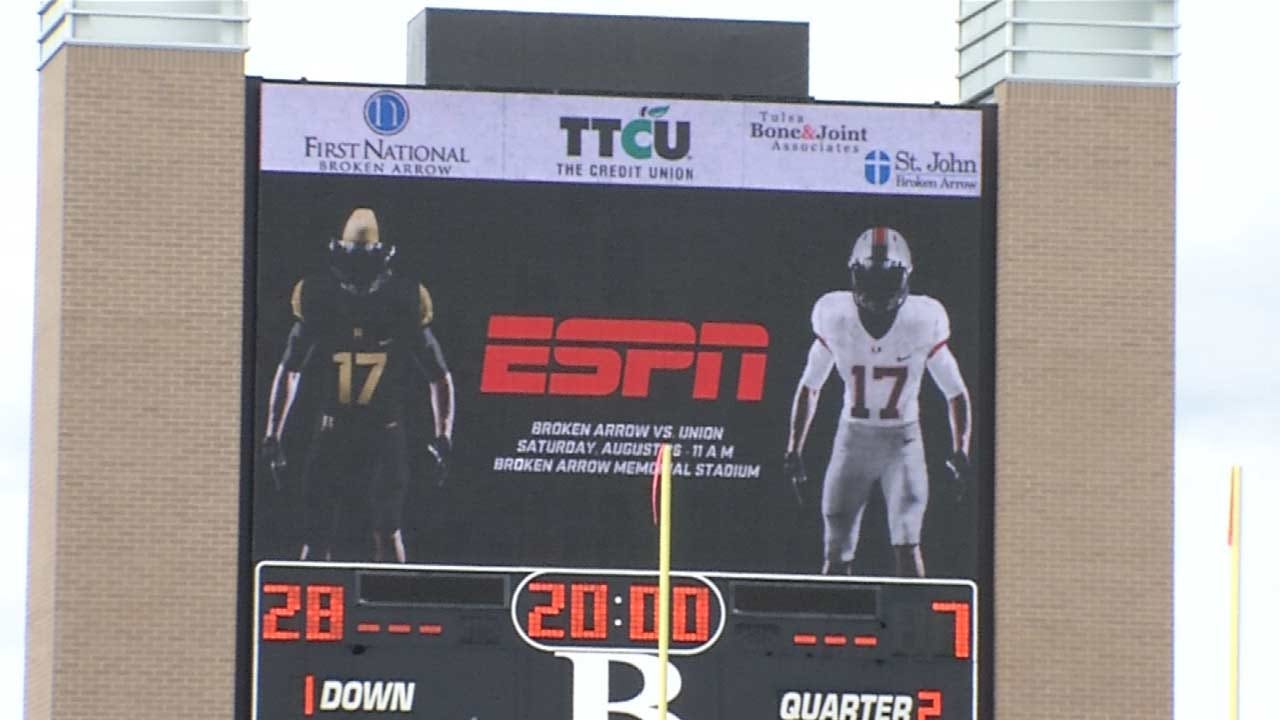 As the two biggest schools in the state, the match gets a lot of interest across Green Country. Now, they’re going to, arguably, the biggest stage in sports television - ESPN.

The Tigers and Redskins will face off 11 a.m. Saturday morning in a national showcase for OK Preps.

"To play on ESPN does bring a different mood to us, brings a different mood to meetings, to the practice. You know we're very proud and honored to be hosting it at BA. To have ESPN here, this is great thing for Oklahoma football, to get some exposure here is fantastic," said BA head football coach, David Alexander.

Union head coach Kirk Fridrich said, "You know, to have an opportunity to play on ESPN is a really neat thing for our football program, as well as the state of Oklahoma. Gives us a chance to showcase our school and what football's like in Oklahoma.”

As for the match-up, it's a rivalry that’s been pretty one-sided. Union has won 35 of the last 36 matches, including both last year.

BA's young at key spots but has the home field advantage.