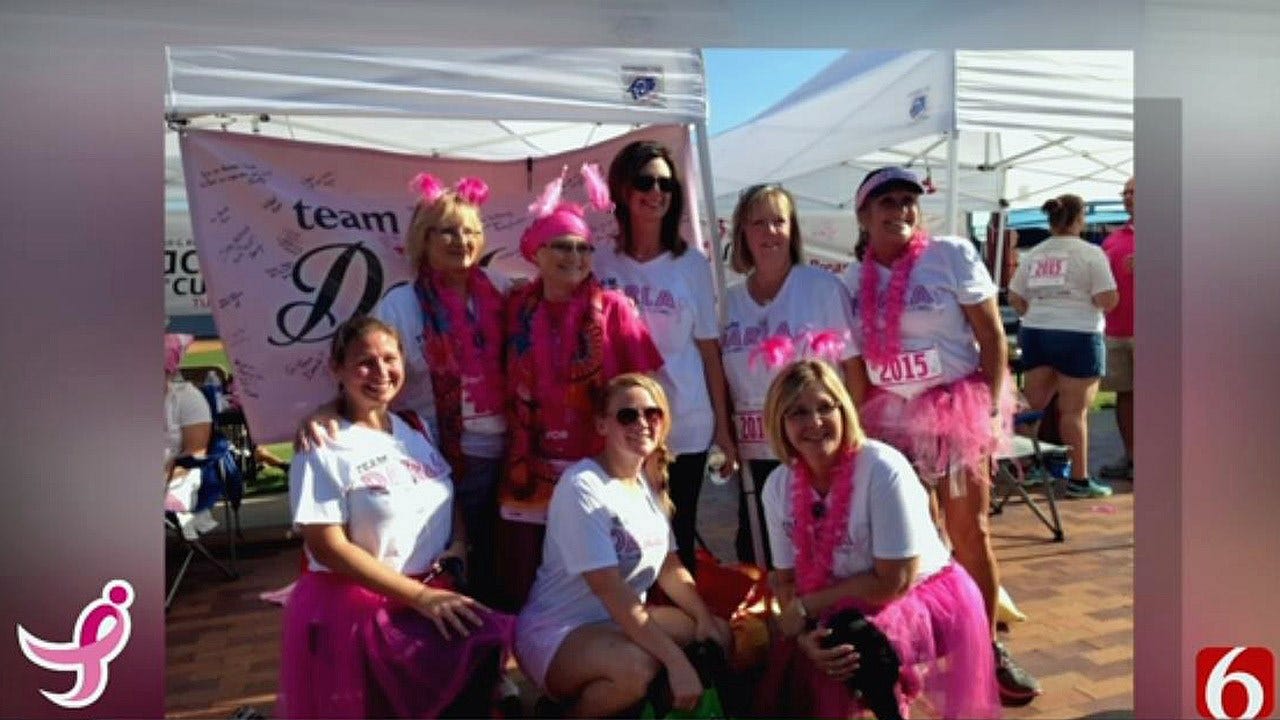 A diagnosis of breast cancer impacts not only the patient but those around them. For their family and friends and even co-workers, it can be a scary time.

But, two women were there for each other and now, together they plan to race for the cure.

Darla Metheny works at WPX Energy and was grateful to her company, her co-workers and her boss for helping her through her breast cancer diagnosis back in 2015. When she got that news, it was overwhelming.

"You're immediately thrown into going to the doctor all the time and you're a very conscientious employee and you're like, 'oh my gosh, I've got to be gone' and you're constantly gone and you don't want people you work with to think you're a slacker. You just have to go to the doctor all the time," said Methany.
Surgery, chemotherapy and radiation were to follow and then the most interesting turn of events. Her boss, Angela Kouplen, got the news - she too had breast cancer.

"It was so ironic you know she finished up her journey and we're supporting her all along the way and then I was diagnosed and it was one of these very sudden things and the first person I wanted to call was Darla. Darla, I don't know what's going on. Can you give me some scoop?" Kouplen said.

Darla could understand what Angela was going through and could now be there for her boss.  For Angela, who's vice president of administration and chief information officer, her job is demanding. Add to that, three children, ages 7-10 & 13.

"When he said you have to have chemo, I said oh dear... that means I have to lose my big hair and I love having hair and he said yes you will but he said it will grow back and it is starting to grow a little now but I think that was the hardest part because when you're going through it and you have three children and they hear your mom has breast cancer, they are worried and so as a mom you're trying to put on this brave face every day to make it feel like everything else is normal," Angela said.

Angela has chosen to wear scarves that her children help her pick out. Darla opted for a wig.

"You're an inspiration. You hear your story and you think oh that will never happen to me and then it does and then you think I can do it because I see other working women do it," Angela said.

Now, both Darla and Angela are preparing for the Komen Race for the Cure. Their company is sponsoring a team to honor both of them and their family, friends and co-workers will be there as well.

The Komen race for the cure is Saturday, September 30th at River Spirit Casino. There's a half marathon, timed and untimed 5k and a fun run.

You can form a team or join LeAnne's by clicking here.