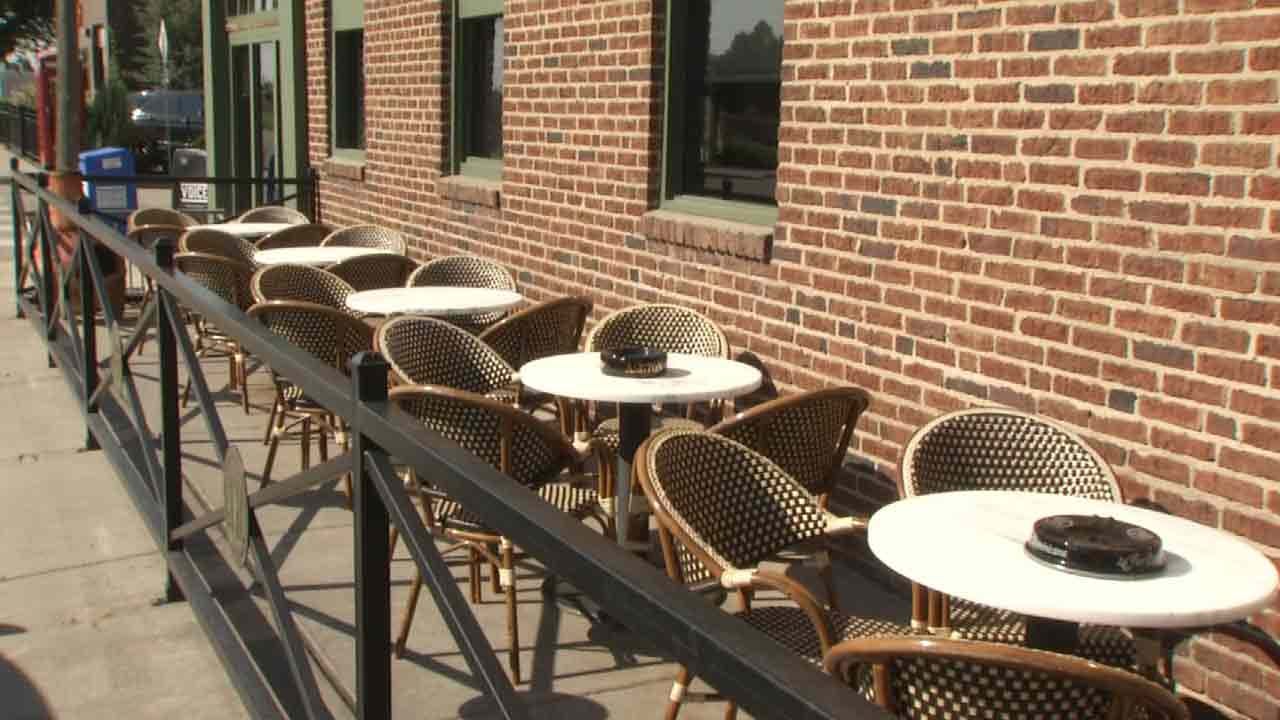 The City of Tulsa is cracking down on some bars and restaurants by enforcing rules on what they can do with outdoor patio space.

Bars and restaurants are opening across Tulsa, but some businesses are feeling the growing pains as the City cracks down on what they can do with outdoor patio space.

Hodges Bend has been open in Tulsa’s East Village for five years and its patio space is a big draw for the business, but the owner said he's been going back and forth about what exactly he can and can't do with the patio space.

"When we initially filed for a permit we didn't have any issues with having a patio outside," Chip Gaberino said.

But now, the City is telling him that federal law requires eight feet of sidewalk in a high-traffic area, and the four feet he currently has are leaving him in violation.

"We don’t even have an eight-foot wide sidewalk, so that isn't even a possibility - to have a four-foot wide ADA compliant walkway as well as a patio," Gaberino said.

A glance down Cherry Street and Brookside shows similar patios - almost all with less than eight feet of sidewalk space.

"The progress over the last five years, and what the law is, and who is implementing it and when to implement it has kind of been difficult to predict," Gaberino said.

The Tulsa city engineer said they are waiting for the release of a walkability study at the end of September.

They said they "know there are variations in widths of public sidewalk and right of ways across the city, and there are definite ADA regulations for access and walkability…Some outdoor opportunities will exist and others won’t just based on their specific location.”

Gaberino said, "I would really like to figure out who needs to be in the position to put together a team to make a decision to figure out how to allow variances for restaurants where it is appropriate."

The city engineer said once the study is in they are committed to addressing the growing problem as pedestrian zones are revitalized across Tulsa.