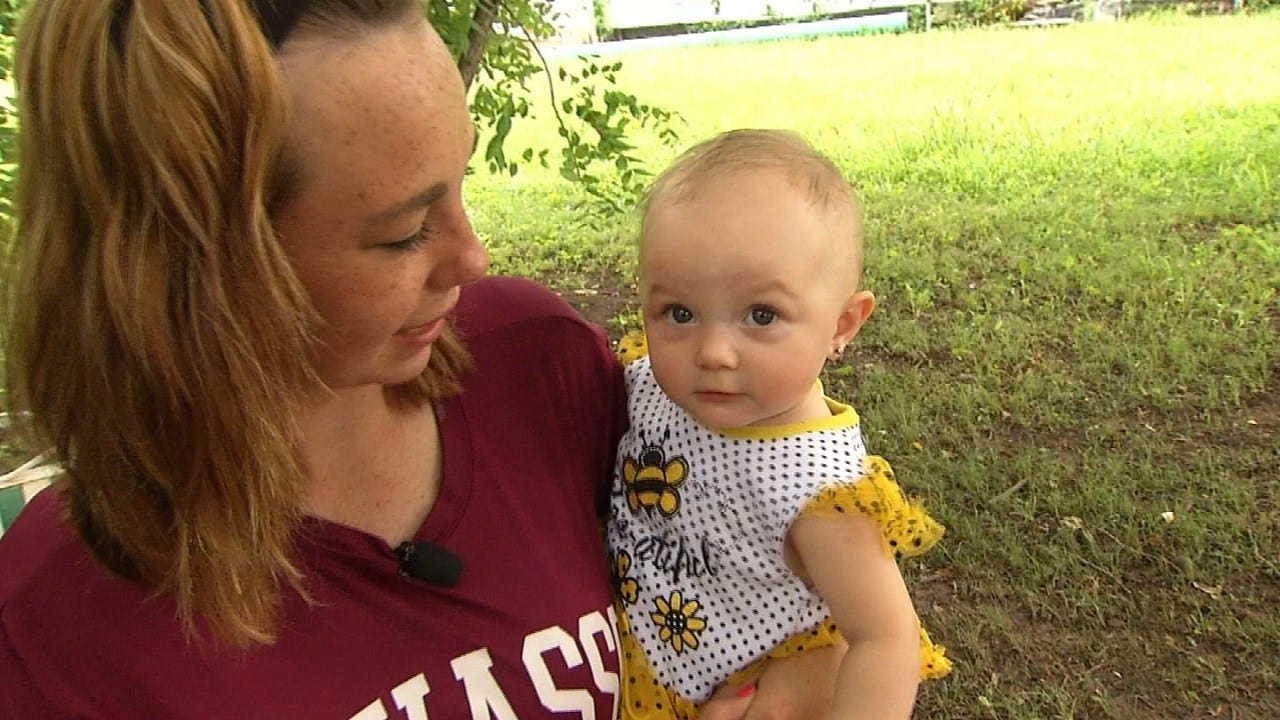 A Green Country mother is sharing the story of her baby's suspected abuse.

Douglas Allembaugh is charged with hurting his 7-month-old daughter.

The baby's mother said it's a miracle her little girl is alive.

Cleveland police say the mother did everything right.

She noticed bruising on her daughter and took her to a hospital, and when doctors told her the injuries were from abuse, she went straight to police.

Little Addalynn is smiling and laughing, doing much better than she was nearly two weeks ago.

"It tears you apart, seeing your child like that," the girl's mother, Chelsea Dawson, said.

Addalynn was in a hospital bed being treated for injuries her dad is accused of causing.

"It was the most terrifying thing I've been through," Dawson said.

Prosecutors say Douglas Larmie Allembaugh squeezed his daughter so tightly to get her to stop crying it caused blood vessels burst in her eye and bruises on her body.

Dawson was only away for an hour, she says, for a job interview.

She's been blaming herself.

Doctors told Chelsea the injuries were similar to those of Shaken Baby Syndrome.

Addalynn is not expected to have any lasting effects.

"They told me that she's Lucky to be alive. If we hadn't have shown up when we did then she probably be dead," Dawson said.

Dawson said her husband had been a great dad —  never violent — but she's left him and says there's no going back.

"My daughter's more important than any guy," Dawson said. "I couldn't do life without her. She's my pride and joy."

Cleveland's Police Chief Clint Stout say Allembaugh admitted to squeezing the baby and reportedly told the chief he realized immediately after what he did was wrong.