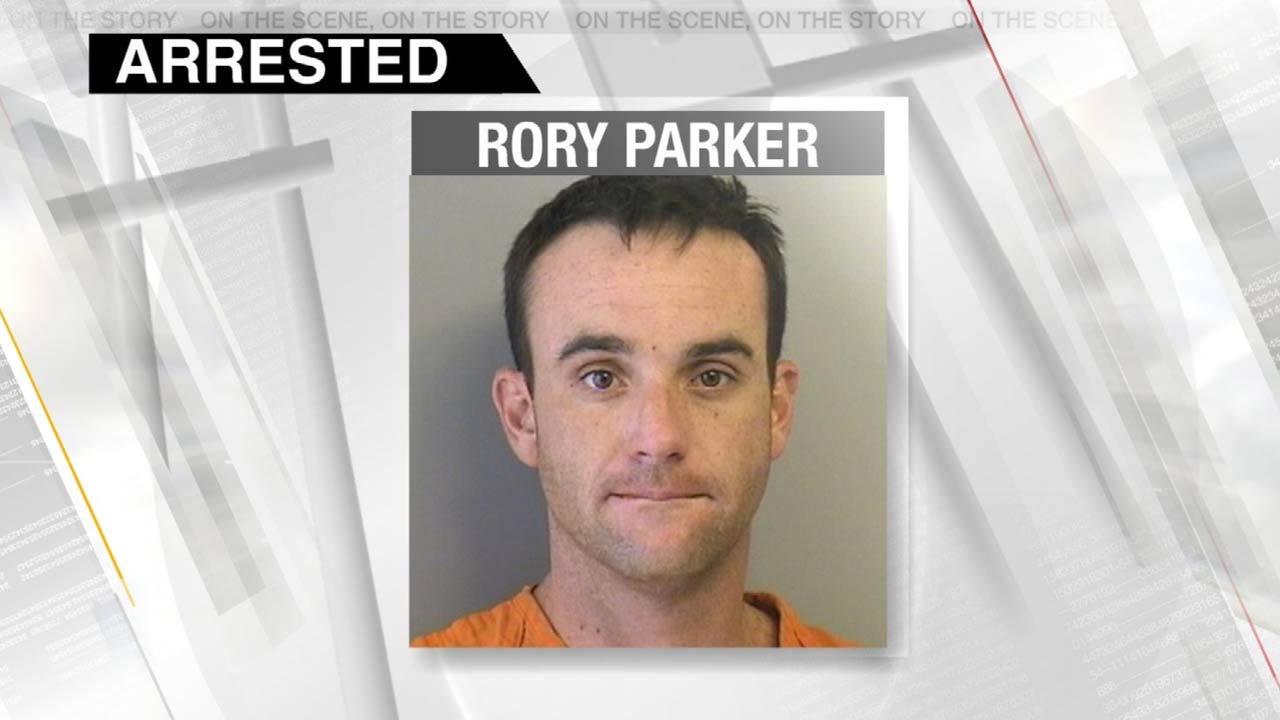 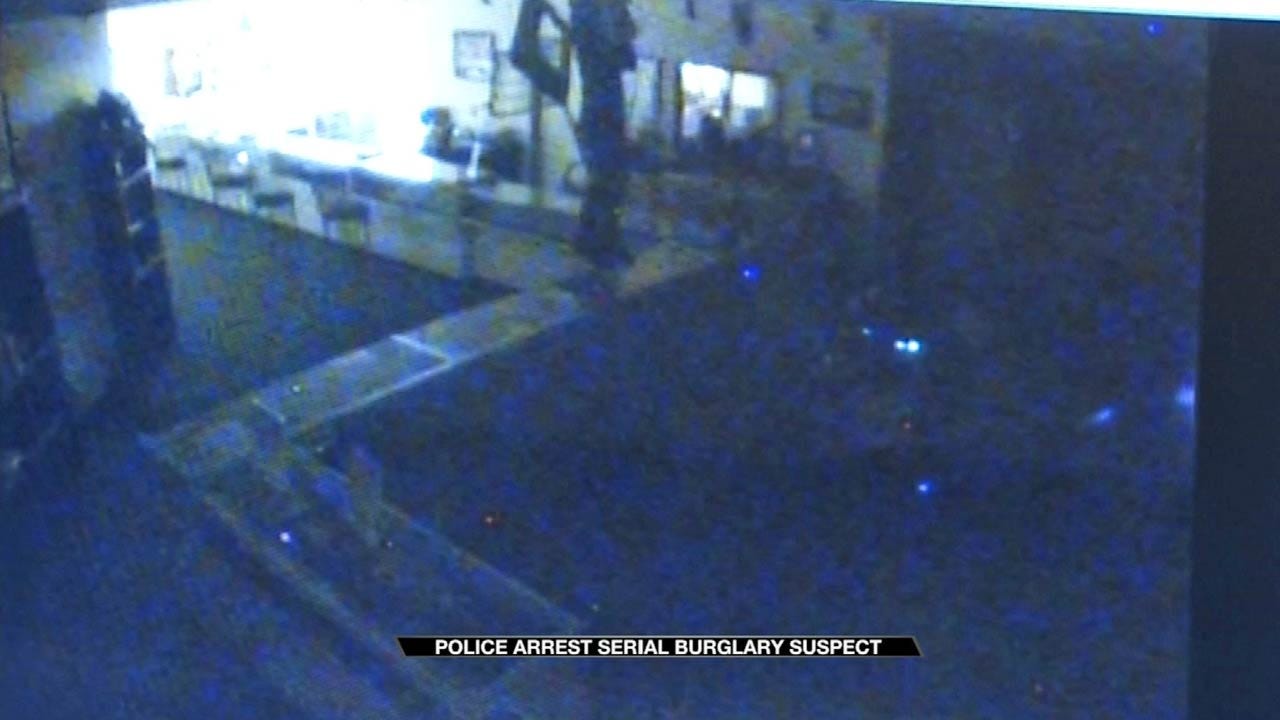 Surveillance video shows a man breaking into a Tulsa store and taking nearly $100,000 worth of items.

Tulsa Police said Rory Parker went inside the Tulsa Gold and Silver near 41st and Sheridan through an A/C vent on the roof the morning on Friday, July 28, 2017.

Officers caught up with Parker near the store and took him into custody. They said it may not be the first business he's broken into this way.

Investigators said he may be responsible for more than 20 similar burglaries since April.

Police are looking into whether two businesses near 50th and Peoria may have been hit by Parker, too.

Friday evening, Tulsa Police recovered a bunch of stolen cell phones; and while they don't know if they came from Boost Mobile, employees there, and next door at Lara's Beauty Salon, both said someone broke in through the roof.

At Lara's Beauty Salon, employees are wondering why someone came through the ceiling and stole about $2,000 worth of beauty supplies.

The family said the thief actually got away with the products pretty easily - all he did was slide the door open and took what he wanted.

"We're gonna buy a new case with a lock on it, and maybe a new cash register. Something more secure," Lara said.

While officers have not directly linked Parker to Lara's Beauty Salon, climbing in through the air conditioning vent is the same way police say he broke into five businesses, including Card Hub, where officers say he stole $5,000 worth of gift cards, and Caravan, where all he wanted was a bottle of Patron.

Police are now investigating whether Parker is connected to more than 20 break-ins.

"Currently we're only able to prove five of the 20. Obviously, the detectives are still working on these investigations," Officer Jeanne Mackenzie said.

No matter how many businesses police say Parker stole from, Lara has one thing to say to a thief, "Just get a job and you'll be able to maintain yourself."

Tulsa Police urge any other businesses who may have had similar break-ins recently to report it to them.