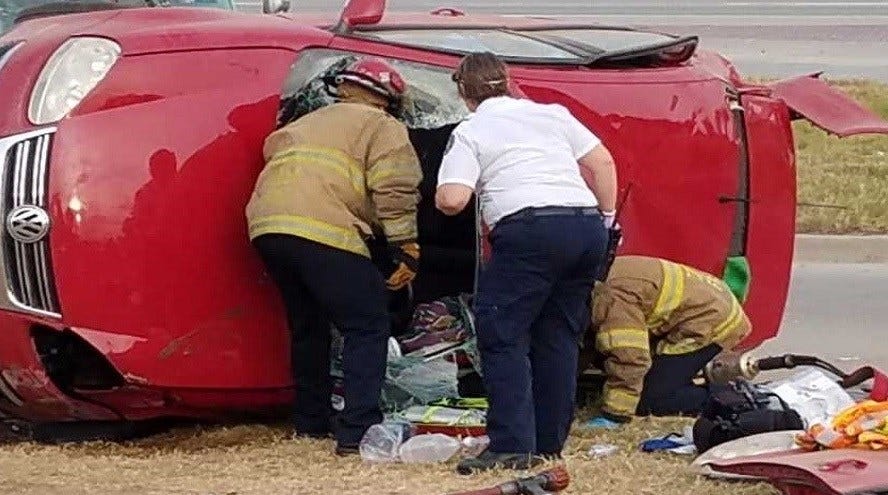 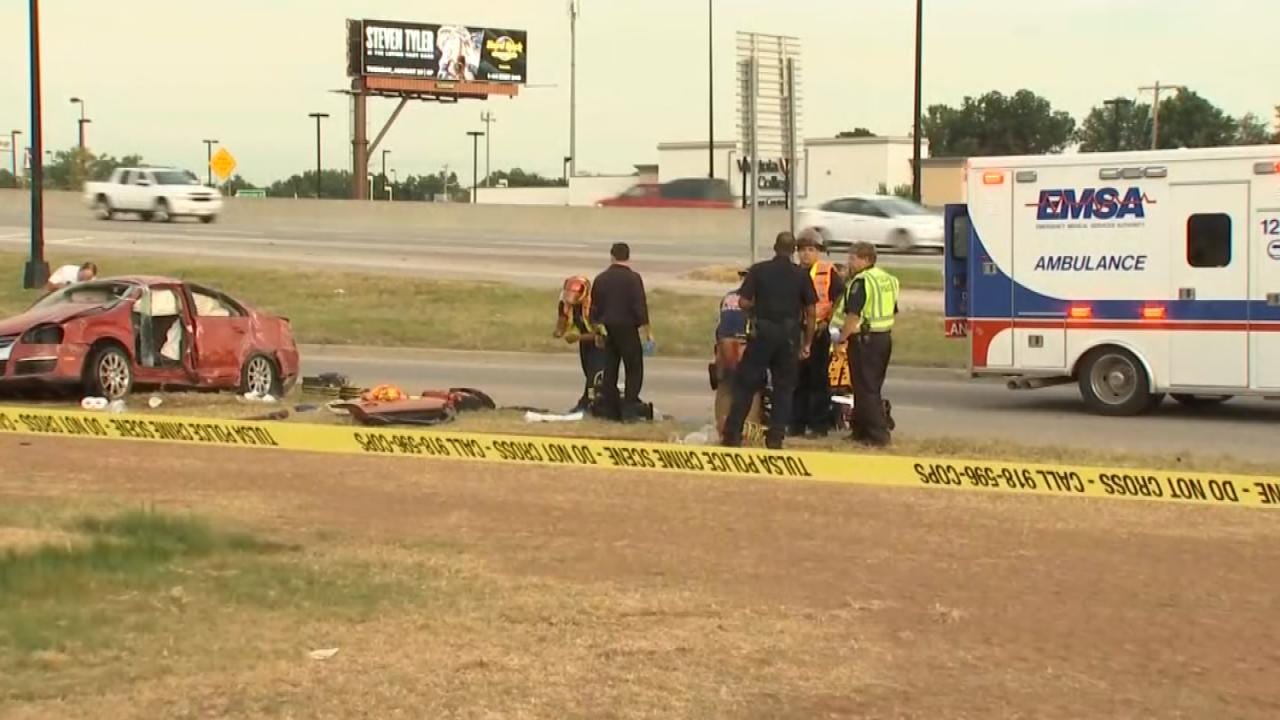 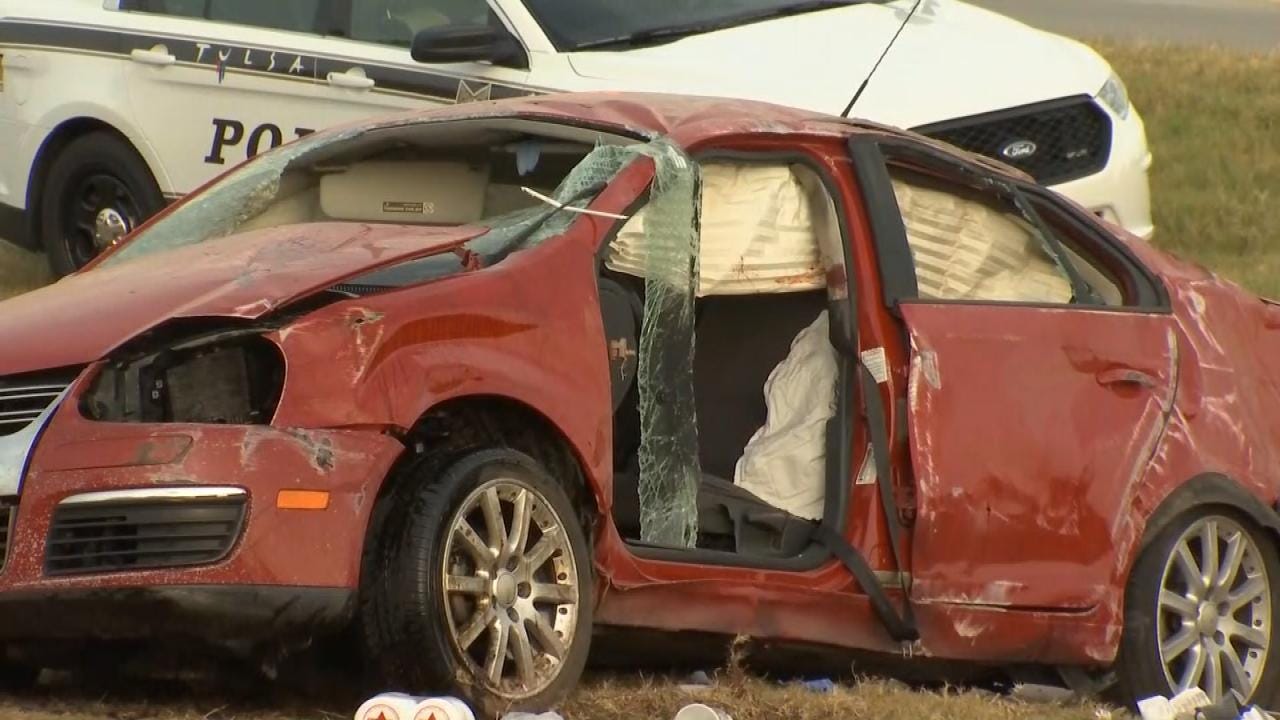 The Oklahoma Highway Patrol says a 61-year-old Tulsa man died after a rollover crash on I-44 just west of Peoria Thursday evening.

He was identified as Markus Marshall.  A passenger in the 2008 Volkswagen Jetta, Natasha Dennis, 29, of Tulsa was taken to the hospital where she was treated and released.

OHP troopers believe Marshall was driving while intoxicated.  They said both Marshall and Dennis were not wearing a seat belt at the time of the 7:44 p.m. crash.

"It should be common sense that alcohol and driving don't mix anytime you're buzzed your impaired. Your actions are slower you're not fully there and you can't make last-minute decisions like this man tried to do today. He did it poorly and it cost him his life," said OHP Trooper Aaron Kern.

The OHP report stated the car was westbound on I-44 when it went off the road, rolling a number of times before coming to a stop on its side on the north side of Skelly Drive.

Marshall, was partially ejected and died at the hospital.

The crash shut down the on-ramp from Peoria to westbound I-44 for just under two hours.