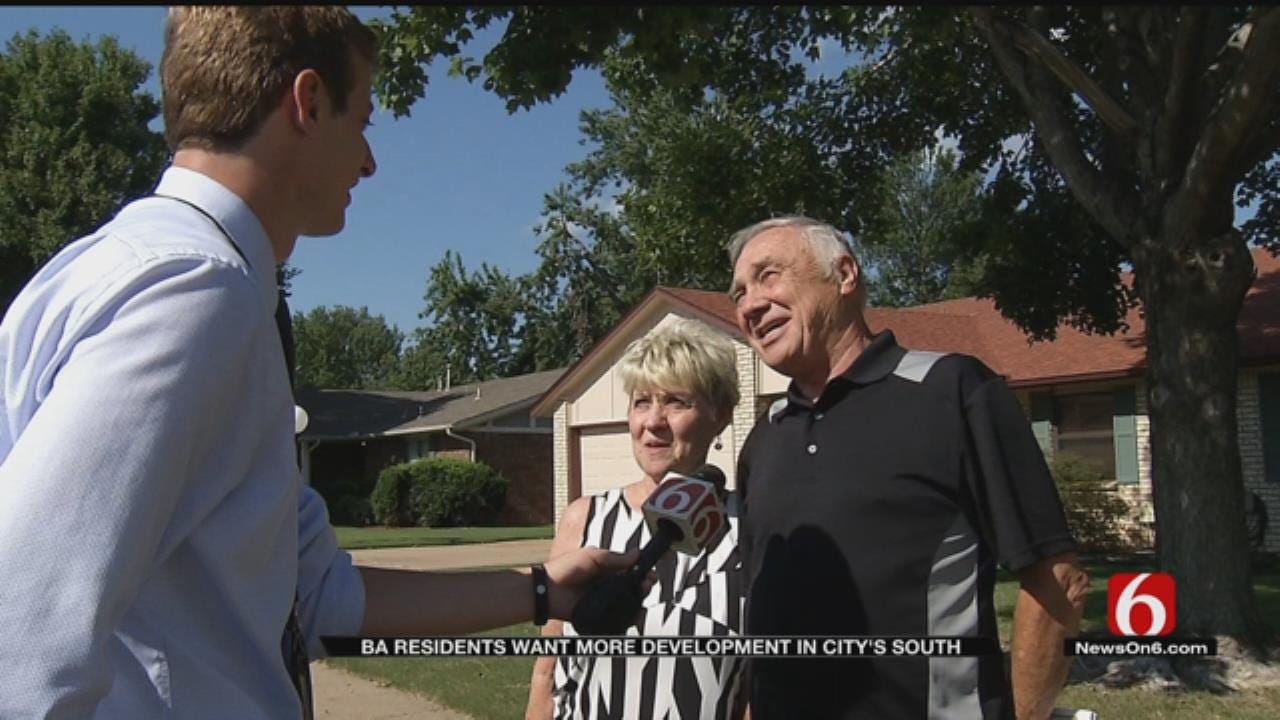 The construction on Broken Arrow's Main Street is complete and the city is poised to expand.

The Rose District and the north part of Broken Arrow got a lot of work.

Now, some living in the city's south side hope they'll see development next.

You may have visited the Warren Theatre in Broken Arrow along the Creek Turnpike.

But if you went, odds are you left the area after.

Some residents are hoping to capitalize on the traffic and want the city to as well.

Broken Arrow is a city on the move.

The city has been home for Ed and Martha Clingerman for more than 30 years.

They're delighted to see the city finish the Rose District expansion and end the detour.

"Oh I love it. It brings back the memories of the old Broken Arrow when we moved back here in 1980," Ed Clingerman said.

It's also been good the downtown shops.

A quiet, quaint, family-focused place to escape to.

"A lot of customers that are moving into south Tulsa, It gives them something to do, they don't have to go downtown all the time," Sanchez said.

But the city's not done.

It just added a seventhth ambulance with plans to add three more this year to accommodate population growth.

"We'd like to have it come south, also. We want it down here at our end," Martha Clingerman said.

"We got a good theater, we got a good Walmart, now we could use some nice restaurants to go eat at," she said.

Even if Ed knows his pocketbook could take a hit.

"We could use some different retail. Hate to say that 'cause Martha likes to shop, but, you know we could use those places," Ed Clingerman said.

"There are plenty of people down here. Plenty of housing developments, and I believe you put the shops down there and people will come," Martha Clingerman said.

The city is holding a meeting on Aug. 22 to inform people of the steps it's taking to bring business to the south side and get input.