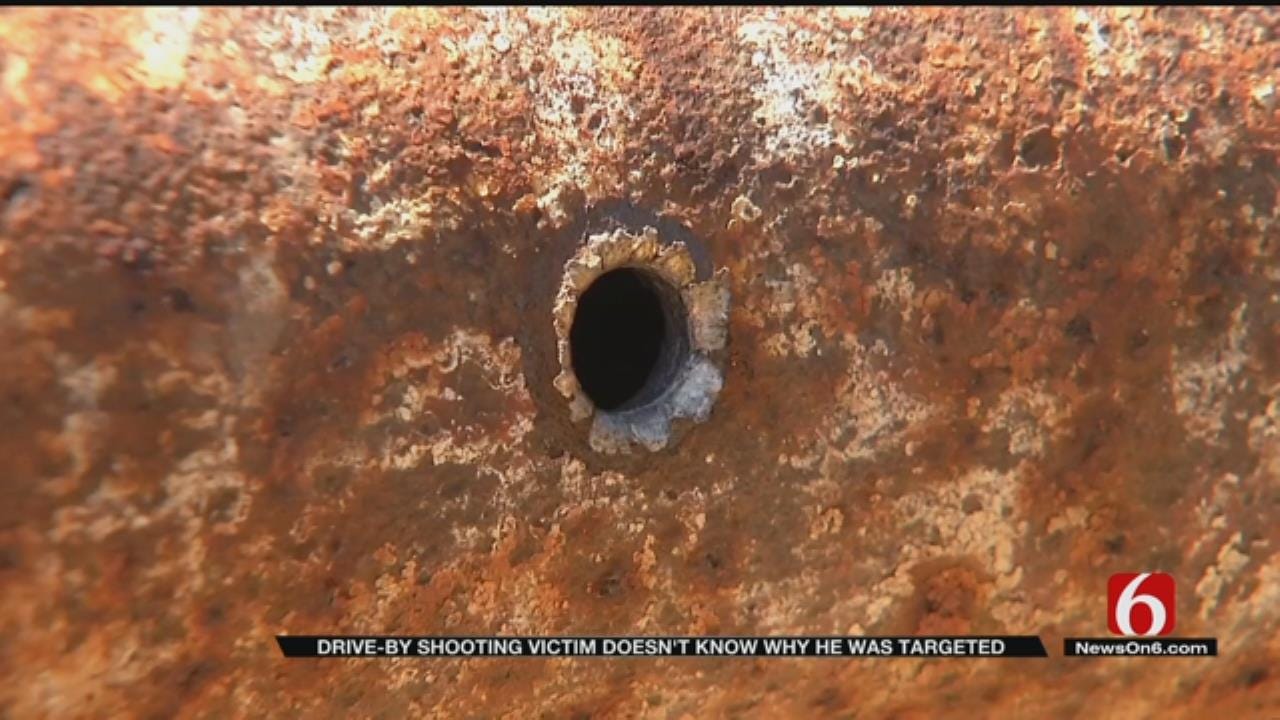 The victim of a Sunday Creek County drive-by shooting shared his story with News On 6.

Police say Shawn Sexton shot up a house in Bristow, injuring one.

He's also accused of leading police on a chase, and shooting at them before being shot himself and crashing.

The man who got shot, John, says he's counted at least a dozen bullet holes in his house, car, truck and gate.

His daughter was playing just inches away from where one of the bullets entered their home.

He says he doesn't know why his house would be targeted.

"I still had concerns in the back of my mind I guess you can say I know any little noise just woke me up just now," John said.

Investigators are still asking anyone who knows anything about the shooting to come forward.