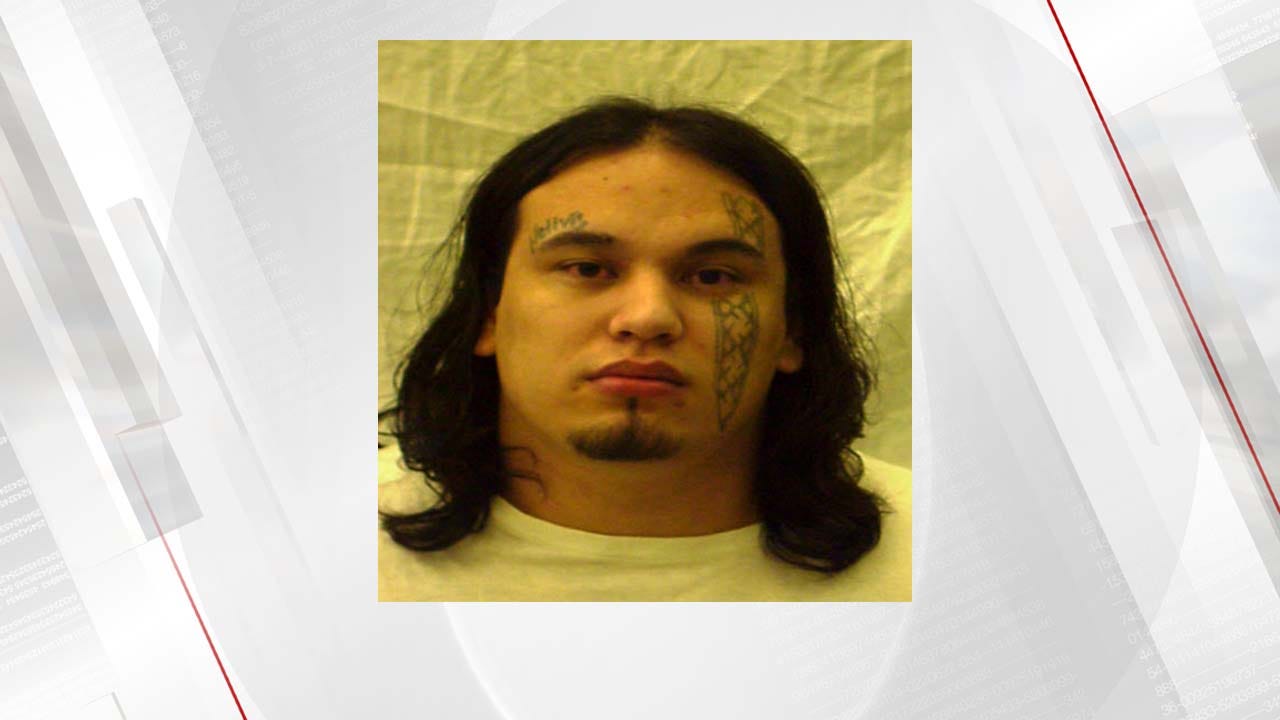 A suspect shot by Bristow police is  alive but facing a a long list of felony charges.

Police say the suspect Shawn Sexton shot up a home before firing shots at officers.

Police and OSBI had three scenes to work this afternoon. The first scene started in Slick, from there officer caught up with Sexton in the Bristow. The situation finally came to an end on highway 48.

Around 4 this afternoon, Bristow police were told to be on the look out for a man who had just shot up a home out in the county.

Police were waiting on him. As soon as Sexton spotted police, they say he started shooting. He even hit one officers car. The officer started chasing the suspect, then another officer joined in.

During the chase, police say Sexton kept shooting his gun out of the window. At one point a shot hit a car passing by. The car ended up crashing on side of the road.

"He caught some fragments is my understanding on that glad to say he's going to be ok so at this point we have  a lot of crime scene stuff to do and hopefully we'll get some calls in," said Kevin Garrett of OSBI.

Police say Sexton eventually crashed out too. They took him to the hospital to be treated and he will be going to jail.

Investigators say they still need your help. They want anyone who saw anything to give police or the OSBI a call.