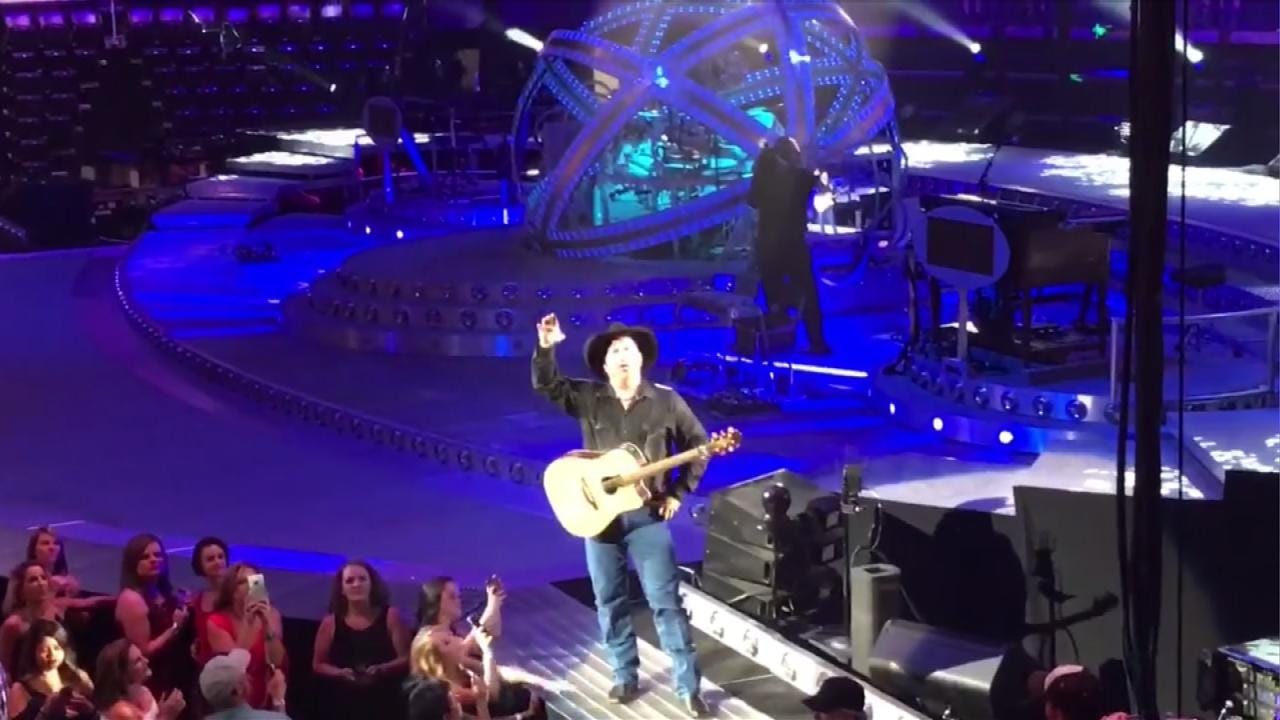 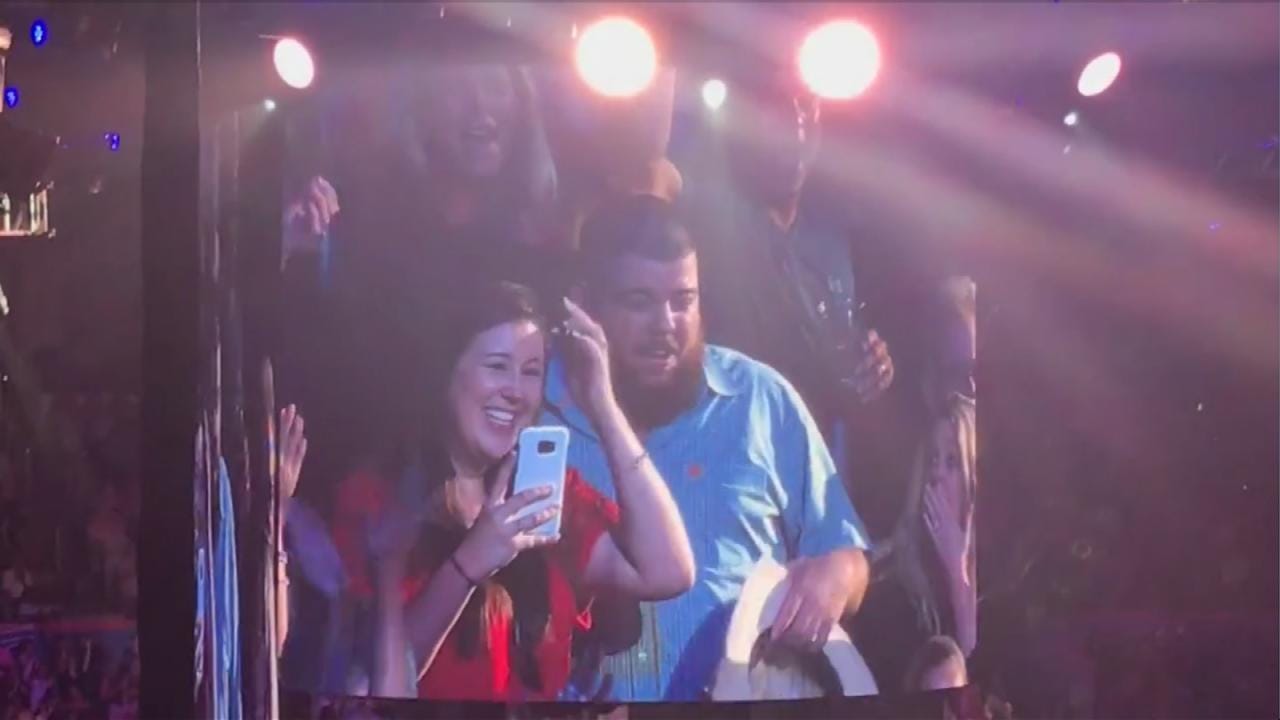 A couple got an unexpected surprise after getting engaged during the Garth Brooks concert in Oklahoma City Saturday night.

Brooks stopped mid-song to get to know the couple before offering to pay for their honeymoon in Hawaii.

"Chelsea, where are you going on your honeymoon?  No idea, well if you decide to go to Hawaii, Mrs. Yearwood  and I will pay for it."

Bargsley says he's been planning the proposal for three months.